What Ukraine's children need amid the trauma of war

Over 5 million people have fled Ukraine, mostly women and children, while 7 million remain displaced inside the country, all of them in urgent need of humanitarian aid. Here’s how the IRC is helping.

According to the United Nations, two-thirds of children in Ukraine have been displaced from their homes, with the two-month-old conflict showing no signs of resolution. Many of these children have been living in bunkers as their towns and villages are bombed; those who have escaped to neighbouring countries are also coping with emotional trauma. 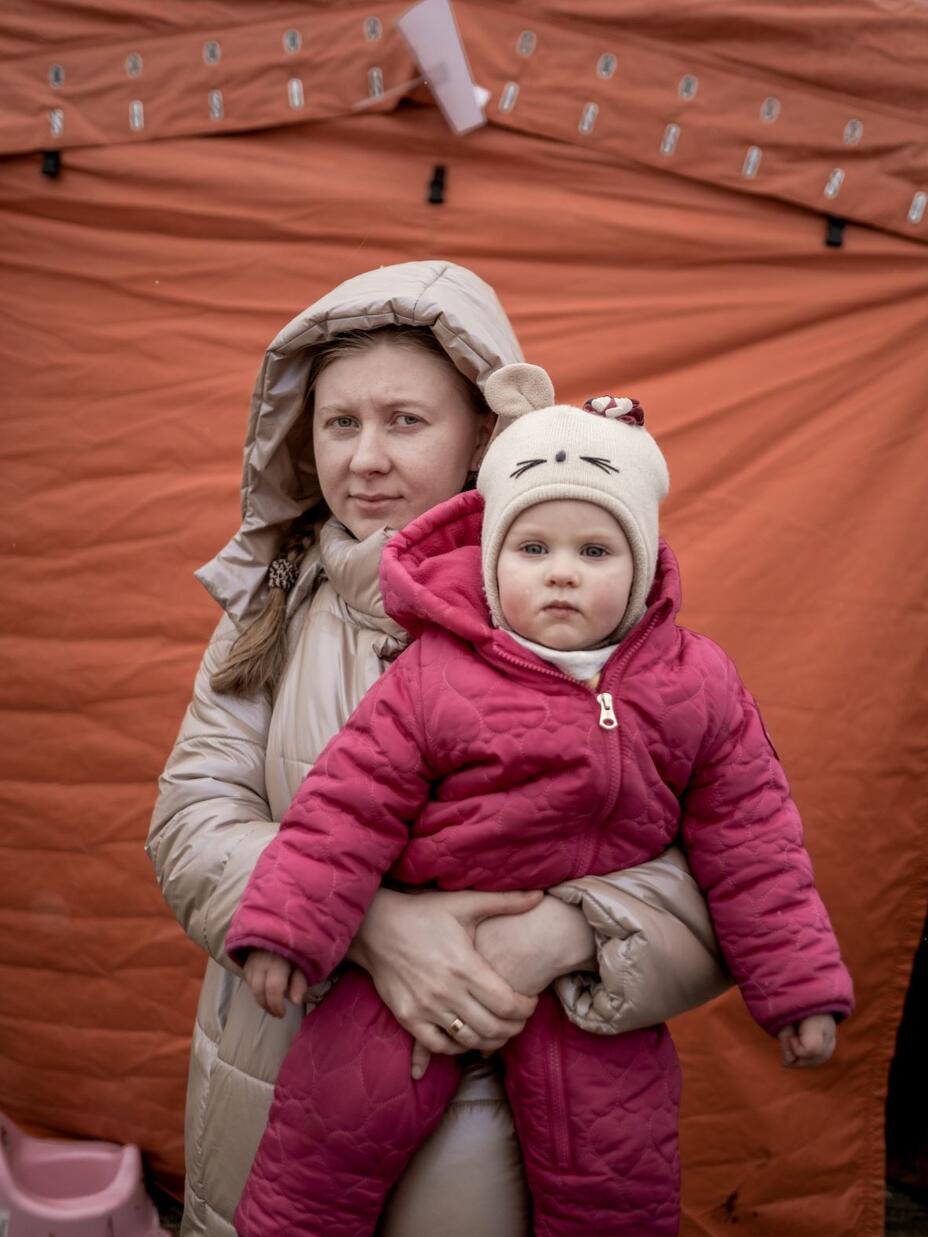 31-year-old Iryna was still on maternity leave with her firstborn when the conflict between Russia and Ukraine escalated. She evacuated to Poland with her sister and their children, leaving their husbands behind since men were not allowed to cross any borders.
Photo: Francesco Pistilli for the IRC

Addressing the unique needs of children is an important part of the IRC’s work with local partners inside Ukraine and in Poland, where over 2.9 million refugees from Ukraine have found shelter. Go inside our response.

Children arriving in Poland in recent weeks have seen and heard terrible things. Many had to shelter underground as attacks intensified around them.

“Trauma may not show right away,” says Heather Macey, who led the IRC’s initial response in Poland. “But then you go to a [refugee] reception centre, and there’s silence. The children are not playing. That’s not normal.”

"I have been heartened to witness an entire country mobilising to provide refugees with a warm welcome."
The IRC's @NancyjDent pens her experience on the border of #Ukraine. ↓
https://t.co/uX4zFOy7Yf#RefugeesWelcome

IRC staff and partners have also heard of numerous incidents of children crying or wetting themselves as a result of the trauma they have endured.

Exposure to trauma can have a long-lasting impact on a child’s health and future. This includes the risk of “toxic stress,” a biological response to prolonged and severe adversity that disrupts a child’s brain development.

Men of military age are not allowed to leave Ukraine, which means that many women and children forced to flee the country are travelling alone. “The mental and physical toll of conscription, which has caused millions of families to separate, has been immense,” says Macey.

Many women arriving in Poland and other countries as refugees may find themselves living on the margins without local contacts, language skills, or job opportunities that will enable them to provide for their children. 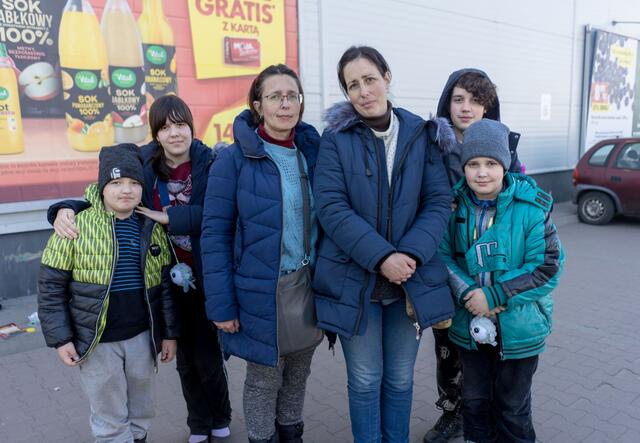 Sisters Marta* and Oksana* fled violence in Ukraine and the only home they've ever known. "[Our husbands] left us at the border, and now they're driving back because someone needs to protect [Ukraine]. We decided we need to protect the children so they could grow up because they are our future."

Based on the IRC’s experience in some of the world’s most dangerous conflict settings, we know that women and girls are especially vulnerable to exploitation and abuse in a crisis like this one.

When the IRC surveyed refugees from Ukraine in Poland, 28 percent reported being at risk of human trafficking, while 19 percent experienced some form of physical or sexual violence.

Many refugees fear that the situation could worsen. Of those surveyed, 36 percent were worried that their families would be separated further. Mothers have said that the psychological impact of the crisis on their children has been devastating.

A safe space for children

The IRC is working with local partners and the government in Poland to put in place services for children who are traumatised, including what we call Safe Healing and Learning Spaces. These provide a caring and predictable environment where children can go during the day.

“They’ll have a much better prognosis if we can work with them, and support their mothers, immediately,” says Macey. “If we don’t, it can take months or years for children to work through and process these emotions.”

In Warsaw, this approach will be a stepping stone to the full integration of children into the school system. The IRC will also be partnering with a local organisation focused on children’s transition within schools, which will ensure a complementary approach. Children will be assigned assistants who will support them as they settle into Polish classrooms.

In Poland, the IRC is working with three local organisations to meet the needs of families displaced from Ukraine, many of whom are staying in shelters across the country: 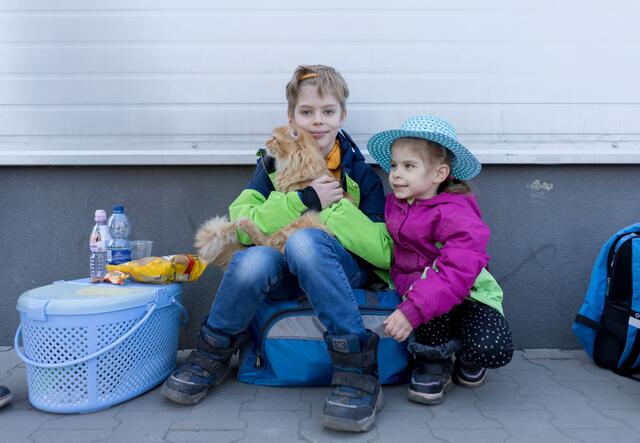 8-year-old Maxim* and his family stayed in Ukraine for as long as they could so that his 4-year-old sister with special needs could continue her treatment. But when her hospital started getting overwhelmed with casualties from the conflict, her doctor told them to flee to Poland where there was a hospital that could help them. Now safe in Poland, they hope for the day they can return home and rebuild their lives.

The IRC is also responding inside Ukraine with our Ukrainian partners, supporting evacuation efforts for women and children, providing psychological care and delivering groceries, blankets, warm clothes, stoves, cash and other essentials to displaced families.

^These are Ukrainian refugees’ top concerns as they begin to rebuild their lives in a new country. Here’s what the IRC is doing to help, and how you can support: https://t.co/hdfZKsfrLd

But what Ukrainian children need most of all is to be home with their whole family and to be safe.

“Civilians, especially women and children, must be protected at all costs,” says Macey. “The ultimate solution lies in Ukraine; we need an immediate ceasefire and an end to the violence.”