Yemenis face an uncertain 2022 as the conflict-driven economic collapse deepens despite a relative lull in fighting. Yemen drops from the top of the Watchlist for the first time in three years not because of an improvement in the humanitarian situation but because crises in other countries are worsening even more rapidly. Here’s what you need to know about the growing humanitarian crisis in Yemen.

In 2021, armed conflict escalated in Marib governorate and spread to new areas like al-Bayda and Shabwah, while tensions also escalated between the Internationally Recognized Government (IRG) and the Southern Transitional Council (STC). Yemen is a case study of the cumulative impact of protracted conflict, which has progressively destroyed livelihoods and critical systems people cannot live without over the six years since a Saudi and Emirati-led coalition intervened to support the IRG against Ansar Allah (AA), commonly known as the Houthis. With humanitarian access heavily restricted in many areas, aid organizations’ ability to meet Yemenis’ needs is constrained.

“Yemen is still one of the largest humanitarian crises in the world—more than half of Yemen’s population is unable to access food for survival, and the rate of poverty and hunger is increasing every day,” says IRC economic recovery and development manager Ebtihal Ghanem.

Yemen is still one of the largest humanitarian crises in the world.

“The world must not forget Yemen is facing a critical humanitarian crisis due to seven years of war. Despite seven years of destruction, ordinary Yemenis are still hoping for peace.” 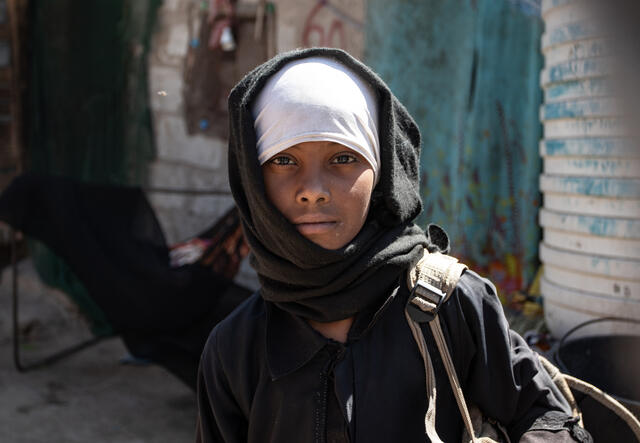 Aisha, 10, lives in Sahdah camp in southwest Yemen. Violence forced her and her eight family members to flee their home community.

Conflict will persist in 2022 given the lack of diplomatic progress.

Localised ceasefires have not yet translated into a wider peace process. The 2018 Stockholm agreement ended the coalition-backed offensive toward the Ansar Allah-controlled northern port city of Hodeidah, but it has not led to a wider agreement, and AA advanced in both Marib and al-Bayda governorates in 2021. Likewise, the 2019 Riyadh agreement between the STC and IRG ended major fighting in Aden, the IRG’s capital, but significant tensions persist between the two and sometimes translate into fighting. Adding to instability throughout the south, protests driven by anger at the poor economic situation became increasingly violent in 2021. The AA-IRG and STC-IRG conflicts will continue and could trigger renewed major violence at any point as all sides seek to gain power via military operations given the lack of strong incentives to engage in a political process.

Economic collapse and the destruction of health, education and other critical systems due to years of conflict will continue to push Yemenis deeper into need.

Needs are rising throughout Yemen, not just on the frontlines of conflict, underlining that the systemic impacts of the war are increasingly the core challenge in Yemen. In particular, 15.6 million people are now experiencing extreme poverty. Inflation is growing, particularly in southern Yemen, with 1 U.S. dollar in December 2021 worth 1,670 Yemeni rial in the south—a rise of 140% since the start of the year. But the economic crisis is not just a side effect of the conflict; parties regularly weaponize the economy, for example by competing for control of the Central Bank. Meanwhile, most doctors, teachers and other civil servants have not received reliable salaries for years, undermining critical public systems. Without salary subsidies paid by the IRC and other humanitarian organisations, many of Yemen’s existing public systems would collapse entirely. Moreover, 229 schools and 148 hospitals have been damaged by conflict or used for military purposes since 2015. 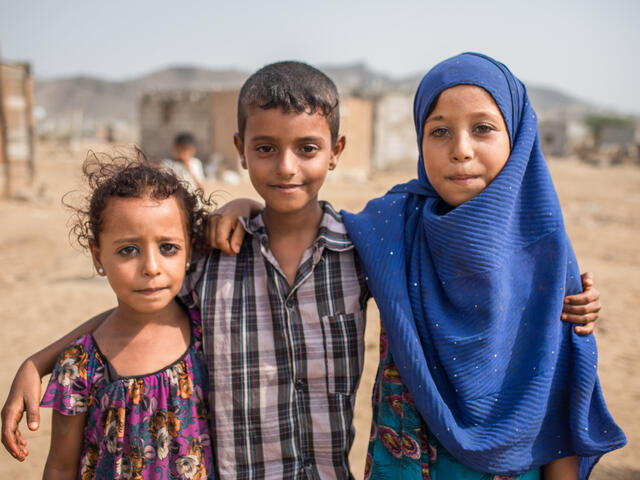 Millions are and will continue to be food insecure, driven by the collapsing economy.

In the first half of 2021, 54% of the population faced crisis or worse levels of food insecurity, including 47,000 at the worst level. The COVID-19 pandemic has compounded the situation by disrupting supply chains and further reducing incomes. Food assistance is helping to avoid the crisis tipping over into famine, but persistent underfunding for the humanitarian response has led to repeated cuts in food rations. In 2021, the World Food Programme warned that it expected to reduce rations for 5 million Yemenis by the end of the year. At the same time, the cycle of crisis cannot be resolved until the conflict is addressed and Yemeni economic life is allowed to resume.

Humanitarians’ ability to address the needs of Yemeni people will continue to be limited by restrictions on humanitarian access, imposed by all sides to the conflict.

In the AA-controlled areas in the north, where around 70% of Yemenis live, the key concerns relate to bureaucratic impediments, such as months-long delays to receive permission to implement humanitarian projects, demands for information about clients of projects, and more. In the south, the proliferation of actors and lack of central power has fed insecurity that regularly disrupts humanitarian activities. For example, 2021 saw multiple incidents where aid workers’ vehicles were hijacked—including two IRC vehicles. 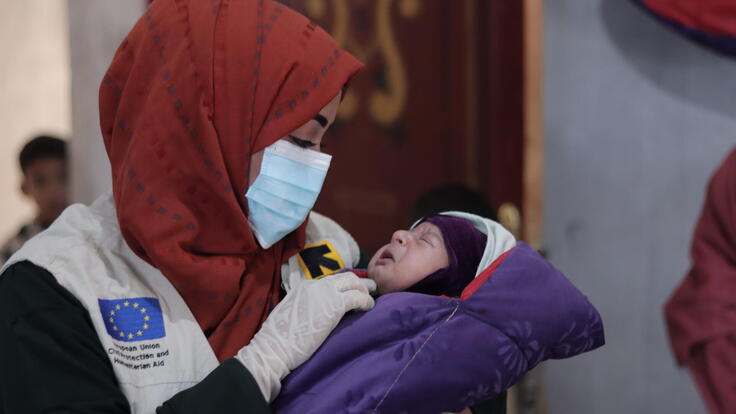 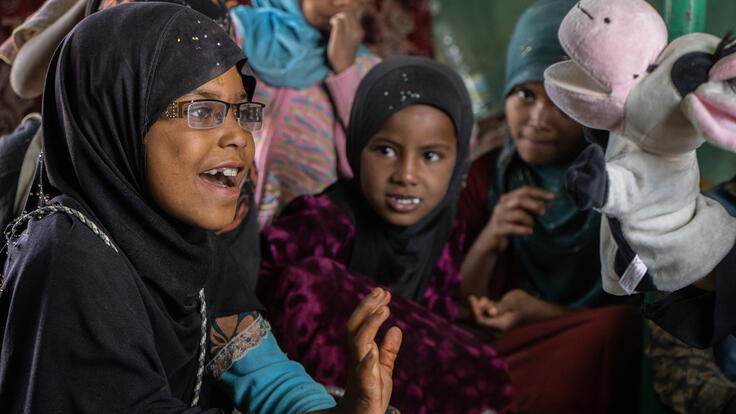 An IRC health team uses puppets as part of their community education efforts to teach children how to help prevent the spread of COVID-19. Photo: Mahmoud Fadel/IRC 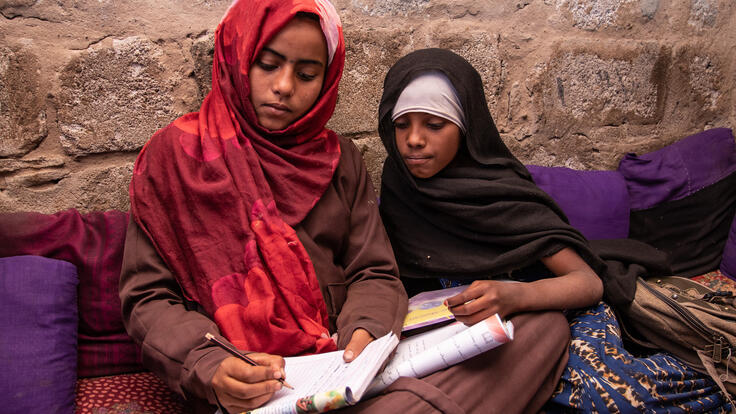 How can I help in Yemen?

Donate now to support the IRC's life-changing work in Yemen and worldwide. We are on the frontlines providing critical aid to crisis-affected people in more than 40 countries, including places on the 2022 Emergency Watchlist.