An International Rescue Committee (IRC) supported hospital in Dara'a, Syria was hit by an airstrike on July 31 that killed six people and wounded many more. The hospital provides 4,000 consultations every month and receives essential health supplies from the IRC. Critically injured patients are being transferred to nearby hospitals, which also receives lifesaving support from the IRC. 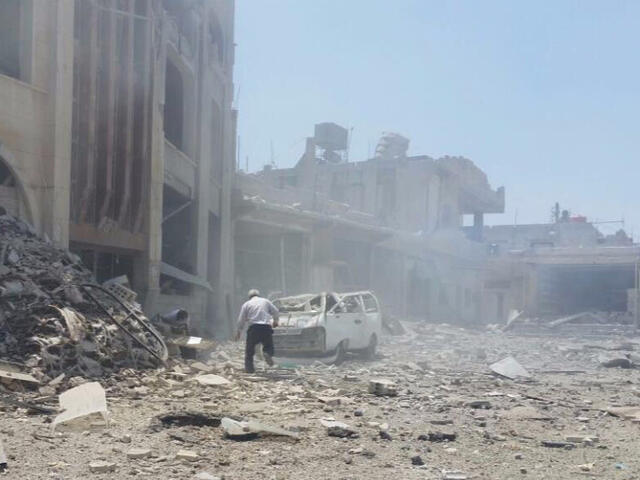 The IRC-supported Jasim hospital in the Daraa Governorate in southern Syria struck by an airstrike provides some 4,000 consultations per month in Jasim, a city of approximately 55,000 residents.
Photo: IRC

"We are dismayed and in mourning today at well-founded reports of the loss of life of colleagues and civilians killed by an airstrike serving the needs of desperate people in a hospital in Dara'a, southern Syria," IRC president and CEO David Miliband said in a statement released today. "We are also angry: year upon year we have warned and mourned about civilian loss of life in Syria, and yet the situation goes from bad to worse."

The IRC has 2,000 staff in Syria on the front lines, facing the brutality of a war without law and seemingly war without end. Last week, the Syrian government announced opening humanitarian corridors in Aleppo to distribute food and medical supplies to civilians, and provide them an opportunity to flee the city, where approximately 300,000 people are at risk of starvation.

"The people of Aleppo should not be forced to choose between fleeing their homes and remaining under attack in a besieged area," said IRC's acting regional director Zoe Daniels.

The IRC calls for the United Nations Security Council to meet immediately regarding the ongoing abuse of civilian life and attacks on aid workers in Syria.

Help ensure that refugees in the Middle East, Europe, and the U.S. are protected and given the help they desperately need to keep their families safe from harm. Donate now.