Meet Warren, a gay refugee who gave his friend the courage to be true to himself

“He’s taught me to be open and honest about being gay, to be honest with who I am.”

Darren is describing Warren: his best friend, confidant and the person that gave him the confidence to come out to his colleagues. 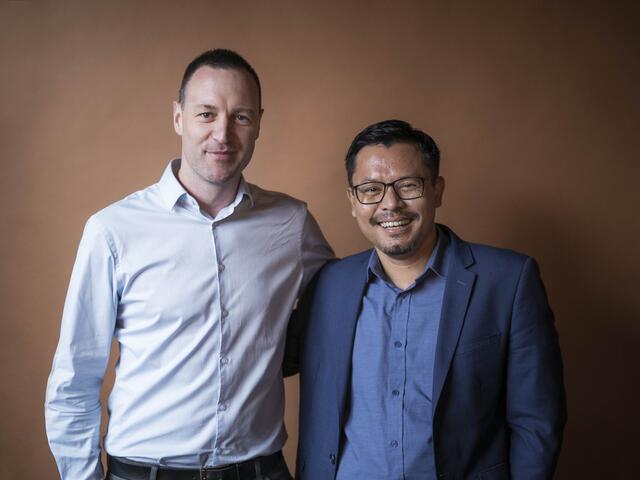 Darren met Warren at work in 2011, he gave him the courage to come out to his colleagues.
Photo: AOberstadt/IRC

Warren and Darren met in 2011 whilst working in the civil service together in London. Although Darren was out to his friends and family, he stayed quiet about it at work. “I’d never dream of lying to people – but I also wouldn’t be totally open about it,” he explains. “Warren’s taught me that when you move to a new job, you should be proud of yourself – celebrate who you are and that it doesn’t matter who you fancy or who you love.”

Warren, who grew up in a country where homosexuality is still criminalised, knows what it’s like to hide who you are.

Back in 1990, Warren was granted a prestigious scholarship by the government from his home country to study at Edinburgh University. Life was exciting: Warren was enjoying his studies and exploring Edinburgh’s gay scene. In his third year at university, Warren spoke to another gay student about his sexuality in a bar. It was a conversation that changed his life forever.

This student wrote a letter, outing Warren of being homosexual to both the government and his family back home. It had a devastating effect. “The government cut off my university funding and I was sent a letter from the authorities telling me I needed to return to my home country to stand trial for being gay. When my family found out, they disowned me. As far as my dad’s concerned, I’m dead.” 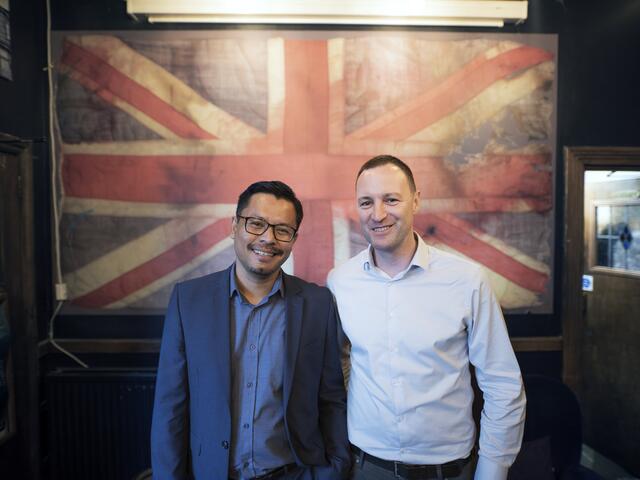 Warren grew up in a country where homosexuality is still criminalised, he was the first person to be granted asylum in the UK based on being LGBT.
Photo: AOberstadt/IRC

Warren’s now lived in the UK for 28 years and has been given British citizenship. In 2006, he married Howard, his partner of 20 years. “I’m his rock and he’s mine and he’s stuck by me through everything. Because my family abandoned me, I’ve always craved to have my own family – that’s what I’ve got with Howard.”

“I’ve had a colourful employment history,” Warren continues. “I’ve worked for an international modelling agency, for Elle magazine, as a ski instructor in Italy and now as a civil servant. When Darren first joined my team in the civil service, I remember him telling me he doesn’t go out on the scene – I thought, well I’m an experienced scene queen – I’m going to take you out and show you how it’s done!”

Warren and Darren have become closer over the years, they both comment how each other are great listeners. “He’ll let you rant and then he’ll start dropping these pearls of wisdom – you could tell him anything and he’ll never be shocked,” Darren says. “He’s helped me through some really difficult times.” 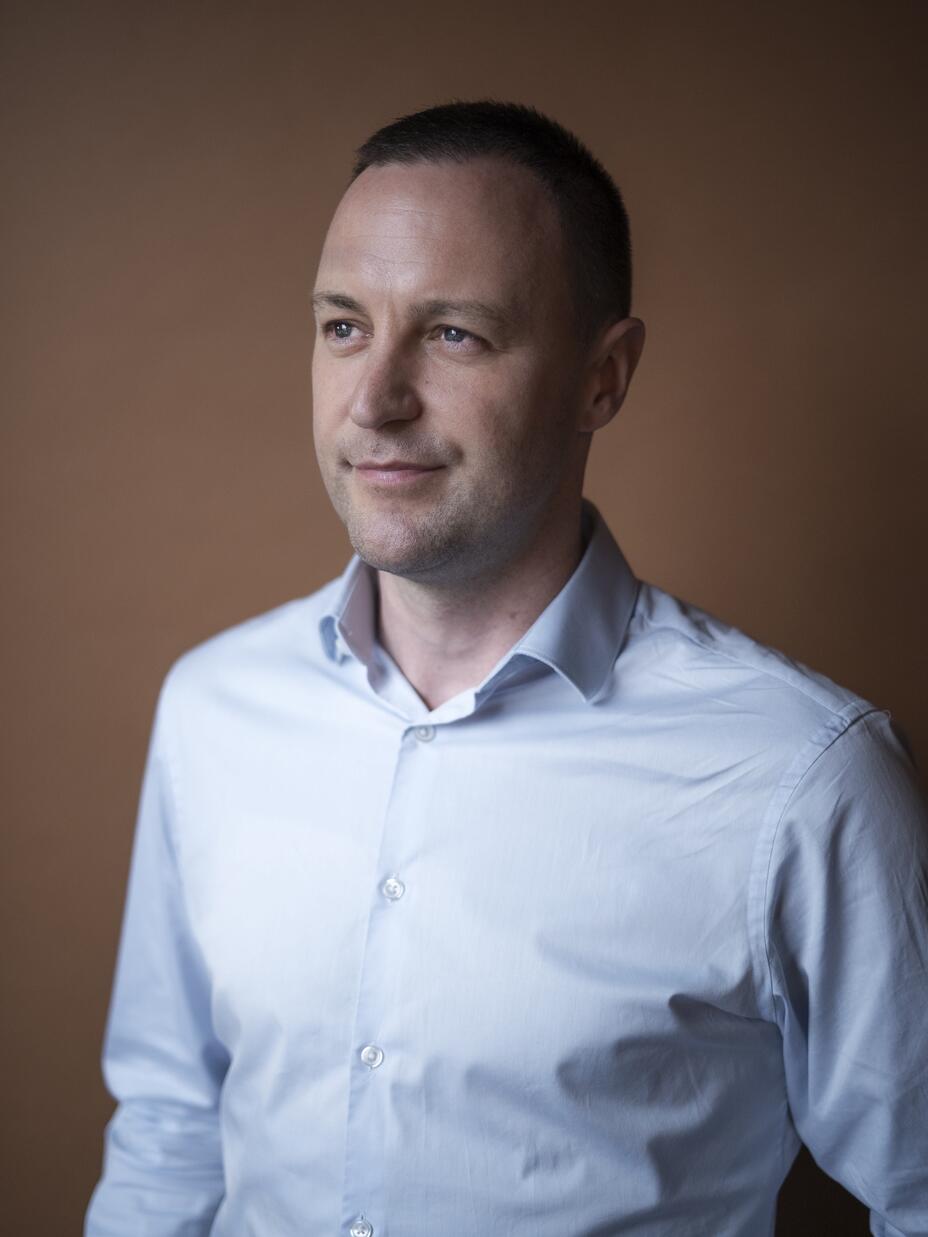 Darren feels like he can tell Warren anything and he'll always be ready to listen.
Photo: AOberstadt/IRC

Warren’s felt similarly supported by Darren: “In 2017, I had a bad bout of depression. When you’re in that state, you just want to be by yourself. Darren was the first person I told. He became my go-to person. As well as listening to my troubles, he gave me advice, or if he didn’t know the answer, he’d search it online and send links to me. Everything I do socially I involve him – he’s my best friend, when he’s there he makes life more fun. And… he always laughs at my jokes!” 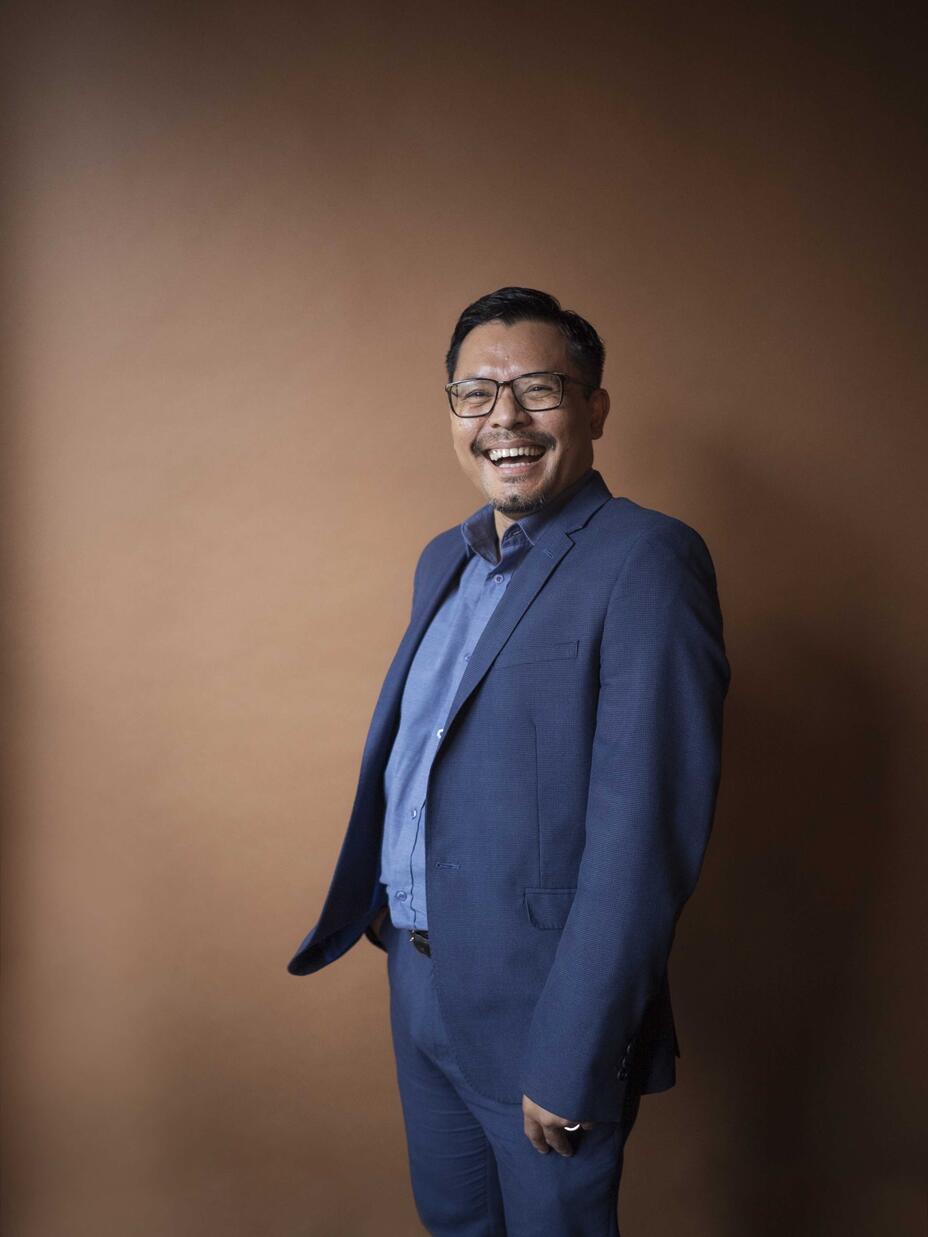 Warren and Darren can often be found laughing over a pint at one of their favourite watering holes around London after work. Pride is also a mainstay in their social calendar, but it hasn’t always been that way for Darren.

“Warren’s got me more into Pride than I ever was,” Darren says. “Before I met Warren, I used to be of the opinion that I was gay but I didn’t need to shout and scream about it. My gay life was very insular and personal. But actually, and I can genuinely say this is down to Warren, I realise that we do have a right to be out there and to celebrate being gay. This year, there’s no doubt Warren and I will be drinking at the side-lines watching the parade.”

This summer, we are sharing stories of welcome - to show the enormous contributions that refugees have on the lives of people living in the U.K.. Show that you stand for a world of welcome. Sign our open letter.