Last summer, militants attacked one of Iraq’s oldest minorities, the Yazidi people of Sinjar, in northwestern Iraq. These children fled Sinjar with their parents after violence erupted in their village in August. Fearing persecution and death, they initially fled to the barren mountains of Sinjar where  thousands were trapped for days without food or water.Some 2.5 million people have been uprooted by a seemingly endless cycle of war and conflict in Iraq. Many of them have been unable to return to their homes for nearly a decade. Thousands of Iraqis remain in desperate need of shelter, food, water and safety as militants continue their violent campaign against religious minorities. 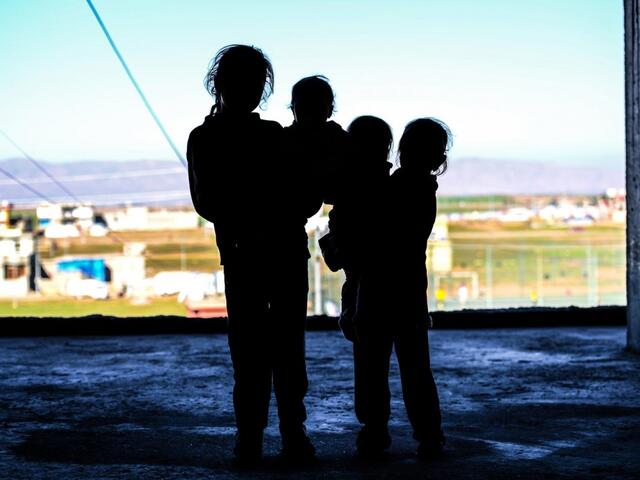 Last summer, militants attacked one of Iraq’s oldest minorities, the Yazidi people of Sinjar, in northwestern Iraq. These children fled Sinjar with their parents after violence erupted in their village in August. Fearing persecution and death, they initially fled to the barren mountains of Sinjar where  thousands were trapped for days without food or water. 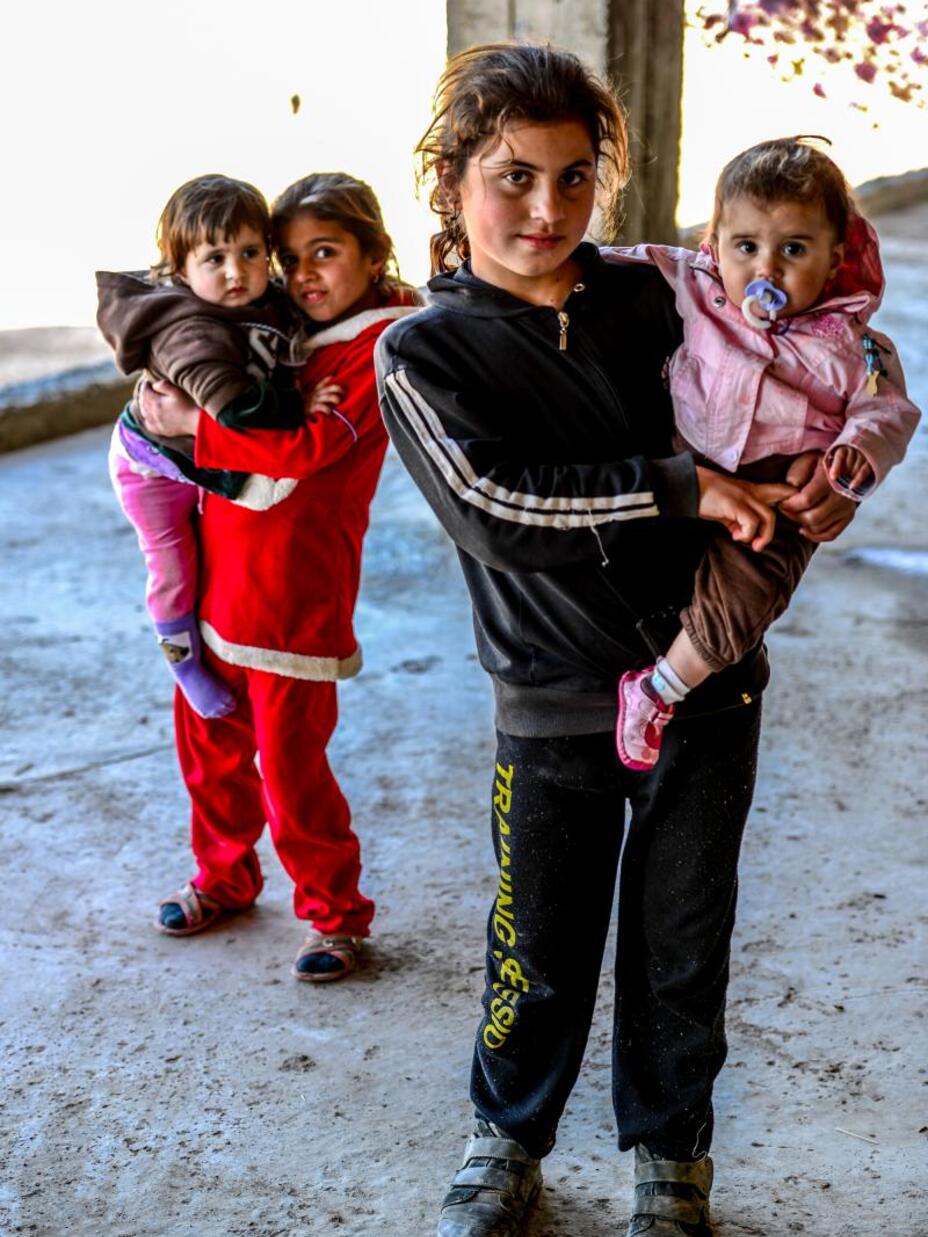 They eventually escaped to northern Iraq’s Duhok region where they now live in an unfinished building with no front walls. During winter it was freezing cold in the building, and there’s no protection to keep children who wander too close to the edge from falling several stories.

Many families fleeing violence have sought refuge in unfinished or abandoned buildings, or in makeshift camps. The IRC is improving their living conditions by installing water and sanitation systems. 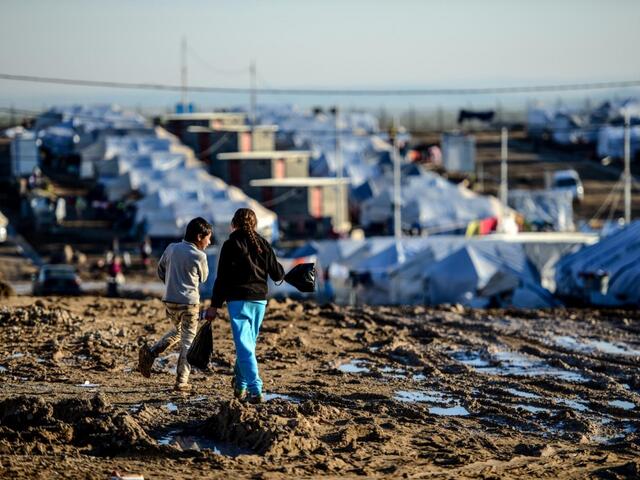 Children walk through heavy mud in the Bajid Kandala displacement camp in Duhok. Although still under construction, the camp houses more than 6,000 people who fled their homes in other parts of Iraq. One woman living in the camp said:

“My children used to go to school, but here there is no school for them. Many tents are overcrowded, with more than twelve people in tents meant for seven. We don’t know how long we will have to stay here—maybe forever.” 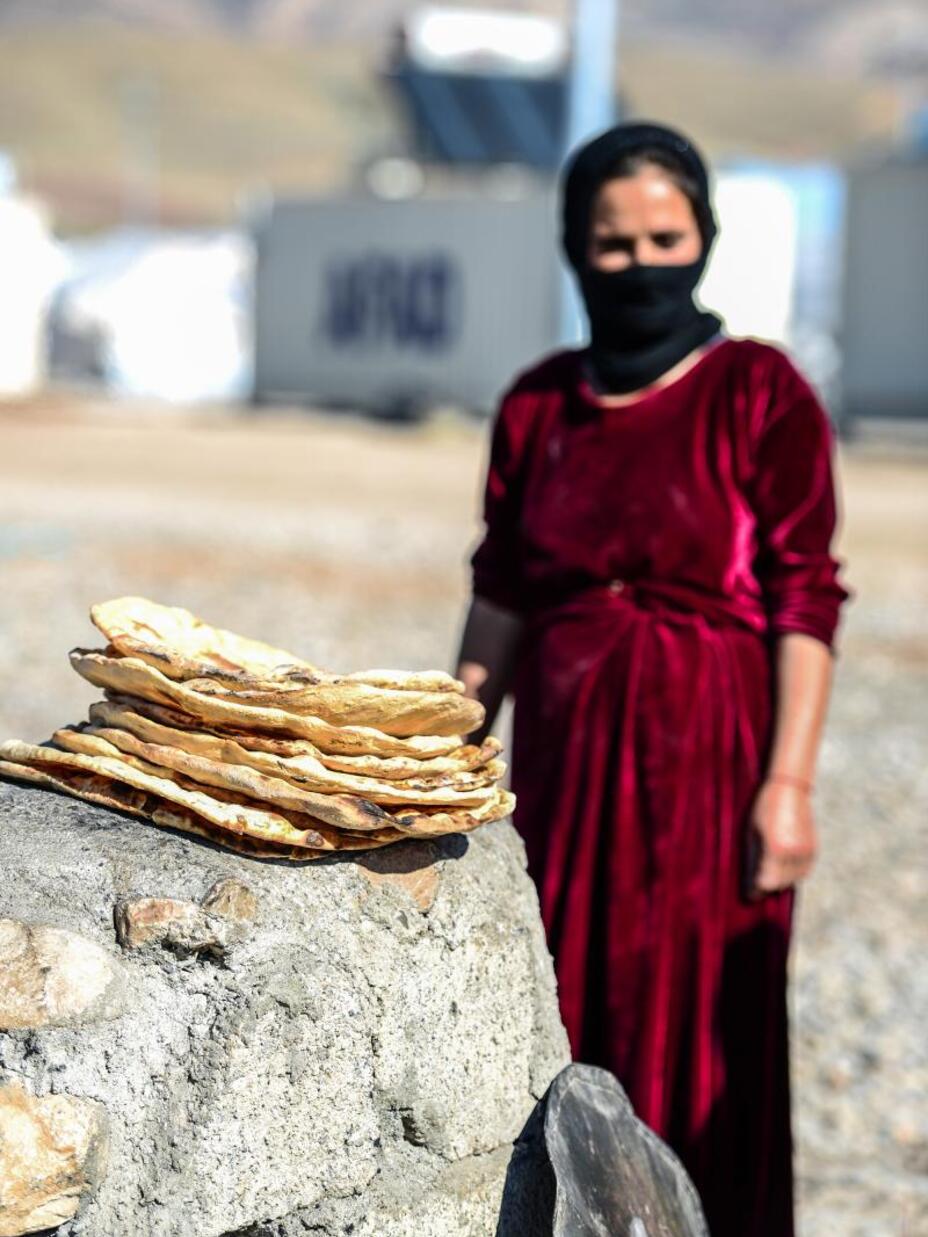 An Iraqi woman living in the Berseve 1 displacement camp in northern Iraq. She asked for her photo to be taken to “show the world the conditions we are living in.” She was baking bread in an open fire, a task made difficult by several days of rainy weather. 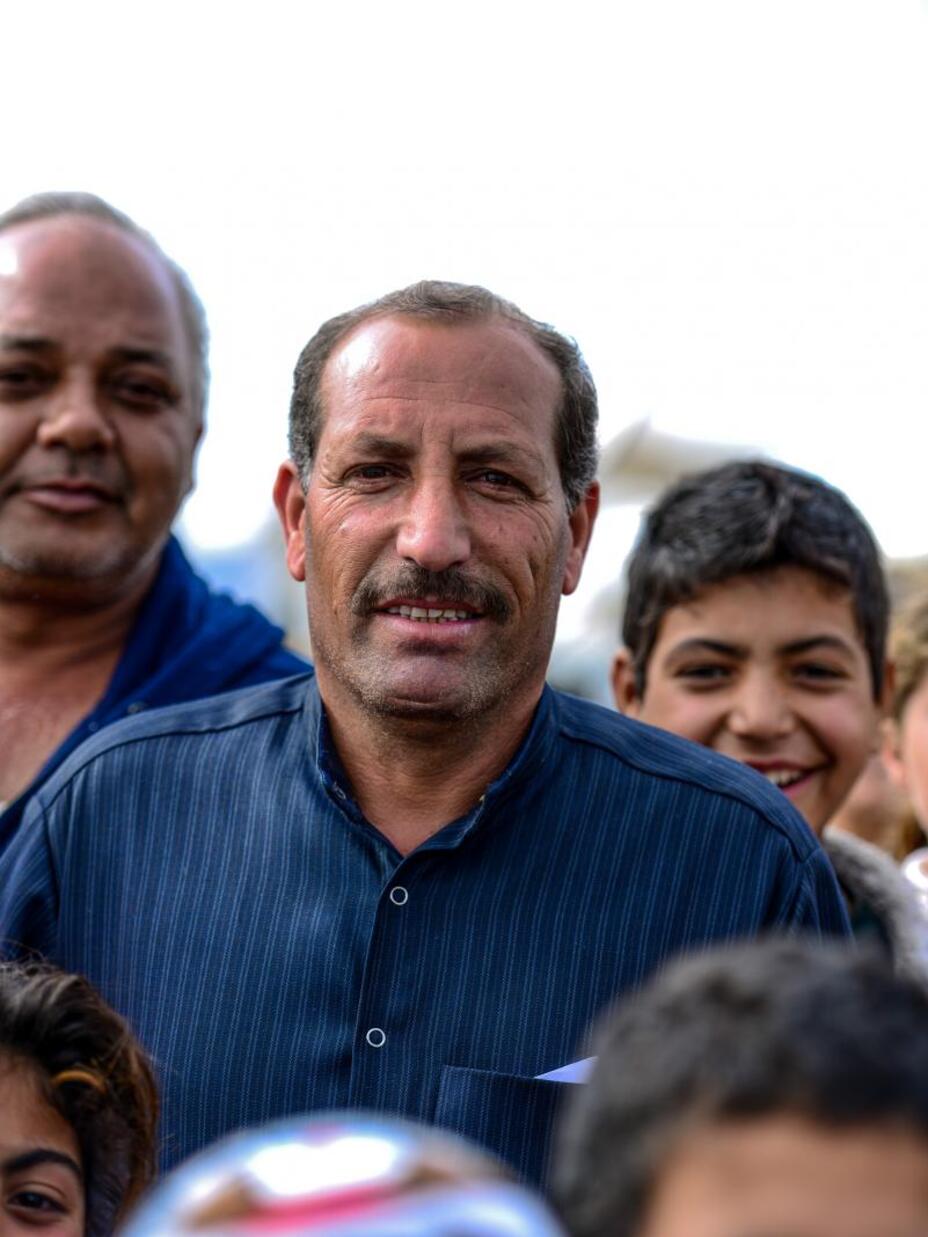 A family safely arrives in Arbat refugee camp, after traveling for weeks from their village in Salah-Al-Din province, just north of Iraq’s capital, Baghdad. Their home was bombed when fighting erupted between militants and government forces. One family member said:

“We are worried for our relatives who were stuck at the checkpoint for weeks. We do not know if they will be allowed to cross."
The IRC ensures access to clean water inside Arbat and provides essential hygiene and sanitation services. 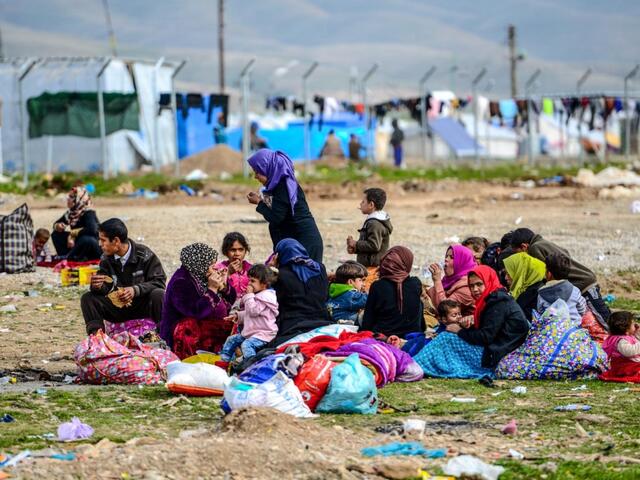 A family waits to be registered at Arbat camp. They were one of 80 families to arrive at the camp that day. They arrived after a weeklong journey, with no food or money left. 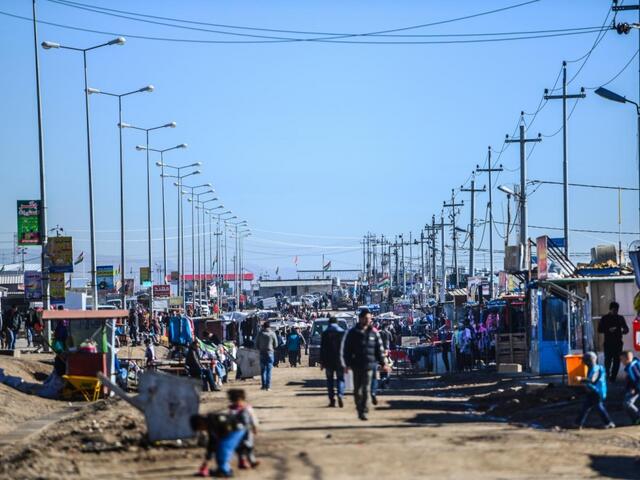 Northern Iraq has also struggled to cope with the influx of Syrians fleeing from their country’s four-year civil war. The Domiz refugee camp in Duhok has become a sprawling city for 40,000 Syrians, many who have been living there for almost three years. The IRC runs community centers, a library and skills trainings such as computer classes inside the camp.

All of the IRC’s essential emergency response in Iraq could not happen without the generous support of our donors, including: DFID, ECHO, BPRM, INL, UNHCR, FFP, UNICEF, UNESCO, Hess Foundation, and Genel Enery