What is the Dubs Amendment?

Last month, the UK Government voted against the so-called Dubs Amendment to the Brexit Bill that would have ensured the UK continues to allow unaccompanied child refugees in Europe to reunite with family members here in the UK after Brexit is completed. This article explains why the Dubs Amendment was important and what happens next in the fight to protect vulnerable child refugees.

What is the Dubs Amendment?

The Dubs Amendment, named after former child refugee and campaigner Lord Alf Dubs, was designed to ensure that the Government would continue to allow unaccompanied and separated refugee children in Europe the opportunity to be reunited with family members here in the UK after the Brexit process was completed. Having previously agreed to accept the amendment into the Brexit Bill, after the election the government chose to change their mind and take it out. 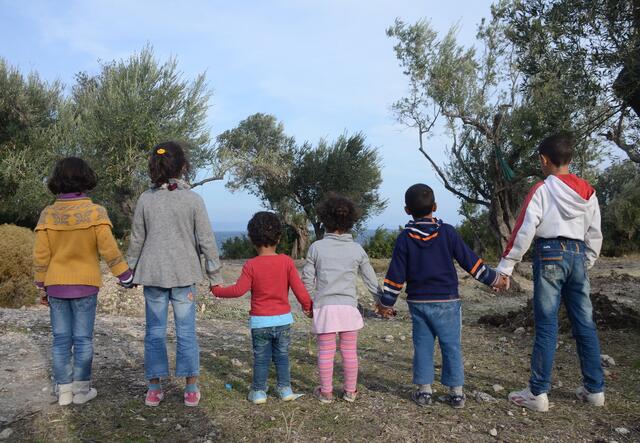 A group of refugee children living in Moria Reception centre on the Greek island of Lesvos.
Photo: Kulsoom Rizvi/IRC

What does the Dubs Amendent mean for refugee children?

Without this safe and legal route to be reunited with their loved ones, children with family in the UK would be unable to reunite with relatives who could have otherwise offered them a home and an opportunity for a normal life. The uncertainty will be too much for some who will likely turn to traffickers and people smugglers.

Despite their opposition to the law, the Government has said it will come forward with concrete plans for how they will continue to offer family reunion to child refugees in Europe.

What are the conditions like for child refugees in the EU?

The IRC runs programmes in camps in Greece so we know first hand how appalling the situation is there. Many are trapped in reception centres that are extremely overcrowded. Moria, one of these reception centres on the Greek island of Lesvos, was built for 3,000 people. It now currently has almost 20,000 people living in squalid conditions. Children are forced to live in flimsy tents in terrible weather conditions, unable to find warm shelter from the cold and wet.

Those who have made it to mainland Greece remain in jeopardy with their health and wellbeing at serious risk.

The children forced to reside in these camps are often missing out on months, sometimes years, of education. Without the safety of school, many children are also left vulnerable to all types of abuse in the overcrowded camps that lack security and safety. 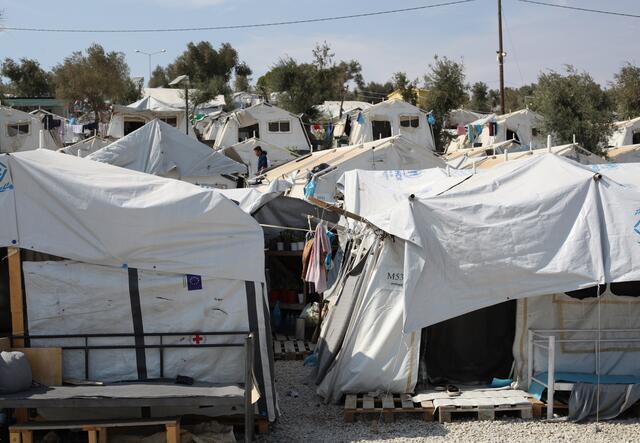 Refugees are living in squalid and overcrowded conditions on the Greek islands. Moria was originally built for 3,000 people, it now has over 20,000 people living there.
Photo: Lucie Horton/IRC

What’s the IRC doing to help?

We’re on the ground in Greece in Lesvos, Chios, Samos and Athens where we provide shelter, water, emergency supplies and transportation. We also run sessions to support women and provide one-on-one counselling to people struggling with their mental health.

Meanwhile, in London, we will continue to push the government to commit to a replacement system that allows vulnerable child refugees to reunite with their family here.

You can donate to the IRC here.

You can also follow us on Facebook where we will post updates on both the situation facing refugee children and on our efforts to ensure the UK plays its part in providing a safe place for some of the thousands of unaccompanied child refugees around Europe.