Since then it has been reported that thousands of refugees have attempted to cross the border into neighbouring Greece – some by foot and others by boat, boarding dinghies to the Aegean islands, including Lesvos, Samos and Chios. These are perilous journeys. Just this week, a four-year-old boy tragically died in a sinking dinghy off Lesvos.

Here’s what you need to know.

Why has Turkey decided to open its borders for refugees to enter Europe?

Turkey hosts 3.6 million Syrian refugees, supporting them over nine years of the brutal conflict in Syria.

Since December 1st, the conflict in Syria has significantly escalated, and over 950,000 people have been forced to flee their homes – over half a million of them children. This is the largest displacement we have seen since the start of the war. 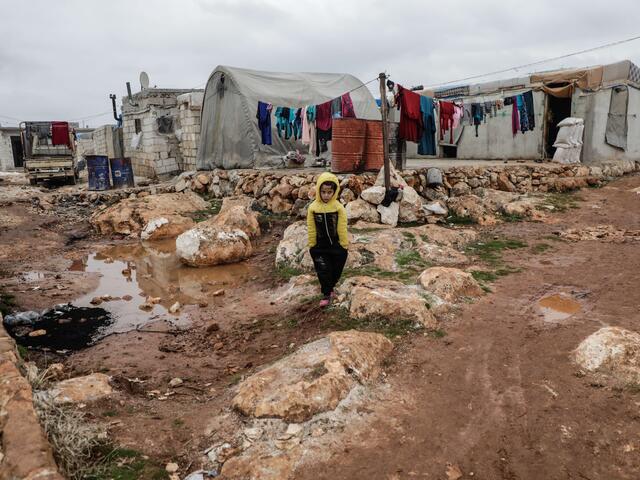 The war in Syria has continued to intensify and three million people have been pushed towards the border of Turkey.
Photo: IRC

With the conflict intensifying, diplomacy from the international community to end the violence has stalled and 3 million Syrians have been pushed towards the border. Turkey has said they can no longer manage to support the millions of refugees already living in the country.

Refugees and asylum-seekers from Afghanistan, Iraq and other countries have been sheltering in Turkey, many of them stuck behind strong border enforcement.

Europe and Turkey are now at loggerheads and the people caught in the middle - who are simply looking for somewhere safe to raise their children and rebuild their lives - have become political pawns.

In televised speeches, President Erdogan has said that the EU had broken promises to provide necessary funding and support to refugees in Turkey and those displaced inside Syria.

Europe and Turkey are now at loggerheads and the people caught in the middle - who are simply looking for somewhere safe to raise their children and rebuild their lives - have become political pawns.

What is happening when refugees reach Europe?

Greece does not have the capacity to receive large numbers of refugees and the authorities are trying to prevent thousands of people gathered at the Turkish side of the borders from crossing into the country, even using methods like tear-gas and water cannons. Right now, there are thousands of people living in limbo at the borders between Greece and Turkey with no shelter or support. 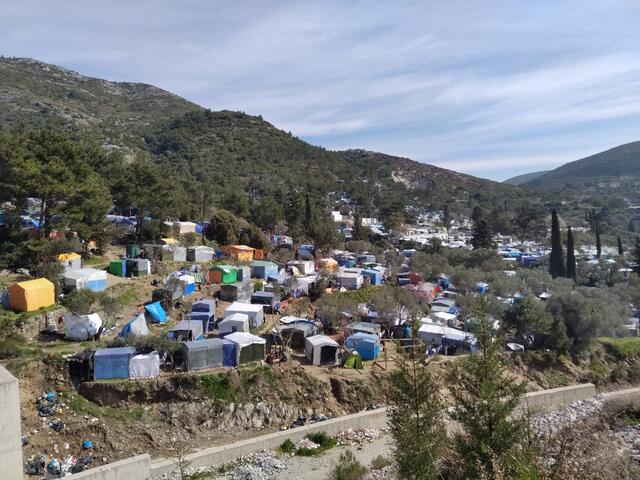 The reception centre in Greece is severely overcrowded with 40,000 people crammed into a place built for 6,000.
Photo: IRC

For almost five years, Greece has struggled to manage the arrival and asylum processes and today they’ve announced they are suspending asylum applications for one month.

On the islands, reception centres are at six times their capacity, with almost 40,000 people living in centres with space for 6,000. There have been violent clashes on Lesvos, Samos and Chios, with asylum seekers and aid workers being targeted by some members of the local community frustrated with the lack of action to address the refugee response.

What can European countries do to prevent more people from suffering?

Greece has taken on the responsibility of hosting refugees simply because of its geography, as EU rules dictate that the country responsible for examining an asylum claim, is the country a refugee first arrives in.

Europe is only receiving about 11% of the world’s refugees while 86% or more are still being hosted by countries in the developing world. The numbers arriving could be easily shared between all European countries - including the UK.

People will continue to flee conflict and crisis, and continue to be forced to risk their lives in an attempt to arrive on Europe’s shores. The only way to prevent this is by creating access to safe and legal routes to Europe. In the UK, the government recently voted against keeping the Dubs Amendment which allows unaccompanied children to reunite with their family in the UK. It’s now even more crucial that this law, or one like it, is reinstated to protect vulnerable children.

The EU is working on a new ‘Pact on Migration and Asylum’ to be announced this spring, providing the ideal opportunity to establish a response that puts people, rather than border security, at the heart of policies. The EU needs to urgently agree on a system to share responsibility for the protection of people arriving at its borders and invest in the resources needed to improve the asylum processes, which are slow and cumbersome, leading to much of the overcrowding problems we’re seeing in Greece.

The International Rescue Committee calls on all European leaders to show they care as much about protecting people as they do protecting borders.

We’re on the ground in Greece in Lesvos, Chios, Samos and Athens where we provide shelter, water, emergency supplies and transportation. We also run sessions to support women and provide one-on-one counselling to people struggling with their mental health. 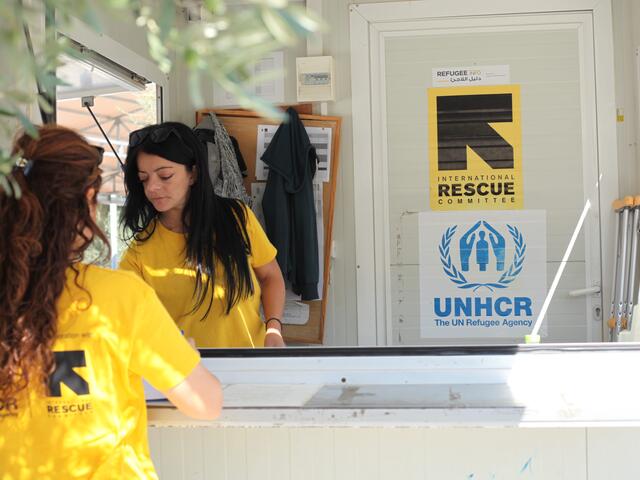 In northwest Syria, where families have recently had to flee, the IRC has provided thousands of people with healthcare, supported children and families to deal with the trauma they are experiencing and families with emergency cash distributions.

And whilst the war wages on, our advocacy team are working tirelessly to push the EU and the UK government to provide protection for people fleeing for their lives in war-torn countries.

You can donate to the IRC to help us keep supporting people in Greece, Syria and around the world.