Across the world, political actors have gained traction by using anti-refugee myths to create fear. Instead of standing up for the rights of refugees, political developments have become more and more alarming.

One powerful way to counter a wave of negativity is with a wave of positivity for those who have stood up - and continue to stand up - for some of the world’s most vulnerable people. This is your opportunity to send a heartfelt "thank you" to 10 Champions for Refugees in Europe who have shown their support for millions of displaced people around the world this past year and inspired others to do the same. Support them, and learn how you can join them in choosing tolerance, diversity - and humanity.

Cast members of HBO’s fantasy television series Game of Thrones helped to shine a light on the grim realities of the refugee crisis over the past year, in a joint campaign with the IRC. Last summer, actors from GoT visited camps where the IRC works in Greece and called on European Union leaders to do much more for the approximately 60,000 refugees stranded in the country, who have endured a grueling winter. “These smart, hardworking people want to go home,” said Headey. “…. We can do better for them. We must do better for them.” In an event in London, they came together with photographer Tara Todras-Whitehill who photographed refugees in Greece to raise funds for the IRC. 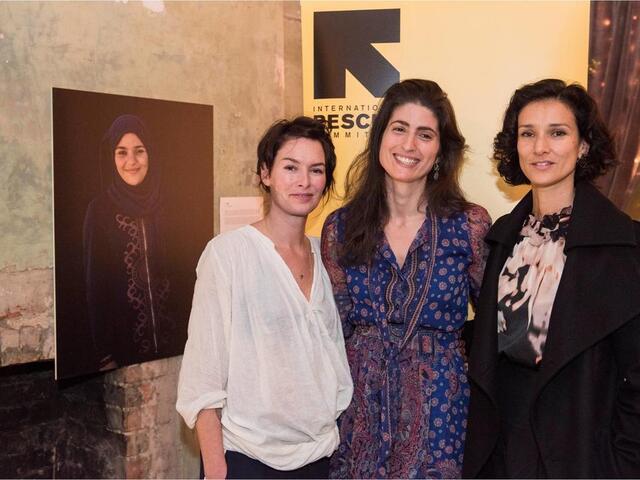 Game of Thrones actors joined the IRC for a moving exhibition

To @taratw: thank you for supporting refugees in Greece with @GameOfThrones #ChooseHumanity

Citizens on the Greek island of Lesbos unexpectedly found themselves at the epicentre of the largest migration of humanity since World War II. Over the past two years, some 660,000 people fleeing crisis have landed on the island (with a population of 86,000) on their way to seek safety in mainland Europe. Residents rescued the desperate refugees from capsized boats, donated clothing, opened their homes and hotels, and even invited some 25,000 Syrians, Afghans and others to settle among them. "I can't say I'm a hero because I helped save people," said one local fisherman, Kostas Pinteris, whose boat joined several rescue missions. "I simply extended my hand.”

Thank the citizens of Lesbos.

To the citizens of Lesbos: thank you for supporting refugees #ChooseHumanity #refugeesgr

Lord Alf Dubs continues to lead the charge to force the UK government to help unaccompanied minors and works tirelessly to advocate for refugees - wherever they are from. Heidi Allen MP hailed Lord Dubs’ win a "proud moment," but the Government's decision to relocate only 150 more unaccompanied children under the amendment was a cruel blow to child refugees. "In my heart," she said, "I know we are still an outward looking, compassionate global leader and we are better than this."David Burrowes MP has called for the government to keep open the door to lone child refugees, following the suspension of the scheme.

[email protected]: thank you for being a champion for refugees #ChooseHumanity

To @davidburrowesmp: thank you for standing up for refugees #ChooseHumanity

Thank you @heidiallen75 for championing refugees at this critical time #ChooseHumanity

Canadian Prime Minister Justin Trudeau re-affirmed his country’s welcome to refugees and support of Muslims amid the chaos and confusion caused by the executive order. Trudeau has gone above and beyond to ensure Syrian refugees feel welcome in his country, personally greeting new arrivals at the Toronto airport. After meeting one of these families—the Garabedians from Syria—again a year later, he was famously moved to tears. With Trudeau’s backing, Canada has resettled more than 39,000 Syrians over 13 months. "I don't want to lose sight of the fact that Canada's engagement must not stop at resettlement," Trudeau has said. "Now is the time for each of us to consider what more we can contribute.”

To those fleeing persecution, terror & war, Canadians will welcome you, regardless of your faith. Diversity is our strength #WelcomeToCanada

Thanks @JustinTrudeau for being a champion for refugees at this critical time. @IRCEurope and I honour you:

Queen Rania Al Abdullah of Jordan has been a compassionate and frank spokesperson for families uprooted by war. “[Refugees] need more than ‘likes’ on Facebook or Instagram pictures of their plight,” Queen Rania has said, “They need results.” Jordan hosts more than 1.5 million Syrians and many have lived there since the Syrian conflict began in 2011. With local education, healthcare and unemployment support stretched to the limit by the refugee crisis, the Queen has called for innovative, long-term solutions. She has also been a vocal advocate for the most voiceless refugees – vulnerable women and children. 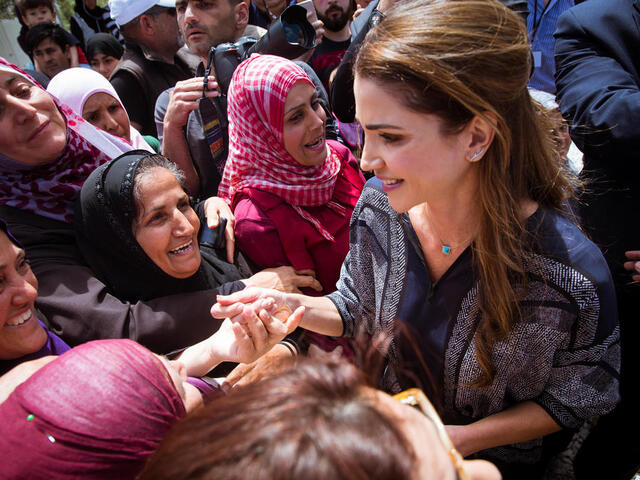 Queen Rania Al Abdullah of Jordan visited the Greek island of Lesbos with the International Rescue Committee on April 25 to raise awareness of the ongoing refugee crisis and meet Syrians and other refugees who have fled conflict zones to seek safety and a new start in Europe.

As the U.S. President announced his ban on refugees, Sir Mo Farah - a national hero at the Olympics and beyond - stood up and spoke for the many who support tolerance over division.

"Her Majesty The Queen made me a Knight of the Realm. On 27th January, President Donald Trump seems to have made me an alien."

Thank you, @Mo_Farah, for standing up to hate with hope. I #ChooseHumanity.

Smart phones are a lifeline to refugees in an unfamiliar country, surviving far away from their family and friends. Phone Credit for Refugees has provided 19,500 top ups to refugees across 16 countries in just one year. The Facebook group enables members of the public to help keep refugees and their loved ones connected.

8. Employers of the year

The Vitol Foundation and Vitol staff were the first on the scene in helping us to respond to the flows of people arriving in Lesbos, Greece. They showed trust in us and in our long standing partnership at a time when we struggled to raise funds from traditional sources, enabling us to help thousands fleeing for their lives.

Join us in thanking them:

Richard Branson stood up and showed his support for the IRC when President Trump put in place the hasty and harmful refugee ban. "The people affected are as diverse as they can be," he said, "yet they share one thing in common: they pose no threat whatsoever to America’s security."

I’m donating to the @ACLU & @theIRC, urge anyone who can afford it to donate to causes close to their heart too https://t.co/rzWmvsxWmWpic.twitter.com/DHkSGmALLG

Join us in thanking Richard Branson

Thanks @richardbranson for being a champion for refugees at such a crucial time. #ChooseHumanity

As the first Syrian refugees arrived in Northern Ireland, hundreds of citizens - including schoolchildren - made welcome cards to give to them. Denise Wright, of the Refugee and Asylum Forum, said they have "been completely inundated with hundreds and hundreds [of cards]." Read more.

Thank you to the people of Northern Ireland for welcoming refugees. #ChooseHumanity