2017 has been tough for millions of people around the world. We’ve seen the likes of a global famine, the Trump administration’s Travel Ban and, closer to home, the UK Government turning its back on child refugees.

But in a year of unprecedented crisis, we can take hope from your actions – from all of you who have chosen to stand up and stand with refugees – no matter what. Take a look back.

1. The start of the year saw the election of President Donald Trump

Since President Trump took office, his administration has repeatedly implemented policies that pull the welcome mat from under the feet of refugees seeking safety in the United States.

We spoke out against the Travel Ban and showed why it was an opportunity for Europe to step up.

2. Back in the UK, together we stood up for the best of Britain's values and traditions

We supported overseas aid in the face of attacks from sections of the media. We know that delivering aid - such as through cash relief - can best meet the needs of today’s refugees, as an independent report in January showed.

3. We celebrated the world’s most famous refugees

4. We shared what we have in common, on Mother’s Day

5. Hundreds of you joined us as we toured the UK to call on communities to stand Together for Refugees

We teamed up with Ben & Jerry’s to launch a campaign to show that everyone deserves a safe place to call home, and continue to fight for safe and legal routes to Europe for vulnerable refugees.

6. We shared a short film from some fearless, ambitious – and fabulous young women

7. Thousands of you stood with women and girls during the 16 Days of Activism Against Gender-Based Violence, as we shared some powerful illustrations that will make you want to act

8. As Christmas approached, and so did the battle of the Christmas adverts, we celebrated someone who many see as one of Britain’s most famous refugees

9. We presented the 35 thousand choices we face everyday – and the choice we can make to stand with refugees

From pressing that snooze button to choosing coffee over tea, watch this short film to find out more about the choice you face. 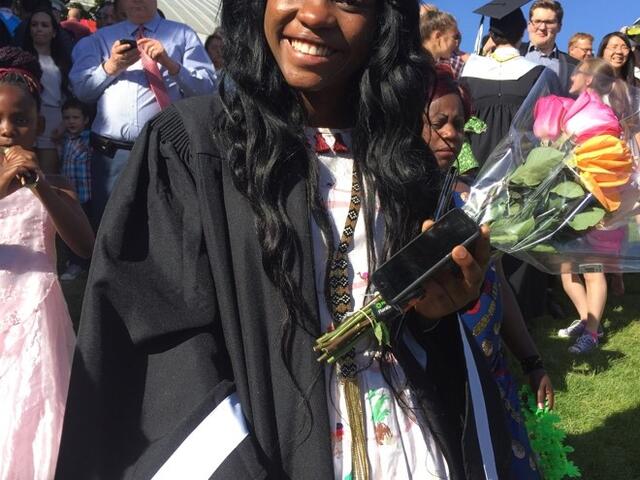 10. We’re standing with refugees and campaigning right until the year is out

People power is making a difference! The Greek Govt. has now moved 1,000 refugees from the islands.
6,000 remain in appalling conditions: tell @Tsipras_EU to keep moving people to safety.#OpentheIslandshttps://t.co/LJcwXGMLsl

As we approach the end of the year, make your New Year’s resolution one you can keep. #StandWithRefugees.