Meet some of the well-known artists, ambassadors, CEOs and other luminaries who were once refugees. 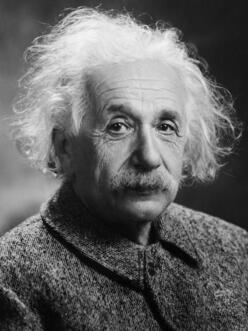 “Peace cannot be kept by force; it can only be achieved by understanding.”

The physicist Albert Einstein arrived in America in 1933 after he and thousands of other Jews fled persecution in Nazi Germany. That year, the Nobel laureate and humanitarian called for the founding of the aid organization that was to become the International Rescue Committee. 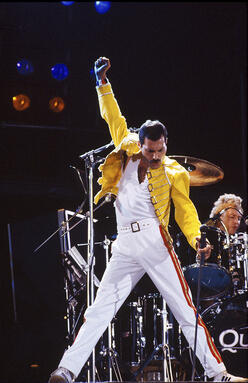 “I love the fact that I can make people happy, in any form. Even if it’s just an hour of their lives, if I can make them feel lucky or make them feel good, or bring a smile to a sour face, that to me is worthwhile.”

As the frontman of the rock band Queen, Freddie Mercury (Farrokh Bulsara) is known as one of the most innovative and accomplished musicians of all time.

Freddie was born in the British protectorate of Zanzibar, now part of Tanzania. His parents were Parsi immigrants from India. Freddie spent much of his childhood in India, where he attended music school. It was there his friends began to call him Freddie, a name his family also adopted.

In 1964, the family left for England to escape the violence of the Zanzibar Revolution against the island’s Arab and Indian minorities. Moving to Middlesex with his family, Freddie, then aged 17, started a new life. Six years later, he befriended his future Queen bandmates, drummer Roger Taylor and guitarist Brian May. 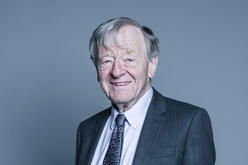 "Once in a while, there are major challenges that test our humanitarianism, and Europe’s refugee crisis is surely one such challenge."

Lord Alf Dubs was born in Prague in 1932. He fled Jewish persecution from Nazi Germany as one of 669 Czech children as part of a British-government supported organised rescue effort called Kindertransport.

Since living in the UK, Lord Dubs has gone on to become a MP, member of the House of Lords, and active contributor to voluntary organisations. Recently, Lord Dubs has campaigned for the rights of other vulnerable children to reach the same safe refuge. 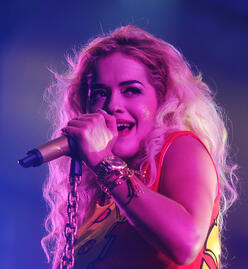 "We can approach this crisis with compassion and care. If we take action, we help everyone thrive."

Rita Ora was born in the city of Pristina, then part of Yugoslavia. With the disintergration of Yugoslavia, armed violence grew. Merely one years old, Rita fled with her family to safety in London.

Ora has since gone on to become a globally-successful singer-songwriter and actress. 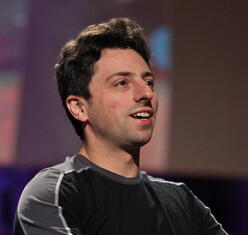 “I want to be looked back on as being very innovative, very trusted and ethical and ultimately making a big difference in the world.”

Google co-founder Sergey Brin was born in Moscow in 1973. When he was six years old, his family emigrated to the U.S. to escape the growing anti-Semitism in the Soviet Union. At Stanford University he met fellow computer science doctoral student Larry Page. Together they developed a search engine that would grow into an internet giant.

In November 2016, Brin was ranked No. 13 on Forbes' "Billionaires" list. Brin's and Google's philanthropy includes support for the cause of refugees. 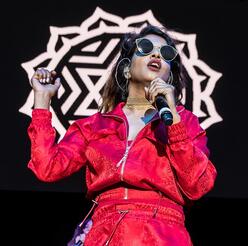 “As a Sri Lankan that fled war and bombings, my music is the voice of the civilian refugee.”

Rapper and activist M.I.A. (Mathangi Arulpragasam) was just nine years old when she fled war-torn Sri Lanka with her family and settled in England. Those experiences inform her music and art, which draw attention to the struggles of refugees and immigrants. She said her debut album Arular was created to “make every refugee kid that came over after me have something to feel good about.” In 2015, she made headlines for her self-directed music video, “Borders,” which follows refugees on a treacherous journey to find safety.

M.I.A. has contributed to humanitarian causes that include education for children in Liberia, a country recovering from a 14-year civil war. 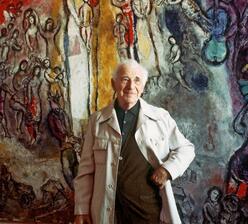 “Despite all the troubles of our world, in my heart I have never given up on the love in which I was brought up or on man’s hope in love.”

Born in Russia, artist Marc Chagall moved to France in 1910 to study painting. By 1941, he was among 1,500 refugees on the Nazis’ “most-wanted” list who were spirited out of France during a rescue effort by the organization that became the IRC.

A pioneer of modernism, Chagall is known for his poetic, colourful, and figurative paintings, earning him recognition as “the quintessential Jewish artist of the twentieth century.” He later contributed a print to the IRC’s “Flight” portfolio to help raise money for our humanitarian work. 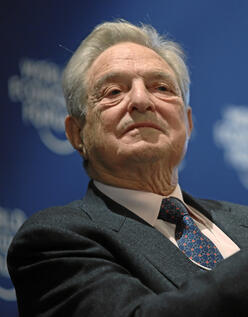 "I chose America as my home because I value freedom and democracy, civil liberties and an open society."

Investor and philanthropist George Soros was born in Hungary in 1930. After surviving the Nazi occupation of WWII, he immigrated to England and then to the U.S., where he launched his own hedge fund. As one of the richest people in the world, Soros used his fortune to launch the Open Society Foundations, a network of organizations that supports human rights in more than 100 countries.

He received the IRC's Distinguished Humanitarian Award in 1993, and our Freedom Award in 2013. In 2016, Soros pledged up to $500 million to support refugee-run businesses and other initiatives that help refugees. 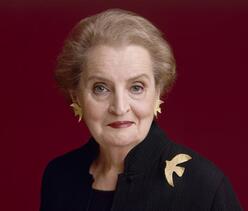 "I think it enriches our country to have refugees here."

In 1997 Madeleine Albright became the first woman to be appointed U.S. Secretary of State. The daughter of a Czech diplomat, she was a refugee during World War II in England, where she lived through the Blitz. Her family returned to Czechoslovakia after the Nazis were defeated, but escaped to the U.S. after the Communist takeover of their country. She arrived on Ellis Island in 1948 at age 11.

Albright was honoured with the IRC's Freedom Award in 1998 for her "extraordinary service to humanity, freedom and the cause of refugees." She is currently an IRC Overseer. 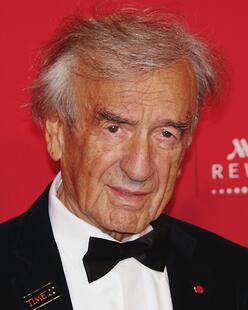 “Wherever men and women are persecuted because of their race, religion, or political views, that place must—at that moment—become the centre of the universe.”

Elie Wiesel was born in what is now Romania. As a teenager he survived the Nazi concentration camps of Auschwitz and Buchenwald and went on write books that bore searing testament to the slaughter of more than 6 million Jews in World War II. Indifference, he said, was the epitome of evil. The author, educator and political activist received the Nobel Peace Prize in 1986.

In 1987 Wiesel was honoured with the IRC's Freedom Award. He was a long time IRC Overseer. 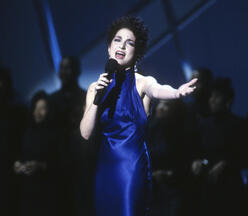 “You've got to believe. Never be afraid to dream.”

Gloria Estefan fled the Cuban Revolution with her family in 1960 after the rise to power of Fidel Castro. They arrived in the U.S. when she was just two years old. Her father was a political prisoner after the Bay of Pigs invasion and later served in the U.S. Army in Vietnam.

The seven-time Grammy Award-winning singer and songwriter is known for her activism and philanthropy as well as for chart-topping hits. Estefan and her husband Emilio have received the United States' highest civilian honour, the Presidential Medal of Freedom. 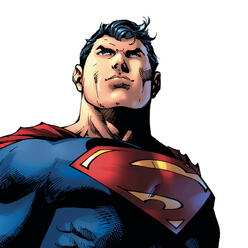 Kal-El—Superman—was created by comic book artist Joe Shuster and writer Jerry Siegel, both the sons of Jewish immigrants. A universal icon, Superman is both an alien trying to help the planet that gave him refuge and an all-American boy fighting the never-ending battle for truth and justice.