Cash in a crisis: Starting over after ISIS, Iraqi families rely on emergency cash

Alima fled her home of seven decades just two days before ISIS swept through her village near Mosul in 2014. She left with just her identity papers. Read more on Medium.

Alima went home recently, hoping to find some belongings or mementos. Instead, she found armed men occupying her house. “It is hard to live 70 years in a place and then someone says ‘this place does not belong to you anymore.’”

Alima is one of 3.4 million Iraqis who’ve been pushed out of their homes by violence since January 2014. Families leave with nothing, often expecting to return home within days or weeks. But in many towns, there is nothing to go back to.

“Everything is gone from our home — we don’t know who took it. We went back after ISIS had gone and there was nothing.” 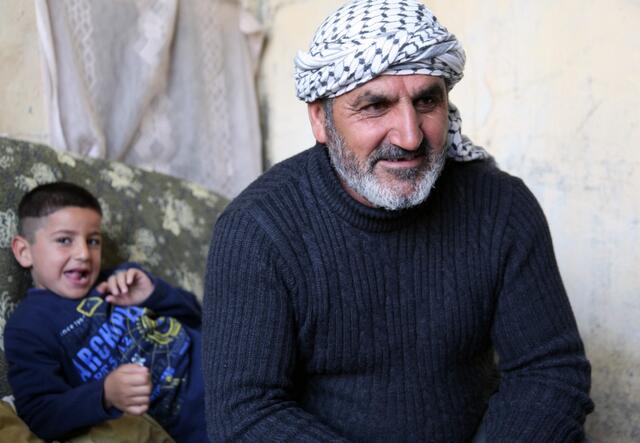 Faced with rebuilding their lives, Mahmoud and Alima’s families rely on flexible cash that lets them buy what they need to survive.
Photo: Zena Itani / IRC

Mahmoud is a father of 9. In August 2014 with their village threatened by ISIS, he and his wife, Sewar, escaped with their children, first to Erbil, then to a village in Northern Ninewa. A recent trip home only reminded them of the life and financial security they’d lost.

A staggering 60 million people have been forced from their homes worldwide. Like Alima and Mahmoud, most are displaced two or three times within their own countries, losing belongings, education, and jobs along the way.

Aid organisations are struggling to keep up. The aid of old — blankets, boxes of dry food, household supplies — still has a role in emergencies. But as more people are displaced multiple times, more often to cities than camps, they need better aid that gives them choice, control, and a measure of dignity. Cash is one of those tools.

Evidence shows that cash transfers can reach people faster and at a lower cost than other kinds of assistance. And when people have the power to make their own choices, they can improve their health, education, and economic stability while boosting the local economy. Read on Medium how it works for these two Iraqi families.