The IRC in San Diego's annual Refugee Film Festival is going virtual! We're bringing award-winning documentary film and engaging conversation to your home throughout the month of April. Films will be available to stream starting the Saturday before each live Q&A event, which will take place Wednesdays April 7th, 14th, 21st, and 28th at 6 pm.

Join us for a celebration of international film, with education on issues facing displaced people and inspiration to get involved. Event details:

Content Guidance: These films may contain themes/material that could be intense for some viewers. Viewer discretion advised.​

Synopsis: When the Taliban puts a bounty on Afghan director Hassan Fazili’s head, he is forced to flee the country with his wife and two young daughters. Capturing the family’s uncertain journey firsthand, Fazili documents their harrowing trek across numerous borders revealing the danger and uncertainty facing refugees seeking asylum juxtaposed with the unbreakable love shared amongst the family on the run.  The IRC in San Diego will be joined by Su Kim,  for a Zoom Q&A on April  7 at 6 PM.

The film bears witness to the unfolding tragedy in Yemen with a cinematic eye - thus rendering horror watchable, and deepening our empathy and awareness of the significant civilian suffering as a result of the conflict.
Photo: Skye Fitzgerald

Synopsis: Filmed from inside two of the most active therapeutic feeding centers in Yemen, Hunger Ward documents two women health care workers fighting to thwart the spread of starvation against the backdrop of a forgotten war. HUNGER WARD provides an unflinching portrait of Dr. Aida Alsadeeq and Nurse Mekkia Mahdi as they try to save the lives of hunger-stricken children within a population on the brink of famine. Guest speaker The IRC in San Diego will be joined by Director Skye Fitzgerald  and Nazanin Ash, Vice President, Global Policy and Advocacy, ‎International Rescue Committee, for a Zoom Q&A on April 14 at 6 PM.

“From Baghdad to The Bay, above and beyond its artistry and excellent storytelling, is an important tool for teaching and expanding understanding, particularly within cultures, environments and families that have not come to terms with the extraordinary diversity we humans evidence, particularly with respect to the gender and sexuality continuum beyond binary.” - Sasha Soheili

Synopsis: In this profound documentary, we follow the journey of an Iraqi refugee and former translator for the US military. Wrongfully accused of being a double agent, tortured by the military, and ostracized from his family and country, Ghazwan Alsharif struggles to create a life for himself in the the Bay Area of California while navigating his identity as an openly gay man. FROM BAGHDAD TO THE BAY takes a look at the intersectional struggle of being an asylum seeker in the United States and a member of the LGBTQ+ community at a time when both face persecution.

The IRC in San Diego will be joined by Erin Palmquist, the film's director, and Ghazwan Alsharif, for a virtual Q&A on April 21 at 6 PM. 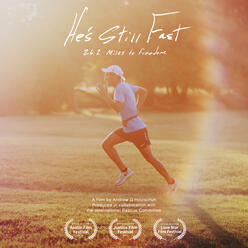 Synopsis: This film follows Tolassa, who was an elite runner in Ethiopia before being thrown into prison for speaking out against human rights abuses against his ethnic group in Ethiopia. 12 years later, he is a newly resettled refugee in Dallas, Texas, seeking to compete in a half marathon. This film follows Tolassa’s first year in America, as his ambition to race and compete takes him all the way to the New York City Marathon. In his pursuit he finds more than just a race -- he finds himself a community.

The IRC in San Diego will be joined by the film's director, Andrew Holzschuh, and Josh Millard, Dallas community member & refugee family mentor, for a Zoom Q&A on April 28 at 6 PM.

Questions? Email us at [email protected].

Content Guidance: These  films may contain themes/material that could be intense for some viewers. Viewer discretion advised.

These films represent the views of the contributing documentary filmmakers and do not represent formal positions of the International Rescue Committee.