On to the White House! 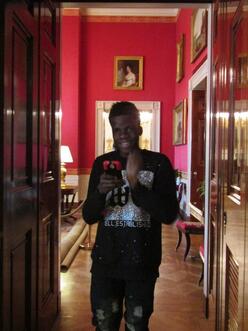 IRC youth snaps a selfie at the White House!

It was still dark when IRC staff began to see youth arrive at the meeting point in early 2016. Sleepy teenagers from Afghanistan, Democratic Republic of the Congo, Rwanda, Iraq, and Tanzania were waiting at the bus stop to start their trip to the heart of the United States: the White House. This journey, however, started much earlier with the quiet determination of a local volunteer to bring refugee youth to the doors of the President of the United States.

Months earlier on a hot day in June, Mercer employees gathered at the Washington Monument to meet a group of the wonderful students in the IRC Youth Program. Together, the volunteers and students spent the day doing a scavenger hunt that took them to various monuments and sites downtown. After a lunch on the mall, the day was over and the youth returned to their homes.

Mercer employee, Deidra Abbott, however, was already thinking about how else she could touch the lives of the students she had met. She spoke to IRC’s Cultural Orientation Coordinator, Kate Christman about the youth seeing the White House from afar and wanting to get closer. After months of work and coordination, she reached Kate with the good news: 27 IRC youth and 3 staff chaperones were invited to tour the White House.

For some of these students they had only arrived in the United States months before. Heavy eyes turned to excitement as the youth got in line to pass security checks, Green Cards and documents in hand. The doors opened and youth, who were born into crisis and challenged beyond their control, spent the hour walking the halls and rooms once occupied by Thomas Jefferson, Abraham Lincoln, and now Barack Obama.

Amid the controversy of political statements and elections, Deidra was unconcerned and worked tirelessly to extend a welcome to the “People’s House” to these new Americans. Standing inside the White House is an experience many Americans never get to experience and the IRC in Silver Spring wants to thank Deidra for extending a helping hand and offering a warm welcome to our youth and staff.