How much do you know about the world’s worst crises?

Test your knowledge of the countries most at risk of worsening humanitarian conditions in 2023—and see what can be done to help.

Every year, the International Rescue Committee (IRC) releases our Emergency Watchlist, identifying the countries most at risk of worsening humanitarian conditions in the coming year.

In 2023, the 20 spotlighted countries all are contending with a catastrophic combination of conflict, economic turmoil and climate change. If we can understand what is happening in these countries—and what to do about it—then we can start reducing the scale of human suffering.

Test your knowledge of the countries most at risk of humanitarian crises in 2023—and find out what can be done to help.

Select one
How many people around the world need humanitarian aid today?
Correct answer
Incorrect answer

The number of people in humanitarian need has increased from 81 million in 2014, to 340 million in 2023; 90 percent live in Watchlist countries.

Why are we seeing these record levels of need? Because the guardrails that once prevented many crises from spiraling out of control—including peace treaties, humanitarian aid, and accountability for violations of international law—are being continuously weakened or dismantled.

Aid-as-usual will not address the severe challenges revealed by Watchlist. In addition to providing urgent assistance, the IRC is advocating for solutions to break ongoing cycles of conflict and devastation. We are calling on world leaders to take action to provide long-term solutions.

Select one
Which of the following countries is most at risk of worsening crisis in 2023?
Correct answer
Incorrect answer

For the first time, Somalia tops the list (with Ethiopia and Afghanistan second and third, respectively) of countries most at risk of deteriorating humanitarian crises in 2023. For the full list, click here.

Somalia is facing the worst drought it has seen in 40 years. Over 300,000 people are experiencing the most severe form of food insecurity and the country is on the brink of famine. But this is no “natural disaster.” Human-caused climate change has increased the frequency and severity of droughts, and three decades of conflict have severely weakened critical institutions.

Select one
Conflict, including the war in Ukraine, has also played a huge role in Somalia’s crisis. What percentage of the country’s wheat comes from Ukraine and Russia?
Correct answer
Incorrect answer

Somalia now produces less than half as much food as it did before three decades of conflict disrupted its agricultural sector. With food production further decimated by climate change and conflict, Somalia’s growing dependence on imports has been disastrous.

In 2023, armed conflict will remain the key factor putting Somalis at risk.

How is the IRC helping in Somalia?

The IRC has worked in Somalia since 1981, providing health, nutrition, and water and sanitation services, as well as cash assistance and support for women’s protection and empowerment. We are scaling up our programs to address drought and rising food insecurity, expanding to new areas to meet severe needs.

True or false
The war in Ukraine has sparked the fastest, largest displacement crisis in decades.
Correct answer
Incorrect answer

The war in Ukraine has created the fastest displacement crisis in Europe since World War II.  Around 6 million Ukrainians have been displaced inside the country, while 8 million more are refugees across Europe.  The IRC launched an emergency response to the war in February 2022, working with local partners in Ukraine, Poland and Moldova to reach the most vulnerable by providing essential items, cash assistance, improved access to health care, and safe spaces for women and children.

For more on how the IRC is helping Ukrainian refugees, click here.

Ethiopia is heading toward its sixth consecutive failed rainy season, which would prolong a drought already affecting 24 million people. The situation puts Ethiopia as No. 2 on our 2023 Watchlist.

Ongoing conflict is preventing humanitarian organizations from delivering lifesaving aid to 35 million in need. While a November 2022 peace deal may hold and offers hope, further violence will mean loss of life.

Since 2000, the IRC has provided a wide range of assistance for Ethiopian communities throughout the country that have been affected by drought, flooding, conflict and COVID-19. Learn more about the IRC’s Ethiopia response.

Select one
What country topped the previous Watchlist, in 2022?
Correct answer
Incorrect answer

Afghanistan ranked No. 1 on the 2022 Watchlist but dropped down for 2023—not because conditions have improved, but because the situation in East Africa is so severe.

The country has continued its economic collapse under Taliban rule. Almost the entire population—97 per cent—is now living in poverty as the long winter continues.

Select one
What percentage of people displaced by climate change are women and girls?
Correct answer
Incorrect answer

Of people displaced worldwide, women, girls and members of LGBTQI+ communities are hit hardest. For instance, an estimated 80 percent of people displaced by climate change are women and girls, reflecting the reality that women more often depend on livelihoods such as agriculture. These populations also face a growing gap between their needs and the support provided.

A decade ago, humanitarian operations were underfunded by $3 billion. In 2022, the gap had grown to a staggering $27 billion. Without aid, the most vulnerable face a heightened risk of gender-based violence, child marriage and labor, and exploitation and abuse as resources become scarce.

Women and other vulnerable populations should have priority in all aspects of humanitarian responses—from national health systems to social safety nets to the distribution of vaccines. Read about the IRC’s recommendations in our 2023 Watchlist.

While conflict remains the key concern in the Democratic Republic of Congo, the country has suffered repeated major disease outbreaks, including Ebola outbreaks (two outbreaks reported in 2022) and a resurgence of bubonic plague (confirmed in Ituri in April 2022).

The country’s chronically weak health system struggles to contain recurrent outbreaks of preventable or treatable diseases, such as cholera, malaria and measles. Ineffective community engagement has led to distrust of government employees and health professionals, making the sick less likely to seek treatment.

The IRC has operated in Congo since 1996. In recent years, we have launched emergency responses to contain Ebola, including the latest outbreak in eastern DRC. The IRC’s response to COVID-19, Ebola and other health crises includes training health workers, rehabilitating hospitals and clinics, and providing essential medicine. Learn more about the IRC’s DRC response.

“The 2023 Watchlist reveals a need for a step change in the way the international community approaches humanitarian crises. At their heart, these are political crises, economic crises, security crises, and climate crises,” said IRC president and CEO David Miliband. 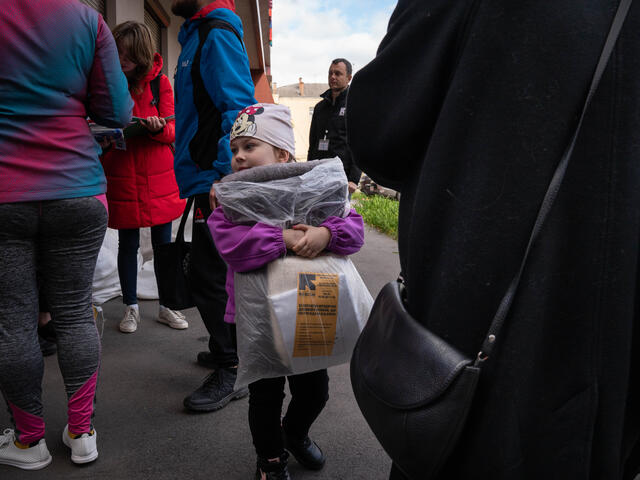 “The nearly 340 million people who require aid in 2023 need more humanitarian funding for greater and better programs. But they also deserve more. They require a plan to break the cycle of runaway crises. This means new tools to protect people caught up in conflict, and a new commitment to confront—rather than compound—shared global risks.”

There is still time to prevent the worst outcomes for countries in crisis. At local, regional and global levels we can all take action to limit the most extreme impacts on communities.

Support the IRC’s lifesaving work as a monthly donor.