The New York Times welcomes the IRC, refugees to its "Neediest Cases" campaign

The International Rescue Committee has become the first global organization to be named to the New York Times Neediest Cases Fund. "The IRC is the gold standard of aid groups working with refugees,” writes Times columnist Nicholas Kristof.

The New York Times this week named the International Rescue Committee the eighth beneficiary organization of its Neediest Cases Fund. The fund has assisted thousands of people since its founding in 1912, enabling New Yorkers in need to receive counseling, job training and other social services.

Based in New York, the IRC works in 29 U.S. cities and more than 40 countries to restore health, safety, education and economic wellbeing to refugees and other people affected by conflict and disaster. The organization is the fund's first new beneficiary in decades. 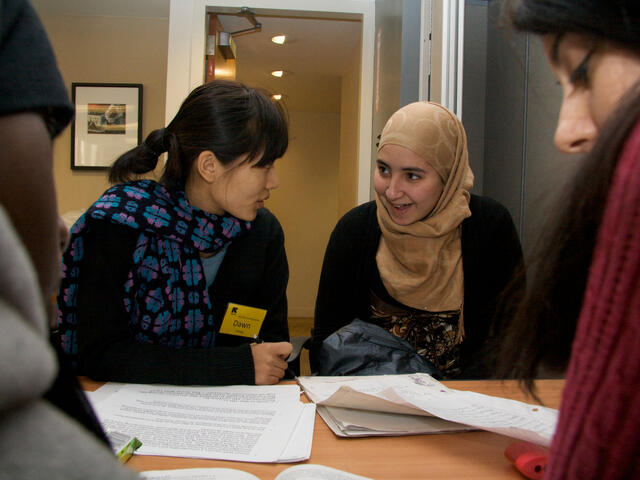 Volunteer tutors teach refugee students during a Saturday learning series at an IRC office in New York City. The New York Times has named the IRC as a beneficiary of its Neediest Cases Fund for the organization's work with refugees in the U.S. and around the world.
Photo: Lily Solmssen/IRC

"The IRC is the gold standard of aid groups working with refugees,” wrote Times columnist Nicholas Kristof in a commentary published on Nov 14.  “I’ve seen it in action in Darfur, Chad, Central African Republic, Greece, Jordan, South Sudan and other places."

Last year, more than 23 million people around the world benefited from the efforts of the IRC and its partners. In the U.S. alone, the IRC helped resettle 9,961 refugees and provided services to many more, including victims of human trafficking.

“I’m delighted that after 105 years, at a time when refugees are a target of vitriol and scapegoating, the Neediest Cases Fund is embracing their cause and backing the International Rescue Committee,” said Kristof.

During this year's Neediest Cases Fund campaign, The New York Times will publish stories of people who benefited or may benefit from the fund, and invite Times readers to donate online. The campaign runs through February 2017.