Beirut, Lebanon, December 16, 2016 —  Over two thirds of Syrian refugee children working on the streets in Lebanon work for six days a week, with more than half working for up to 10 hours each day, according to a new survey conducted by the International Rescue Committee. Typically aged between six and ten years old, more than one in four children also reported to the IRC working both day and night shifts.

An estimated 1,500 children work on the street of Lebanon, and many of these can be found selling CDs, tissues or gum on the streets of its largest cities of Beirut and Tripoli – the two locations surveyed by the IRC.

Lebanon is home to 1.5 million Syrian refugees, and half of them live in extreme poverty. Five years into the conflict, 80 per cent of Syrian families in Lebanon lack residency permits for some or all adult family members, severely restricting their ability to move freely in search of paying work. As a consequence, some refugee parents have decided their only choice is to send their children to work on the street.

Children working on the street is the most visible sign of the Syrian refugee crisis in Lebanon. Street work is extremely hard for children, involves punishingly long hours, and robs them of the chance to enjoy a normal childhood.

Working on the street isn’t safe and more than 60 percent of the children polled said they had experienced some form of violence. This was most commonly physical violence from passers-by but also included verbal abuse and some instances of sexual harassment.

One father interviewed by the IRC expressed his concerns for his child’s safety. He said: “I would be scared, and worried about him, until he'd get home. Often his CDs would be stolen, he could have problems with other kids and get beaten up.”

While there were similarities between the circumstances of children working in both cities, there were also some marked differences. In Tripoli, nine in 10 of the children surveyed were from Aleppo governate in Syria, while the origins of children in Beirut was more varied. In Beirut, almost half of the children polled were girls compare to only 14 per cent in Tripoli. In Beirut, nearly a third (28 per cent) are involved in begging, while in Tripoli it’s only 3 per cent.

Nearly all of the 173 children surveyed arrived in Lebanon between 2012 and 2014 - so, at a minimum, they have already missed two years of school. In 2016, the IRC helped 150 children working on the street get back into school, even enrolling 112 in an accelerated learning programme to help prepare them for attending formal education again.

Each week around 90 street working children take part in fun activities run by the IRC, to give them some semblance of a normal childhood and help them recover from the trauma and stress they face in their daily life, help them develop their emotional and creative skills and help them recognise danger, especially from predatory adults.

To further combat the dangers faced by children working on the street, the IRC runs a 24-hour emergency hotline so that child protection officers can be alerted immediately to any serious issues.

You can watch the International Rescue Committee’s film of children working on the streets of Tripoli, here.

Read the stories of Bilal and Fouad, now back in school thanks to the International Rescue Committee here.

Read more about the work of the International Rescue Committee in Lebanon here. 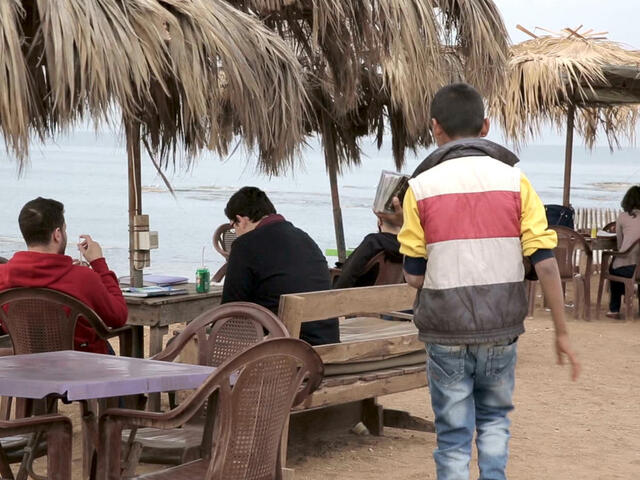 Syrian children selling CDs in Tripoli. Nine out of ten of the children working in Tripoli are originally from the Aleppo region of Syria. Nearly half are aged between six and 10 years old and 70 per cent work between 6 and 10 hours a day. Those working on Tripoli’s waterfront can earn up $15 a day.
Photo: T. Breuer for the IRC 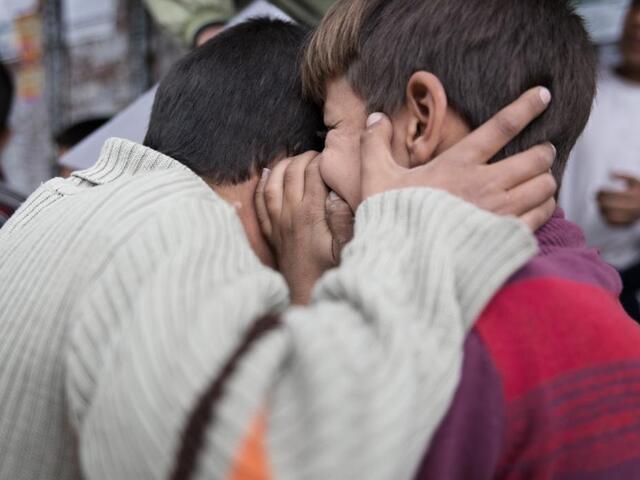 Each week around 90 street working children take part in fun activities run by the International Rescue Committee. In 2016, the IRC helped 150 children working on the street get back into school.
Photo: T. Breuer for the IRC