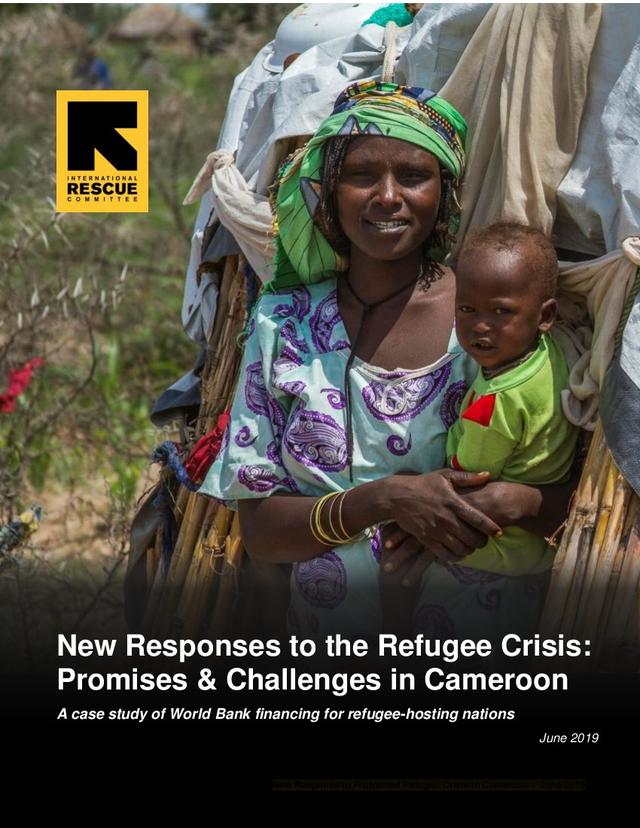 Cameroon aspires to meet the Sustainable Development Goals (SDGs) by 2030 and become an upper-middle-income country by 2035. Until recently, it had avoided the instability and violence that other countries in the central African region have experienced, but the country is increasingly vulnerable. Today, Cameroon faces three forced displacement situations: refugees from Nigeria and internally displaced persons (IDPs) in the Far North region, refugees from Central African Republic in the East region, and IDPs in the Northwest and Southwest regions.

Despite these challenges, the Cameroon has a progressive refugee legal regime and committed in 2016 to expand refugee protection. In support of this effort, Cameroon became one of the first countries to receive financing through a new sub-window of the World Bank’s 18th replenishment of its International Development Association (IDA18). The projects financed by the sub-window aim to strengthen Cameroon’s health and education systems, support decentralized local governance, and strengthen social safety nets for both refugees and host communities.

This case study, which draws on the literature and key informant interviews in early 2019, investigates the potential impact of the World Bank’s new approach and investments in Cameroon. It finds the government’s adoption of progressive refugee policies and engagement with new approaches commendable, although the government has struggled to fully deliver on its commitments around forced returns. The World Bank-funded projects that expand existing Bank work to areas hosting refugees is welcomed, but it is not yet clear how they will adequately include refugees in decision-making processes or adapt to refugees’ particular needs.

Based on these observations, this case study offers recommendations for the government of Cameroon, the World Bank, UNHCR and other donors. It calls on the government to appoint a focal point for response to forced displacement; create a taskforce of relevant government officials and development and humanitarian partners to support policy and program implementation; and include refugees in national development plans and SDG reporting. It calls on the World Bank to define and measure a set of outcomes for its financing; outline conditions for Cameroon to maintain a sufficient refugee protection framework; and standardize its consultations with NGOs and with refugees.