On February 23, more than a dozen speakers testified before the Georgia House Higher Education Committee in favor of House Bill 932, a bill which would extend in-state tuition at Georgia public colleges and universities to refugees immediately upon resettlement, as opposed to the current one-year wait period. The bill would also apply to individuals who risked their lives to support the U.S. military overseas, including our Afghan allies who were evacuated last summer.

Penned by Wes Cantrell (R-Woodstock), HB 932 is the product of the Georgia House Study Committee on Innovative Ways to Maximize Global Talent—an initiative to maximize the workforce participation of our foreign-born neighbors here in Georgia—and would allow those whose lives have been uprooted due to violence and persecution to continue their education without further interruption. 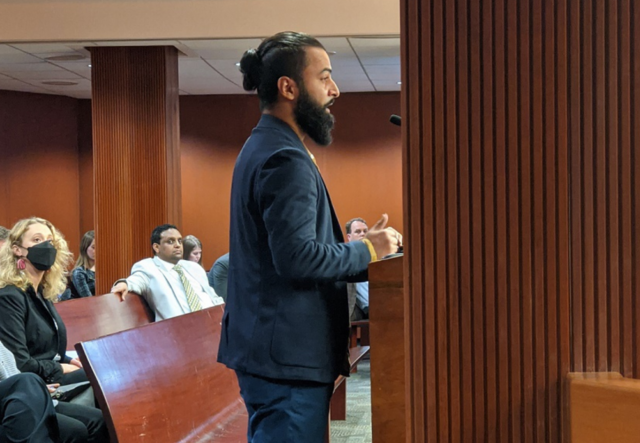 Among those providing testimony was the IRC in Atlanta’s Deputy Director of Programs, Ayaz Ahmed, who spoke on his experience working with refugee youth through the IRC’s Connect 2 Success program. “Over the past five years, my experience in this program has taught me that refugee youth and young adults are resilient, determined and goal-oriented,” Ayaz shared. “Unfortunately, though, too often we see young people who are forced to defer their dreams due to structural barriers. One such barrier is the classification of refugees or SIVs or humanitarian parolees as non-Georgia residents, and sometimes even as international students, instead of being recognized as the permanent, in-state residents that they truly are.”

Refugee youth and young adults are resilient, determined and goal-oriented. Unfortunately, though, too often we see young people who are forced to defer their dreams due to structural barriers.

Ayaz also shared the story of one IRC client, Sara*, who came to Georgia with her family as a Special Immigrant Visa (SIV) recipient from Iraq in 2018, when she was 21 years old. “She came here with a high school degree, with the hopes of pursuing multiple careers; she was a very motivated young woman. She wanted to do pharmacy, IT and modeling all at the same time.” However, despite meeting all the requirements to attend an IT program at Georgia State University, Sara decided the cost of tuition was too much. By the time she was eligible for in-state tuition, one year after arriving in Georgia, Sara said that the only option left for her was to work and support her family so that her younger sister could one day achieve her dreams. “I can recall the heartbreak in her voice as a young 22-year-old tells me that her chance is gone, all because that one year had elapsed. So, therefore, I urge all of you to allow Georgians like Sara to pursue their dreams.” 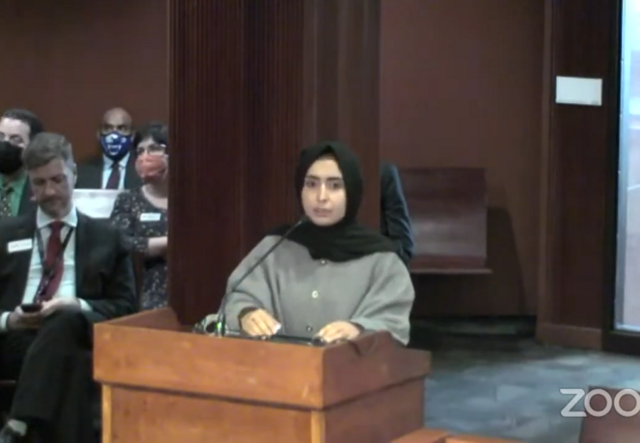 The Higher Education Committee also heard from Hasina Alokozai, a former public health student and recent Afghan evacuee. “[Afghans] are working to stand on our own and support our families. But last year, everything changed,” Hasina shared. “Passing House Bill 932 would help many Afghan refugees like me who want to continue their education, demonstrate their professional skills to the Georgia workforce, and break the chain of lack of access to education for Afghan women.”

Though HB 932 was met with sweeping praise from Higher Education Committee members from both sides of the aisle and no members of the public spoke in opposition, the bill will not be presented for a vote this legislative session. While we are disappointed by this development, we are grateful for everyone who gave testimony and spoke out courageously in support of this bill, as well as all the community advocates who called Georgia legislators to champion in-state tuition access for our new American neighbors.

Sign up for the Coalition of Refugee Service Agencies (CRSA) Action Alerts here to keep up to date with our policy and advocacy work here in Georgia.

To learn more about the work of the IRC in Atlanta and for information on how you can get involved with the IRC as a donor or volunteer, please contact Senior Development Manager, Kalie Lasiter, at [email protected] or 678-636-8941.