While U.S. citizens have a right to a government-appointed attorney when they are accused of crimes, that’s not the case for immigrants at risk of deportation, even if they were charged with minor traffic offenses.

As a result, they either must pony up money for an attorney or face a high risk of being deported to countries where they may contend with life-threatening circumstances.

“I’ve heard it described as ‘Traffic court rules with death penalty consequences,’” said Jessie DeHaven, one of two attorneys who joined the IRC in Turlock/Modesto in January in conjunction with the newly launched California Immigrant Legal Fellowship program. 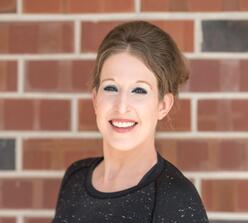 Jessie DeHaven, one of two attorneys who joined the IRC in Turlock/Modesto in January in conjunction with the newly launched California Immigrant Legal Fellowship program.

Jessie and fellow attorney Jasmin Aleman seek to change the status quo through their legal work at the IRC. They are two of 10 attorneys appointed through the California Immigrant Legal Fellowship, a $4.7 million initiative funded by the California Department of Social Services to assist those at risk of deportation in the Central Valley and on the Central Coast.

California ChangeLawyers, which seeks to right historical wrongs in the courtroom, and the San Francisco-based Immigrant Legal Resource Center are providing supervision for the two-year fellowship program. Participating attorneys receive extensive training and mentorship both prior to getting started and during the fellowship from the California Collaborative for Immigrant Justice and Immigrant Legal Defense.

Jasmin said she is grateful for the extra training and support that she and other fellows are receiving. 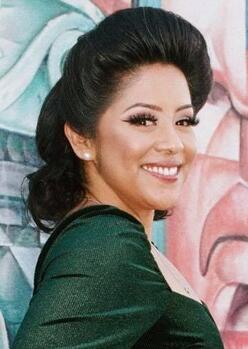 Jasmin Aleman, one of two attorneys who joined the IRC in Turlock/Modesto in January in conjunction with the newly launched California Immigrant Legal Fellowship program.

A native of Modesto, Jasmin graduated from Lincoln Law School in 2017 and worked for a Native American nonprofit before she learned about the fellowship program and jumped at the opportunity to get involved.

“I felt like they wrote the job description exactly for me,” she said.

Jessie, a Sacramento resident who plans to move to Turlock, graduated from UC Davis School of Law in 2005, but she opted to work as a fitness instructor for most of the years since that time before joining the fellowship program. She has provided counsel as a volunteer during those intervening years to those who were in federal or state detention facilities.

While some organizations in Los Angeles and the Bay Area have offered free legal counsel for immigrants facing potential deportation, such programs historically have not existed in the Central Valley and the Central Coast regions, she said.

“These are really underserved regions of the state with huge immigrant populations, so we want them to have legal services that are available for removal defense,” she said.

The effort to establish the fellowship program, spearheaded by the Northern California Collaborative for Immigrant Justice, required a couple of years of advocacy and planning, with support coming from the more than 60 different individuals and organizations, including the IRC.

Both Jessie and Jasmin say they have high hopes for the program, and they would like to see it continue to be sustained even after the fellowship comes to an end.

“Everyone deserves dignity of representation no matter where they come from,” Jessie said.

For information about legal services, contact the IRC in Turlock/Modesto at 209-667-2378.