Positive community integration for newly arriving refugee families includes enrolling kids in school, helping adults find their first job in the U.S., navigating the U.S. Healthcare system... and attending a first Broadway production! This fall, the International Rescue Committee (IRC) in Salt Lake City partnered with Broadway Across America to help refugee families and others served by the IRC to enjoy live performances of The Lion King available through Broadway at the Eccles.  Through this incredible community partnership, the IRC in Salt Lake City received 220 tickets to share with refugees and immigrants in our programs, spread across four performances. All tickets were claimed by families served by the IRC, with a few tickets utilized by the IRC staff and interpreters to support access to and navigation of the event.

The IRC partnered with Broadway Across America to provide an opportunity for refugees that we serve to attend!
Photo: Disney Lion King on Broadway

Victor Hamburger, Vice President, Mountain Region, and his team at Broadway Across America, knew about the IRC’s work and reached out with the opportunity to ensure refugee community members could attend the performances in October. He wanted to provide this experience for refugees in Salt Lake City who would not otherwise be able to attend a Broadway performance due to income, language access, or simply not knowing the opportunity existed.

Flavia, a single mother and former refugee from Uganda, took her three kids to The Lion King production at Eccles Theatre. As a member of the IRC’s New American Advisory Council, she was offered tickets to attend the production with her family. Flavia enjoyed meeting other refugees in the community and sharing this experience with them.

Flavia and her family loved the storyline of The Lion King! She admitted to shedding some tears when Simba (Swahili for “lion”) was able to retake his kingdom. “I loved the opening scene and the beautiful choreography with the African safari. The show was so colorful with the costumes and scenery, my kids and I loved the creativity throughout the show,” said Flavia. 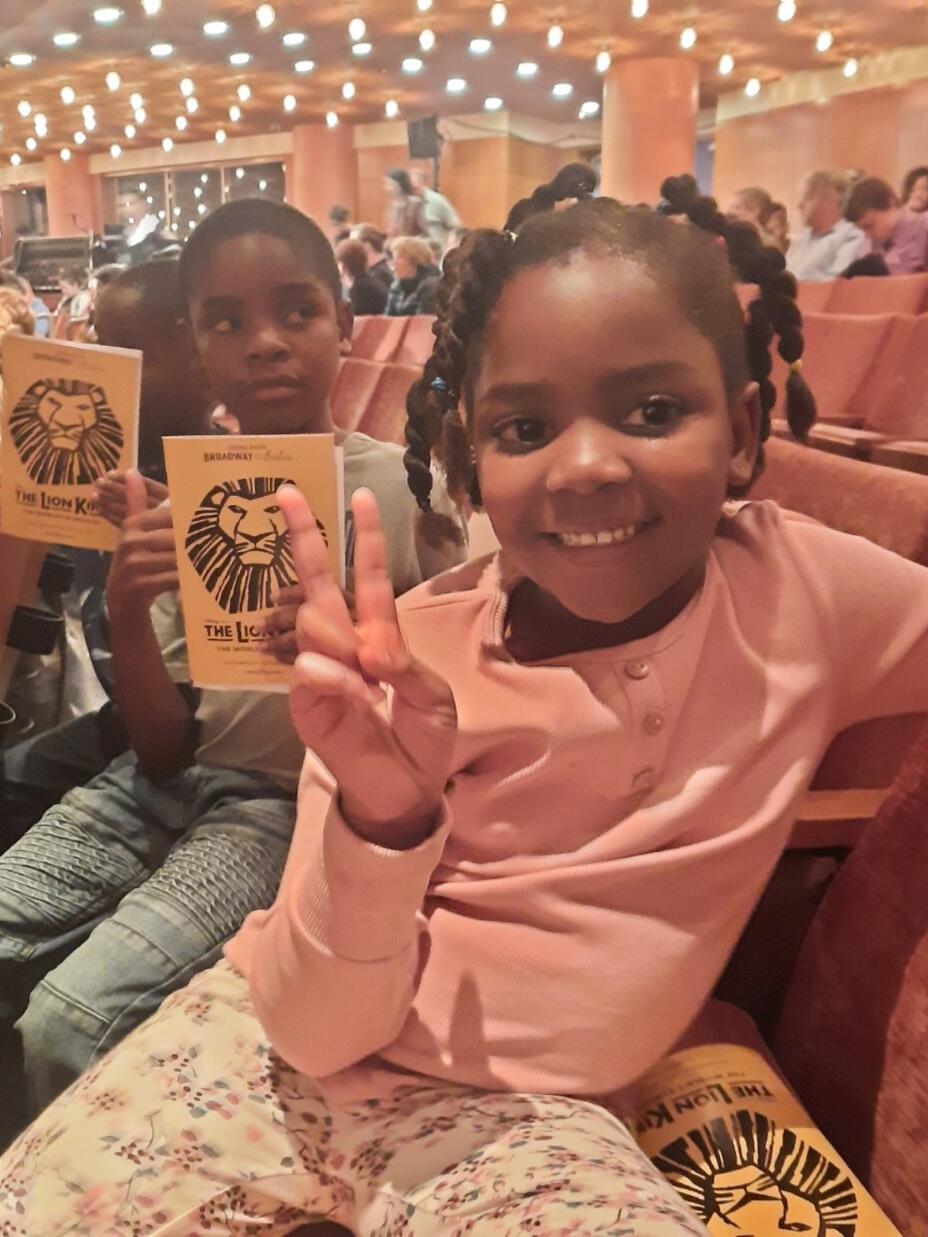 The Lion King story has many cultural connections with a variety of African countries, languages, and cultures being represented throughout the show. Flavia saw a great deal of Western African culture represented and appreciated that her kids got to see aspects of their history and where they came from through the performance. The show gave the kids a chance to connect with African culture in a fun and engaging way.

Though only a small percentage of families served by the IRC were able to attend the performance, the show made an impact on families such as Agnes and her kids! The families who attended the show built memories together alongside their new neighbors. “We hope this opens doors for families in the future to more consistently access events, performances, and Utah traditions. We are grateful for the thoughtful approach Broadway Across America took to ensure families were welcomed into the Eccles Theater,” said Jesse.

Community partners support efforts to welcome our newest neighbors, they ensure they are included in spaces that often feel out of reach, and support refugee families as they settle into the state of Utah. Learn about community partnership opportunities with the IRC in Salt Lake City here.