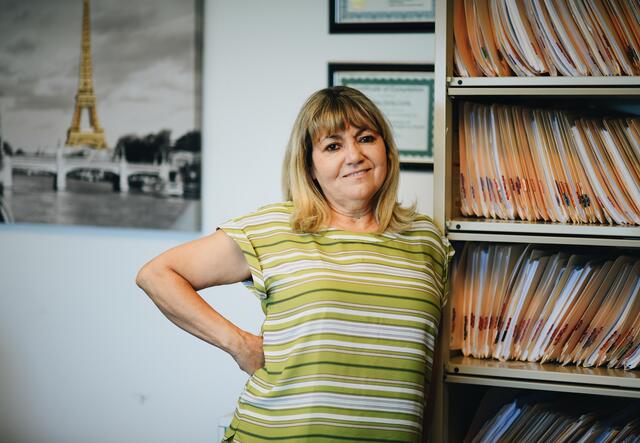 When It All Began

The year was 1985, when Nadeana immigrated from France with her husband to Santa Barbara, California. Before the move, she was studying to become a Dental Hygienist and had six months of her coursework left. While she had the intention to complete her studies in Santa Barbara, life had other plans. 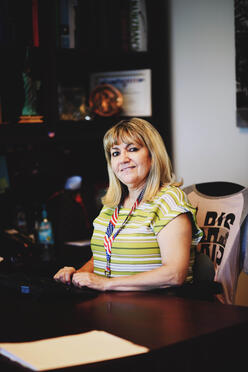 A year later, after her husband received his PhD., they both decided to move to Arizona. Here, they welcomed a baby girl and Nadeana managed their home until her daughter was seven years old. There happened to be a dental office nearby and Nadeana’s husband gave them a call to see if they could meet with her - even if it was just for a volunteer opportunity.

As Nadeana recalled, “I went to the office and I met with the HR person, and we ended up talking about France and my life!” She was told that they would give her a call back after completing other interviews and to her surprise she shared, “By the time I reached home, the phone rang and it was them and they said they want me to work for them.” While she worked at the dental office, she was able to complete her dental degree.

It was at that dental office, where Nadeana was introduced to the IRC, whose building was located right next to the dental office at the time. Caseworkers would bring their clients, refugees, in to get some dental work done- mostly refugees from Iraq, Bosnia, and Kosovo at the time. Through those visits, Nadeana was able to learn more about the organization and the work we do with refugees and came to the realization that that is where she wanted to work.

“I’ve never had experience in immigration... by doing application after application - I eventually became an expert.”

Determined to get her foot in the door, Nadeana kept a lookout for open positions with the organization until, “One day, there was a vacancy at the reception desk. I went ahead and scheduled an appointment with the director,” she shared. Nadeana was asked if she was certain about making this switch – there was no doubt in her mind. So, she began her long and impressive journey with the IRC starting out as the receptionist. It was a small team in the beginning with only 20 employees and a few programs.

In addition to carrying out her duties as the receptionist she would shadow and assist the immigration lawyer and was able to absorb information pertaining to Immigration such as: policies, laws and paperwork. “I used to bring clients in and help with their green card applications, travel documents and used to do a lot of AOR’s (Affidavit of Relationship) for Bosnians then,” she added. 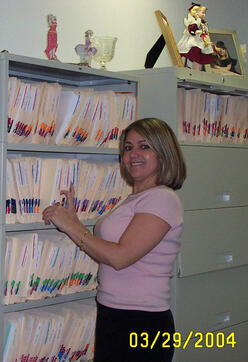 Here, Nadeana stands by her client's files in her old office. This was taken in the year 2004.
Photo: IRC Archives

The former immigration attorney decided to leave the IRC to open his own practice, and she was promoted by the IRC Director to Immigration Services. This was not an easy task for someone who didn’t have a background in Immigration law, but Nadeana was heavily invested in her clients and was up for the challenge. Two consulting attorneys were brought in, temporarily, who aided in the transition and were able provided guidance with training in order to get her accredited. “I’ve never had experience in immigration... by doing application after application - I eventually became an expert,” she shared. By working tirelessly on client files, submitting applications for refugees, and learning the laws, she strengthened and expanded this program to be one of the best programs IRC has had.

Her progress was monitored and efforts were recognized by the IRC headquarters staff in New York, who facilitated the accreditation application to the Department of Justice.  The process to become accredited requires many steps and may take up to a year to be approved. One must have a high level of knowledge of Immigration Law, and continue to take trainings each year as immigration law changes with time.  Nadeana has been DOJ accredited for 23 years now. She explained, “Since I was part of IRC, IRC applied on my behalf, and I became DOJ accredited. Being a DOJ, you can represent clients before immigration, just like attorneys do."

“They want to utilize our immigration services because not only are we the best, but also affordable. They trust us and we get the job done.”

It takes a well connected individual to run a program of this caliber and Nadeana credits her ability to make connections with each community - Middle Eastern, Hispanic and African communities and the affordability of the services provided - for its continued success. She is able to communicate fluently in French, English and Iraqi Arabic. Eventually, more and more refugees learned about the services offered and wanted to meet with her. She added, “they want to utilize our immigration services because not only are we the best, but also affordable. They trust us and we get the job done.” It’s important to note that her job runs in a continuous cycle. As Nadeana stated, “there will always be follow-ups and questions.” The Immigration Services team covers a whole range of topics from green card applications, to travel documents and DACA renewal to family reunification. When Nadeana is not working on cases, she is compiling monthly reports to send to Headquarters and management.

Changes Over the Years

Having been a part of this organization for 23 years, Nadeana described a few key changes she has noticed over the years:

“I think it’s like destiny, maybe God wanted me to work for IRC so if I did not work for that dentist, specifically that dental office, I would never have a chance to work with refugees.” 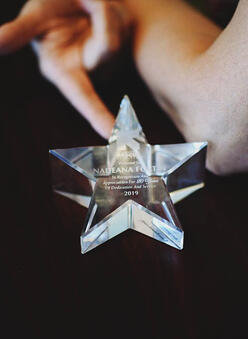 Despite the challenges Nadeana faced when she first took on the Immigration Services department, she wouldn’t have it any other way. What brings her the most joy is getting to work closely with clients and following them on their path to becoming citizens. “Imagine [within] five years, not only do they learn English, buy a home, and get a job, they become U.S. citizens – There is no greater satisfaction. I don’t want anything except to work with clients.” When reflecting on her time with the IRC so far, she feels nothing but gratitude to the IRC for taking a chance on her and allowing her to take a deep dive into this work and giving her the space to learn, lead, and grow. This wasn’t just a coincidence but was meant to be. “I think it’s like destiny, maybe God wanted me to work for IRC so if I did not work for that dentist, specifically that dental office, I would never have a chance to work with refugees,” she expressed.

Today, the Immigration team is made up of nine staff members including Nadeana where they continue to serve their clients every step of the way. Through all of the changes, she has been able to adapt and is proud to work here - she couldn’t even imagine doing anything else. "I love it here," Fortin shared. Nadeana would like to encourage those who are interested in joining the IRC by saying, “You are going to be helping these people resettle and move on with their lives - to better their lives.” Thank you, Nadeana, for your continued service and leadership. We are grateful to have you on our team!