Trapped by My Identity: A Syrian-American Student on Reclaiming ‘Refugee’ 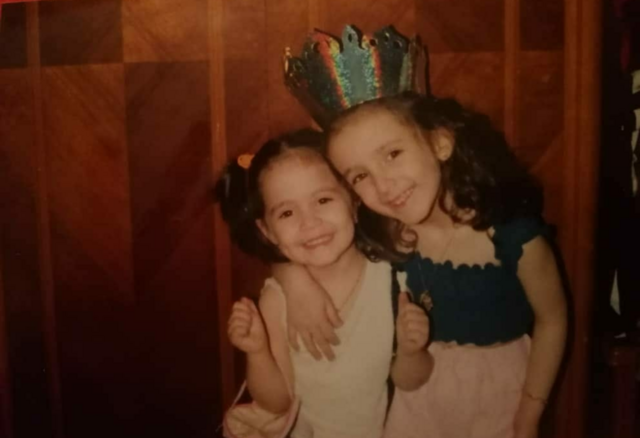 Do you remember the dreams you had when you were younger? A huge house with a pink pool, finally getting a race car bed, a secret slide to the underground where you would meet with your friends? I always dreamed of living in a foreign country, in a big house with a green front yard and trees all over. We’ve all been asked what we want to be when we grow up. When I was 12 years old, the only answer that came to my mind was: “I want to be safe.” I never expected I would have to escape to my dream.

I was born in Damascus, Syria and lived in a small neighborhood with a lot of other kids. I still have a scar on my arm from wrestling with one of them. I never thought I would ever leave. I had a normal childhood: I lived in a small house with my parents, my two siblings and my grandmother, went to a normal school, and hung out with my normal friends.

When I think about it now I can’t remember exactly when it all started to change. I just remember sleepless nights, noises all night long, the room we all slept in because we thought it was safer, and eventually, when I stopped seeing my friends. I don’t know if they left the country or if they were too afraid to go outside. Perhaps I was just too scared to go to the balcony to see.

Before it all started in Syria, I saw pictures on the TV of some kind of civil war and asked my father if this would ever happen to us. He laughed at how silly the question was and told me not to worry. On the night that the city my mom taught in was destroyed, I asked my father if he remembered how he lied about the pictures. He looked at me and said, “I didn’t lie; this is nothing like that picture. This is worse.”

When it stopped being safe to go outside, life came to a standstill. My little brother needed jaw surgery, but my parents couldn’t do anything. We ate the same dish for a week because we could not leave to get anything else. I remember the first night we finally slept in our own house after being trapped at my aunt’s house for 9 days. It was the same night my cousin, enlisted in his mandatory military service at the Syrian-Iraqi border, went missing.  Two days later, we learned he and everyone in his unit were dead. 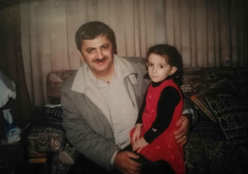 In our house, there was a bag next to the door which we were not allowed to move. I only found out later that my mom had put all our papers and passports there in case we had to run. The images of Syria will haunt me forever: tanks everywhere, broken glass and blood in the streets, sleeping in one room hoping we would be safe, and the sound of my four-year-old brother crying at night. I’ll never forget the tank that faced us on our journey to Jordan; I was sure – this is where I’ll die, neither at home nor somewhere safe.

Soon after we arrived in Jordan, someone set off fireworks in a field near us. We were asleep but I flipped out of bed, grabbed my siblings, and ran to my parent’s room as fast as I could; thinking the war had followed us. Life in Jordan meant no more tanks and blood, no more sleepless nights, and no more electricity cuts. I was finally safe, starting life fresh in a new school with new friends.

I never let myself think about what I was.  To the world, to every organization, I was just a refugee. Just one of the 630,776 Syrian refugees in Jordan. 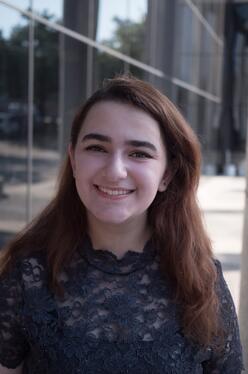 Manar, outside of her graduation robing ceremony with the IRC in Dallas.
Photo: Andrew Holzschuh/the IRC

As the image of going home faded away, a new challenge appeared: being a Syrian refugee in Jordan was not easy. I was determined to not let strict laws and mean comments stop me. I think that is the main reason I wanted to volunteer and get involved in the community: to feel like I have people around and to feel like I belong.

My parents had always talked about the resettlement move and how they knew people who got resettled here and there. Because my father was having a tough time finding a job and my brother’s health issues, life in Jordan was getting more and more difficult. In March 2016, after 5 years, we got a call from the UNHCR saying we were selected to be resettled in the United States. I didn’t think we would really leave. Maybe part of me didn’t want to leave, but maybe part of me didn’t want to leave behind the people who had interviewed for years and are still in Jordan.

I had thought it would be easy to come to a foreign country with new people and a different culture and language. Although people in Dallas were very nice and welcoming, I never wanted to mention where I came from because of the assumptions people made or the sympathy looks I got. I didn’t want “refugee” to define me to the point where I didn't even want it to be a part of me. Over one-year later, I got an IRC e-mail about a cross-cultural leadership training program for Syrian refugees in Washington, DC. I don’t know what pushed me to apply to go to DC for a month alone, but it is safe to say now that it is the best decision I have made in my life.

RefAmerica is a program that brings Syrian refugees to the Capital to make them feel welcome, learn about the American lifestyle, and help them share their stories. I met great people and felt like I was at home every minute of every day. We visited A LOT of museums, participated in the 4th of July parade, met really interesting people, and visited the UNHCR and the US Department of State offices. Most importantly, RefAmerica taught me to accept who I am, to share my story in front of people, and to be more proud of my identity. I finally feel like I deserve to be here, and that although I was not born here, I can be something more. “Refugee” is only a small part of me and it doesn’t define who I am.

Being in the United States is truly a blessing. Although I miss Jordan and my people there, being here is something I will forever be thankful for, and it is an opportunity I'm not looking to waste. Thanks to the amazing people that helped us feel welcome, I can happily say Dallas feels like home 6,677 miles away from home.

Manar Kharchou and her family were resettled from Syria by the IRC in Dallas in 2016. She is currently a freshman at Richland College, majoring in Biology. Manar hopes to become a biomedical engineer and loves to read in her free time. 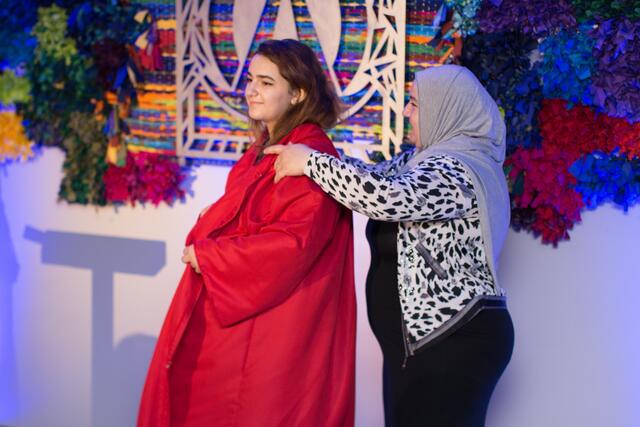 Manar being robed for graduation by her mother at the IRC's robing ceremony in May 2018.
Photo: Andrew Holzschuh/the IRC 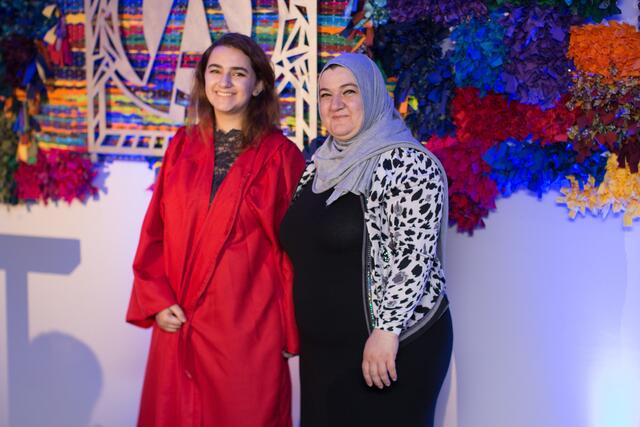 Manar and her mother at her graduation robing ceremony with the IRC in Dallas.
Photo: Andrew Holzschuh/the IRC