A Volunteer Offers Insights into IRC and Lifechanging Experiences

Hello I’m Anita and I’m a volunteer with IRC Seattle. Over the past five years I’ve helped in various ways. One of my most intense experiences was spending two weeks at Fort Bliss, one of the U.S. landing sites for Afghan evacuees after the fall of Kabul. I want to share a few highlights from my experience and give you an inside look at what it means to work and walk alongside IRC staff and clients. 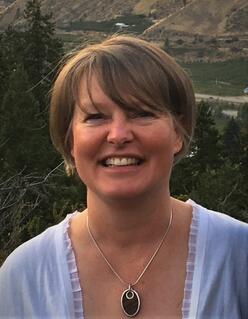 Anita MacGillivray is a volunteer with IRC in Seattle. She has helped in many capacities, but one of her most memorable experiences was supporting refugee processing at Fort Bliss, TX following the evacuation of Kabul, Afghanistan.
Photo: IRC Seattle

I decided to volunteer with IRC to support refugees and immigrants and ensure they feel welcome. Donating money to IRC is great, and I also wanted to connect with and support people on a deeper and more meaningful level. IRC offered me varied and flexible ways to support different groups in the community.

I've been lucky enough to take part in afterschool tutoring, online citizenship class tutoring, and apartment setups for newly arrived families. One thing that really surprised me was the content for the citizenship classes. The amount of information refugees and immigrants have to learn is mind-blowing, and most U.S. citizens probably couldn’t pass it!

All of my volunteer experiences have been rewarding, but the most memorable was my time at Fort Bliss, Texas. Fort Bliss was set up as a temporary processing center for the mass influx of Afghan refugees following the Taliban takeover of Afghanistan in 2021. I was there for an intense two weeks helping with the intake process, collecting basic information from Afghan arrivals as part of their journey to resettlement destinations across the country.

We arrived during the first week as the temporary site was being set up. Every morning, two large buses full of volunteers and staff from various resettlement, non-profit, and government agencies would leave our hotel in El Paso and head to the base. This included a number of IRC staff from around the country who were also stepping outside of their normal ‘day jobs’ to support the effort--it was all hands on deck.

When we first arrived, the base had received 200 Afghan arrivals. By the time we left two weeks later it was like a bustling city and there were 10,000 people onsite and engaged in the processing system.

One of the many things I took away from my time at Fort Bliss was a realization of my privilege via the place of my birth - a circumstance of our lives that none of us has control over but that impacts so much. As a female citizen of the U.S., I feel like I can move around the world with relative ease and comfort. Comparatively, most of the Afghan people I saw at Fort Bliss arrived with no more than a handful of their personal papers and a very uncertain path ahead, intent on securing basic safety and freedom.

Volunteering for IRC has been an eye-opening experience, but always also a fulfilling experience. I hope you will join me and take the time to learn from other people about their culture, their journey, their needs, and their priorities. You too might be surprised at how their journey and priorities differ from what you expect. If you are interested in volunteering, my best advice is to take the plunge and dive in—it’s well worth it!