Amid trauma and conflict, a Syrian girl’s steps to heal

At the tender age of 10, Nada* was forced to flee her home in Hama after watching her grandfather and neighbors lose their lives during a bombing campaign. She and her family managed to escape to a crowded displacement camp in Idlib in northern Syria.

For the next several years, Nada often cried herself to sleep, suffering from recurring nightmares and bedwetting. She withdrew into herself, reluctant to participate in school activities. There were days when Nada avoided school all together because other children would make fun of a birthmark around her eye. 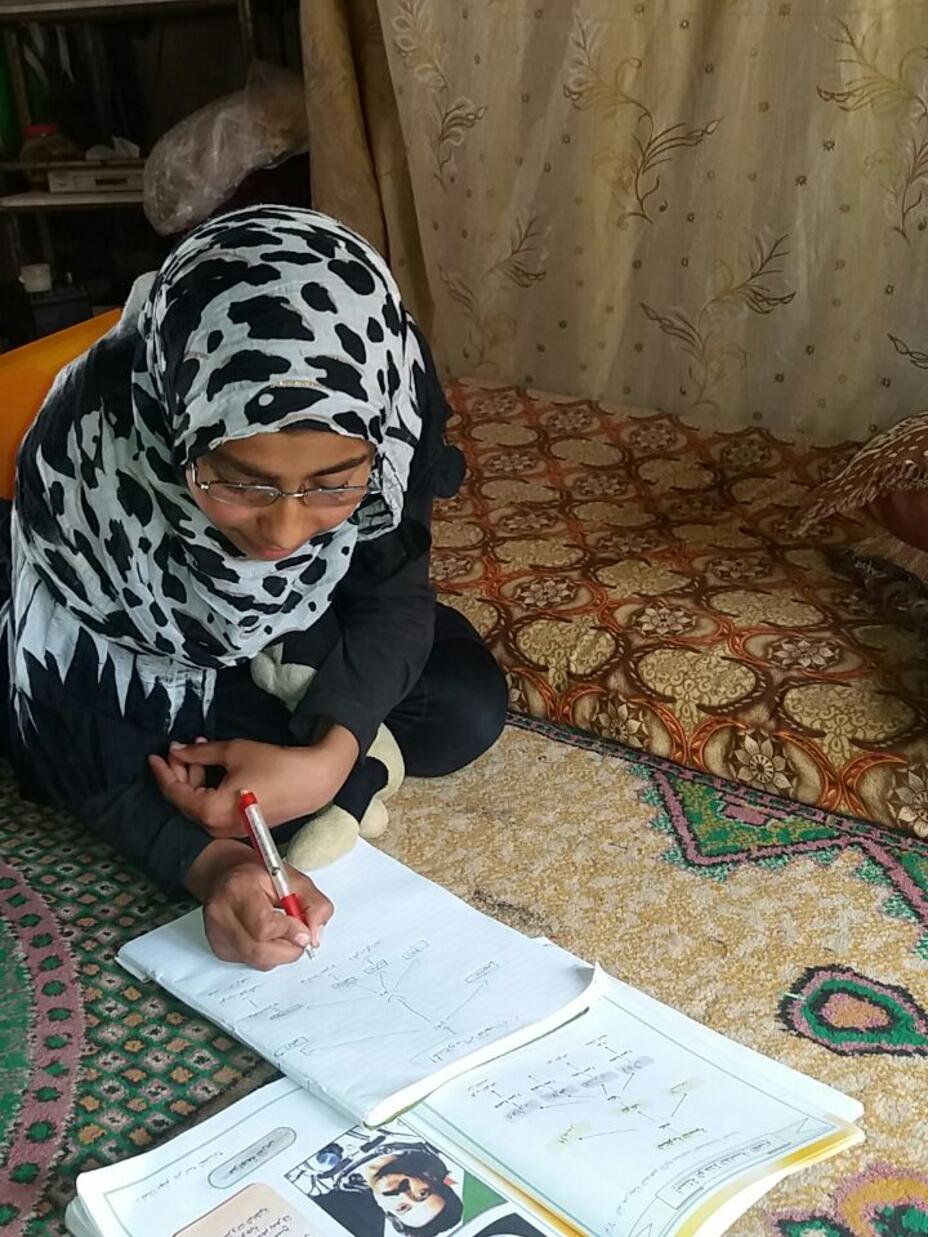 13-year-old Nada takes part in several afterschool activities run by the International Rescue Committee in northern Syria where she struggled to cope with trauma after being forced to flee her home.
Photo: IRC

The toll of Syria’s ongoing armed conflict on children is stark. Over 6 million children are in need of humanitarian assistance, with many in makeshift shelters. Two million have no access to education.

Nada was one of these children struggling to carve out a normal life, who had lost all sense of hope, security and confidence—until she was introduced to several programs operated by the International Rescue Committee that help traumatized children recover their well-being and access educational opportunities to continue their studies.

The IRC’s child protection team has set up more than a dozen safe healing and learning spaces in displacements camps and urban areas across northern Syria. Children who take part in the program receive lessons in English, Arabic, math and social studies as well as individual psychological counseling for those in need of additional support. They also engage in group activities such as art therapy and role playing as a way to express their emotions. To date, more than 7,000 displaced Syrian children have benefited from the safe learning spaces in displacement camps alone.

We are the generation that will rebuild Syria.

Nada, now 13-years-old, was introduced to IRC counselors who recognized her distress and began one-on-one counseling sessions after speaking with her parents. These sessions are designed to support children who have been affected by displacement and trauma and help them to regain a sense of control and normalcy in otherwise abnormal circumstances.

After completing the IRC program, Nada returned to the camp’s regular school where her teacher, with the support of the IRC, had spoken to her peers about mutual respect and tolerance. She also enrolled in a life-skills course for adolescents that brings awareness to communication with peers and adults, gender, human rights and the building of strong friendships.

It was during this period that Nada discovered her desire to become a teacher. “The IRC helped by giving us a chance to express ourselves, promoting our self-confidence, and supporting us to study to reach our goals,” Nada says.

Coinciding with Nada’s return to school, her parents, who also have a five-year-old child, attended an IRC parenting skills course that helps parents address their stress and better support them in the pursuit of their goals.

Today, Nada no longer has nightmares and happily attends activities at the IRC’s Safe Healing and Learning Space. She has made friends and continues to pursue her quest to become a mathematics teacher. Her teachers say she is more active in school then ever.

“I am very happy now to go to school,” Nada says. “I love smiling and hate sadness. I love my family, my friends. [The IRC] helped me and stood by my side since the beginning.”

Nada refuses to allow trauma, war and bloodshed define who she is; instead, she has been inspired to advocate for other children like herself who have been caught in the crosshairs of relentless violence.

“We are the generation that will rebuild Syria,” she says with new confidence. “We must not lose hope, we have to study and go to school. Despite everything that has happened, we are children of Syria and we will stay strong and go back to our homes one day.”