“Face of the famine” baby, Minhaj, before and after

As drought and conflict once again push Somalia to the brink of famine, see how a baby whose story alerted the world to his country's suffering was rescued from starvation six years ago.

When seven-month-old Minhaj Gedi Farah was admitted to the International Rescue Committee’s hospital in the Dadaab refugee complex in Kenya in July 2011, he was dying.

Images of Minhaj’s emaciated little body were shown in media throughout the world. He came to signify the plight of thousands of refugee children fleeing famine-devastated Somalia. 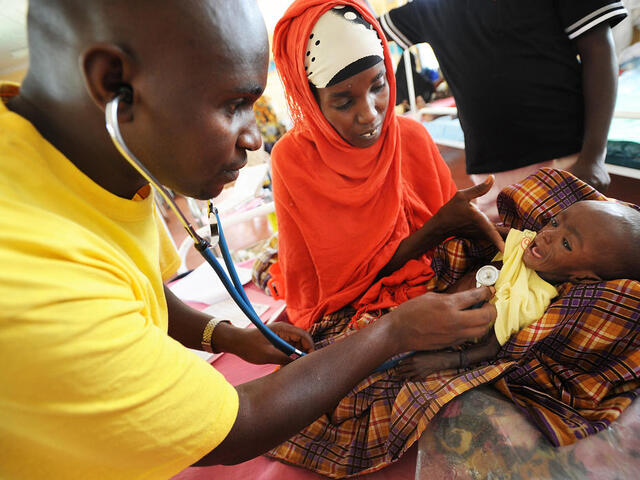 Minhaj Gedi Farah, 7 months old, arrived at an IRC hospital in Dadaab, Kenya, weighing less than many newborns. "He has since gained 400 grams which is a remarkable improvement," said the IRC's Dr. John Kigora (left) one week later. "Against all odds, he will survive."
Photo: Peter Biro/IRC

Weighing just 3.1 kilograms (6.83 pounds), Minhaj was not only suffering from malnourishment but was severely anemic. It was touch-and-go as to whether the baby would survive—his family had given up all hope. 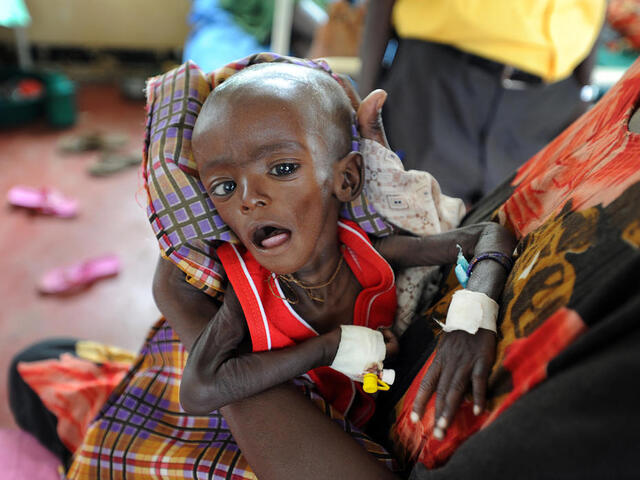 Images of Minhaj's tiny body shown in the media alerted the world to the suffering in Somalia, a country gripped by drought and violence. The baby boy became the face of a famine that ultimately claimed nearly 260,000 lives--half of them children who, unlike Minhaj, didn't receive help in time.
Photo: Peter Biro/IRC

After three life-saving blood transfusions and intensive feeding with Plumpy’nut, a vitamin-enriched peanut paste, Minhaj reached 4.1kgs (9.03 pounds) and was released from the hospital. He was then treated for tuberculosis in an IRC outpatient program. 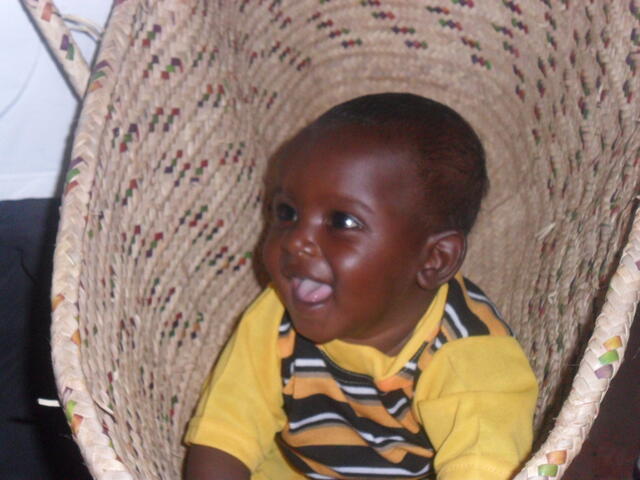 Less than three months after he was admitted to the IRC hospital on the brink of death, Minhaj was chubby-cheeked and playful at a check-up.
Photo: Edward Macharia/IRC

Less than three months after he was released, Minhaj was unrecognizable. His mother, Assiyah Dagane Osman, brought the plump-cheeked baby back to the hospital’s malnutrition unit to visit the IRC doctors and nurses who had saved his life. She was overjoyed and extremely grateful.

“I am very happy with the treatment he received,” she told them. “He is doing very well.” 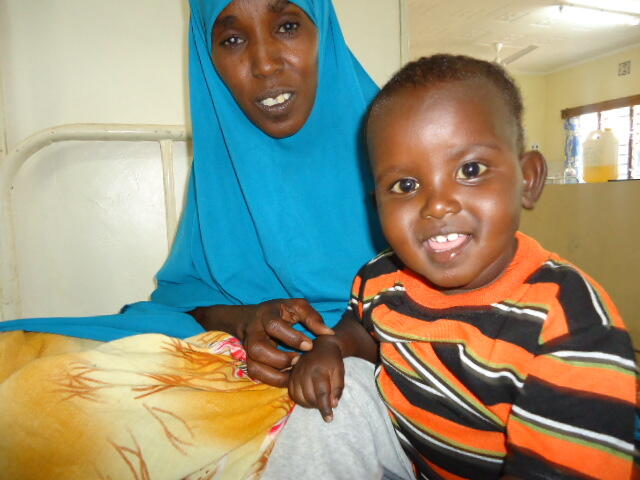 One year after he was first treated, Minhaj weighed 11.6 kgs (25.6 lbs)--well within the normal weight of an 18-month-old. “Since Minhaj left the hospital last year, he has never fallen ill," his mother said.
Photo: Lizzy Ongoro/IRC

As Dr. Humphrey Musyoka and head nurse-nutritionist Sirat Amin examined him, Minhaj giggled and laughed, clearly enjoying all the attention he was receiving. At nearly 8 kilograms (17.64 pounds), Minhaj’s weight was almost normal for a little boy his age. 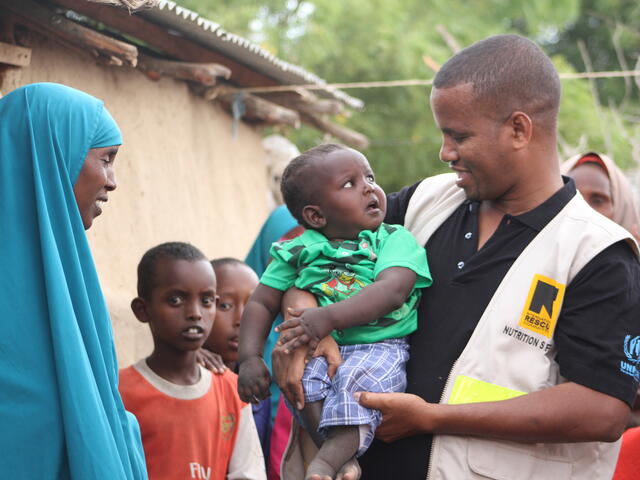 Minhaj receives a visit from Sirat Amin (right), a nutrition nurse on the IRC team that saved his life just one year earlier.
Photo: Lizzy Ongoro/IRC

“We can’t express how we felt when we saw him again,” Sirat said. “We saw a completely different child.”

On the brink of famine

Some 30 million people across Somalia, South Sudan, Nigeria and Yemen are currently at risk of starvation. Learn how the IRC is ramping up our lifesaving response.