How refugee farmers are confronting food insecurity in the U.S.

The COVID-19 pandemic left many Americans, including refugees and immigrants, struggling to put food on their plates. Refugee farmers working with the IRC’s New Roots program are helping to provide healthy, affordable produce.

The COVID-19 pandemic in the United States has done more than make Americans sick; its economic impacts have also led to a food crisis. According to Feeding America, although the situation has improved somewhat, food banks have seen a 55 percent increase in the number of people seeking help.

Refugees and other new Americans are disproportionately impacted, as many are employed in sectors that were hit hard by the pandemic. However, through initiatives like the International Rescue Committee’s New Roots program, these newcomers have also played a big role in ensuring their community can find enough healthy, affordable food to feed their families. 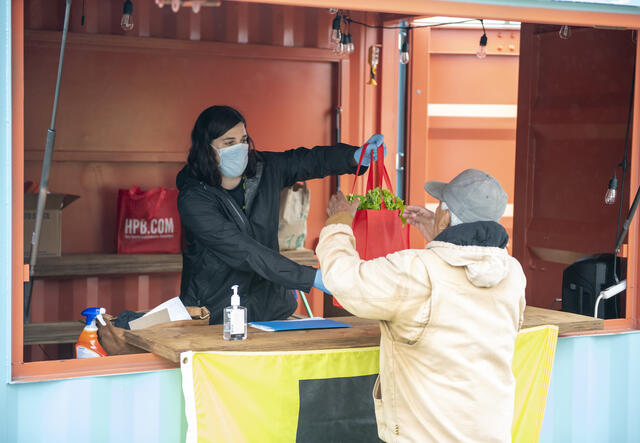 Isabella Chamberlain, new roots coordinator for the IRC in Dallas, hands out tote bags, each with a week's worth of food, to IRC clients in Dallas.
Photo: Michael Kelley

Get the facts on food insecurity in the U.S. and learn more about the refugee farmers confronting this crisis in their communities.

What does it mean to be food insecure?

As defined by the United Nations, being food secure is when people at all times have physical, social and economic access to sufficient safe and nutritious food that is culturally appropriate. Food insecurity is the opposite and can have a dramatic impact on one’s life.

“Without food, we cannot have a healthy life,” says Eugenia Gusev, the IRC’s technical advisor for food security and agriculture in the U.S. She is clear that food insecuity is still a problem for Americans more than a year and a half into the pandemic. “This past year has been exceptionally challenging for our clients, but also for the general population in the United States.

“[Refugees and new Americans] are generally employed in the gig economy,” she says. “They are the frontline workers at the grocery store and in hospitality and health care.”

The situation can be worse for those who are undocumented. A survey of immigrant communities conducted in 16 languages in Massachusetts in July 2020 found that 59% of households reported that they do not have enough food to eat. Among households with at least one undocumented family member, that number jumped to 78%.

There is also the issue of what food banks can offer with limited resources.

“Food banks don't always stock a lot of fresh foods. They have what gets donated, and a lot of the time, it's not necessarily healthy options,” says Eugenia. “It can also be culturally inappropriate. And so [new Americans] sometimes go there, but they don't really see the types of foods that they would normally cook and eat with their families.”

“Everything we used to grow in Nepal, they’re growing here.”

The IRC’s New Roots program was founded in San Diego twelve years ago to help refugees access land and make a living off of agriculture. Today, New Roots is made up of thriving community gardens and programs supporting food access, nutrition and agriculture in twelve cities spanning from New York to California. 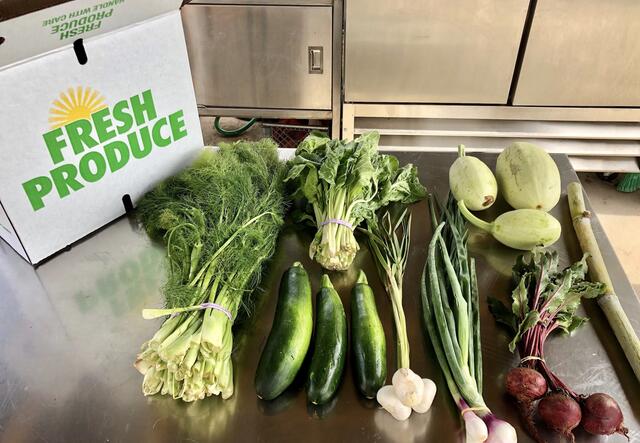 Through the IRC’s New Roots program in Phoenix, Arizona, refugees resettled in the area grow and harvest fresh organic produce that they then sell to the community through a CSA program.

One pillar of the program are the community gardens and farms that allow resettled refugees, new Americans and their neighbors to grow food either to feed their families or to supplement their income. New Roots supports food access and nutrition in a way that is adapted to the person’s needs and experience, as well as local opportunities. Many refugees arrive in the U.S. with extensive experience in agriculture while others do not, and the programs vary depending on their interest or time in the U.S.

“We meet people where they are,” says Eugenia. “For new arrivals, that can look like helping them find places to shop locally. For people who have been here longer, the gardens are these really vibrant community spaces where people can grow their own food for themselves or their neighbors, co-organize farmers markets, and run food-related community events.

“Then there are those farmers that might have a background in agriculture or they're just very passionate about it and spend more time producing. We support them in reaching the market and earning an income.”

The gardens allow refugees to grow produce they ate back home that might not be available—or affordable—in American grocery stores. Many of the gardens are also located in areas classified as "food deserts" because of the inaccessibility of affordable fresh fruits and vegetables.

Menuka* arrived in Salt Lake City as a refugee from Nepal in 2015. One day, a relative who lived nearby took her to visit the local New Roots garden. She was surprised and delighted by what she found. 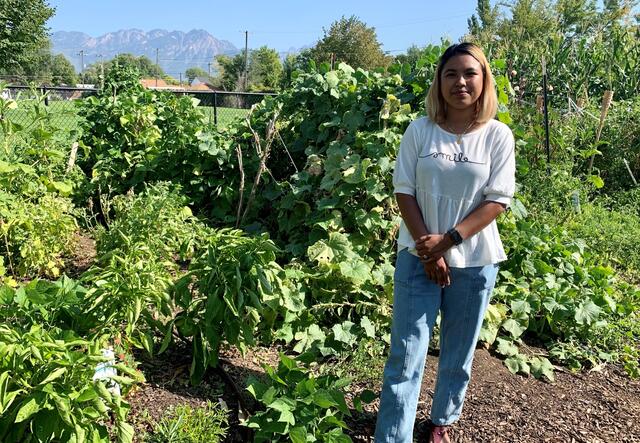 Menuka, a refugee from Nepal, works with the IRC in Salt Lake City to grow Nepalese cucumbers and spicy Thai chilies in the New Roots garden.
Photo: Amanda Crockett/IRC

"We saw that everything we used to grow in Nepal, they’re growing here,” she said. Today, she grows Nepalese cucumbers and spicy Thai chilies in a plot she tends right next to her mother-in-law’s own garden bed.

“What I enjoy most about gardening is that it makes you feel active,” Menuka says. “When you come to the garden, you can forget everything and just focus on the vegetables growing.”

New Roots is as focused on community as it is farming. Some additional New Roots programs include an initiative to expand the purchasing power of public benefits and programs for youth that use food to teach real-world topics.

This emphasis on community became even more critical as the COVID-19 pandemic hit. From April 2020 through 2021, through coordinated efforts in IRC offices, New Roots and resettlement teams reached over 6,000 families with groceries and locally grown food. 10% of that food came from New Roots refugee farmers.

One of those farmers was Tareke*, a refugee from Eritrea. A New Roots farmer working in Phoenix, Arizona, Tareke donated hundreds of bushels of swiss chard, fennel, garlic, green onions and cilantro to be used in care packages delivered by IRC staff. 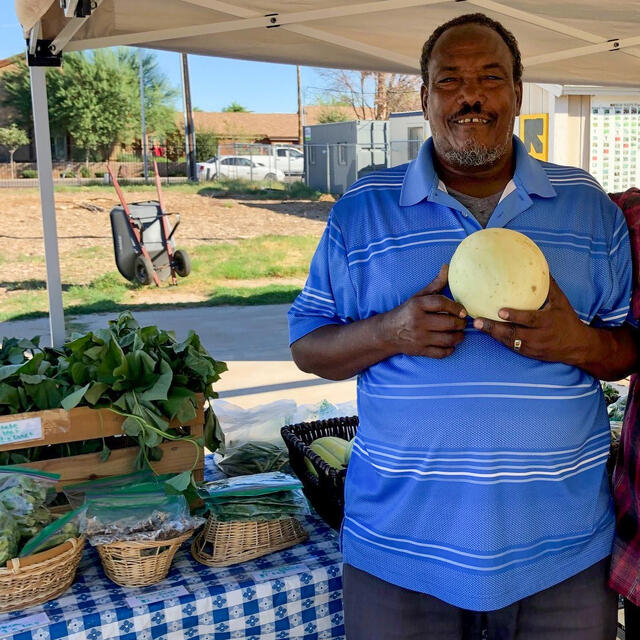 Tareke, a refugee grower with New Roots Phoenix, is one of many refugees who has donated hundreds of bunches of produce to families in need.

Even high school students have gotten involved. Many of the students at Oakland International High School and Rudsdale Newcomer High School are asylum seekers and immigrants who traveled to the U.S. on their own. When COVID-19 hit, participants enrolled in a New Roots educational program canvassed their community and helped to assess where the greatest needs were, so food assistance could be delivered effectively and quickly.

Even socially distanced, the students continued to build community with one another through “Cooking Together Apart” Zoom meetings where they cook traditional family meals.

“New Roots is not just about food,” says Eugenia. “It’s a platform to create communities and neighborhoods that are stronger and healthier.”

Learn more about food insecurity and the ways in which New Roots increases access to healthy food.

You can also visit our volunteer page to see if there is an opportunity to get involved in a New Roots near you.