An unrelenting drought has gripped millions of lives in Ethiopia

Ethiopia is suffering from its worst drought in 50 years, affecting more than 10 million people. Here’s how the International Rescue Committee is providing relief to people in need.

When the rains didn’t arrive in the southwest of Ethiopia, villagers like Meheuba Shifa were forced to walk 12 hours in a desperate search for water.

“It has been a miserable time,” says Meheuba, 23. “I even lost my donkey while looking for water. It was an especially heavy burden as my three children are not old enough to help me.”

Ethiopia has suffered recurrent drought for decades, but this year may be the worst in half a century, affecting more than 10 million people.

“Ethiopia will need emergency aid through all of 2016,” says Lina Gjerstad, the International Rescue Committee’s senior program coordinator in the country. “We’ve already missed two planting seasons in 2015; there is no way farmers will be able to produce enough food in time to recover.” 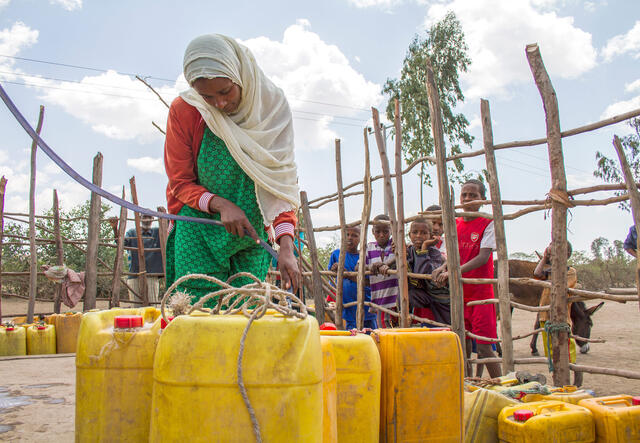 23-year-old Meheuba Shifa collects water at a tap the IRC recently repaired in Ethiopia, a country suffering from its worst drought in 50 years.
Photo: Tyler Jump/IRC

The Ethiopian government is leading the response to the drought, working with United Nations agencies and international aid organizations, including the IRC. But more funding is needed to reach the millions in need—an appeal for $1.4 billion has fallen short by half.

The IRC is responding by delivering clean water and helping to establish adequate sanitation and access to health care. Still, malnutrition is on the rise and everywhere children must forego school to join the often futile search for water.

For example, 13-year-old Abdil Badel Bade from Fedha’a should have been in class, enjoying his favorite subject, English. But finding water had become a daylong chore, and Abdil was forced to walk as much as six hours daily to collect water for his family.

“I used to leave at 7am to look for water,” he says. “After lunchtime, when I came back, I was very tired and couldn’t go to the school.”

Using satellite imagery, IRC geologists have been able to drill a new, deep well near Abdil's home that feeds two water points and a drinking trough for livestock. 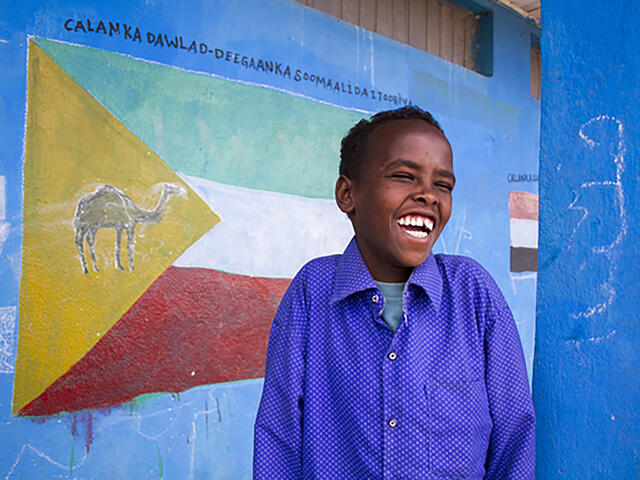 With water closer to his home, Abdi is now free to do what he loves most—study. “I want to finish my schooling and be educated,” he says. “I want to be a teacher.”

Traditionally, women fetch water and it’s never an easy task. Many carry heavy plastic containers on their backs over long distances, and it is not uncommon for pregnant women to go into labor while searching for water. Even when women give birth in health centers, the lack of clean water makes deliveries dangerously unsanitary.

The IRC has rehabilitated the pump system in Mehuba’s village as well. The equipment had been in disrepair for some time; the pump now brings up ground water in 12 minutes—an improvement over 12-hour walks.

Mehuba and her family no longer must settle for a few discolored liters dredged from shallow, polluted ponds…a small glimmer of hope amid the unrelenting drought.