Venezuela: An expectant mother's extreme journey to get health care

A recent, country-wide blackout has only intensified the difficulties faced by people trying to survive economic collapse and political instability in Venezuela.

Millions of Venezuelans have left, hoping to make a new start, while others have been making trips across the officially closed border with Colombia to attend school, buy food, or seek medical attention.

International Rescue Committee country director Marianne Menjivar is in Cúcuta, Colombia where she recently spoke with Venezuelan women who are receiving health care and other support from the IRC:

What we are hearing from women crossing over from Venezuela is of increased hardship and difficulties. Yesterday I met a woman called Lorena, 23, who is five months pregnant and was visiting our center in Cúcuta to receive free antenatal care—including lab work, ultrasounds and medicines unavailable to her in Venezuela because of the high cost and shortages.

Lorena lives with her mother and has been working in an orange orchard: She says she’s grateful to be paid in food when cash is not available. The baby’s father left and there’s no one else to support her. 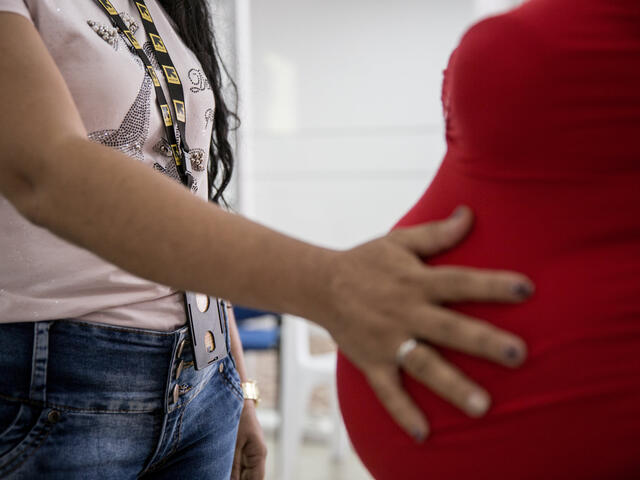 The crisis in Venezuela has left expectant mothers and their babies especially vulnerable.
Photo: Andres Brenner/IRC

To get from her home to our clinic, Lorena walked for an hour and a half in extreme heat. Because the border is closed, she was forced to wade across a river, putting both herself and her baby in danger. She didn’t have the money to pay the gangs who control the illegal crossing points, so she crossed alone, out of sight.

“It was scary,” she told me. “I thought I was going to fall and be carried away, and I don’t know how I did it.”

Lorena and the other women I met told me how life was still declining in Venezuela. “There is nothing in Venezuela now – no food, medicine, water, electricity,” Lorena said. 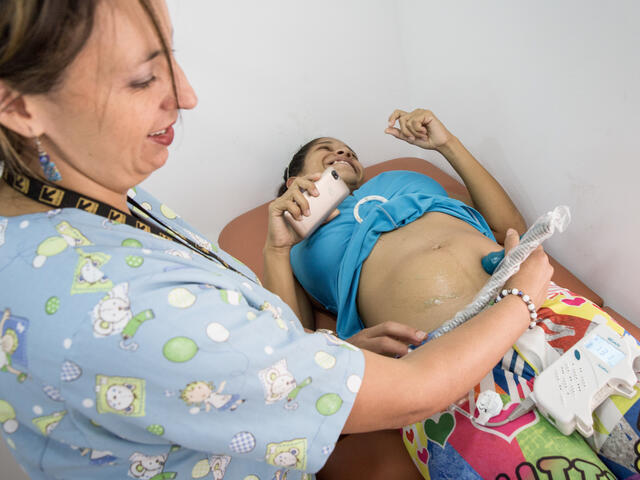 The IRC is providing maternal health care and other support for Venezuelans in need.
Photo: Andres Brenner/IRC

Although they now have some power after the six-day blackout, the women said they worry about finding clean drinking water—Venezuela’s water system is powered by electricity. It’s only a matter of time before we start to see repercussions on people’s health from this latest episode in the crisis.

Expectant mothers and their babies are especially vulnerable. Some 200 women like Lorena have missed appointments at the IRC’s clinics in recent weeks, most likely due to the border closure. Many women will not be able to afford the fees charged by the gangs at the crossing points and won’t want to take the risk that Lorena did crossing the border alone.

In Colombia, the IRC is focusing on providing access to health care, protecting children, protecting and empowering women, and supporting people’s economic wellbeing. Through our partners in Venezuela, we are helping to deliver vital health care to Venezuelans, including remote telemedicine services and access to basic medicines.