A village comes together to end cholera

With help from the International Rescue Committee, the small rural community of Monleu, Ivory Coast, was able to stop cholera.

A young Ivorian boy washes his hands in the village of Monleu after using a latrine. This rural community of 365 residents in western Ivory Coast was once ravaged by cholera. The water­borne disease causes severe diarrhea and rapid dehydration, and can result in death within hours. 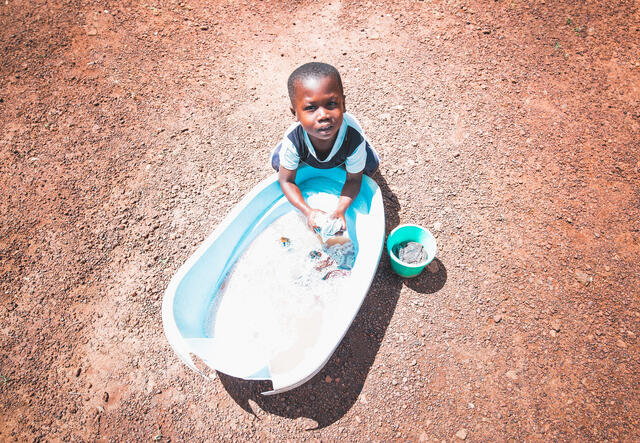 But preventing cholera is simple, International Rescue Committee health workers told the village's residents. Following their advice, people began using toilets, instead of defecating in the open, and washing their hands with clean water and soap. As a result, Monleu has not seen a single case of the deadly disease in more than a year.

With the IRC's help, the community is trying to keep it that way. They have created a committee that works to ensure that everyone uses the toilet—and that anyone who violates the rule pays a fine. They are also encouraging their neighboring villages to adopt similar hygiene practices and help prevent the spread of disease.