What happens when asylum seekers face deportation without a lawyer?

Most immigrants facing deportation in the U.S., including asylum seekers fleeing violence and persecution, do not have access to a lawyer. The stakes could not be higher: losing could lead to family separation and even put their lives in jeopardy.

The emails started on October 8—a frantic chain among lawyers detailing how Cameroonian and Congolese immigrants in Immigration and Customs Enforcement (“ICE”) custody had been transferred to Prairieland Detention Center in Texas for imminent deportation. One of those deported was my client, a Congolese national named Philip.

Philip was stuck in a nightmare. He had just spent eleven months detained by ICE. Afraid of catching COVID-19, his pleas to ICE were always the same: set me free or send me home.

Like the vast majority of noncitizens in removal proceedings, Philip didn’t have a lawyer when he began his journey through the immigration court system. His first language isn’t English, but—not fully understanding the implications—he waived his right to interpretation during his trial proceedings. Because of the civil conflict raging in his home country, he asked an immigration judge for asylum.

To make his case, Phillip needed to collect supporting evidence such as country conditions in the Democratic Republic of Congo, news articles about people in situations similar to his, and letters from family members still in his country of origin—all without a lawyer’s help and while locked in detention. Unable to meet this impossible task on his own, his case was denied.

Afraid of catching COVID-19, his pleas to ICE were always the same: set me free or send me home. 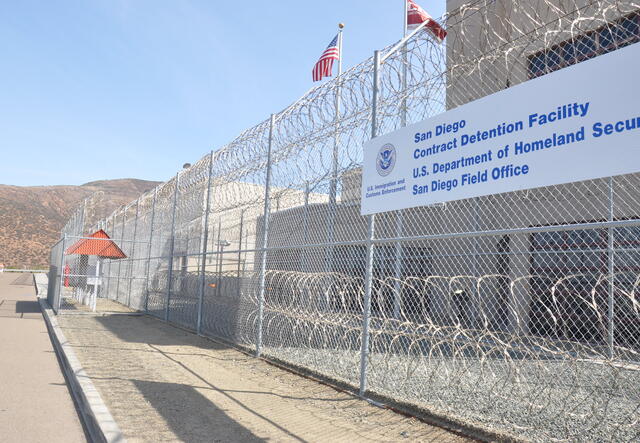 Philip initially came to the U.S. in 2010 on a student visa. But when Congo’s ongoing violent conflict intensified in 2011, he could no longer pay tuition and his visa expired. Philip turned himself in to ICE and spent eight months in ICE detention before his release from custody in 2012 with an active removal order. Because Congo was still reeling from a civil war, ICE couldn’t deport him. For seven years, Philip worked lawfully in the U.S., had no criminal convictions, and complied with ICE check-in requirements.

A familiar story—use of government force against Black bodies.

ICE took Philip back into custody in November 2019 and, for the next 11 months, attempted to deport him three times, placed him in solitary confinement without explanation, and transferred him to different Texas detention facilities, exacerbating his risk of COVID-19 infection. Black immigrants like Phillip are at particular risk of egregious conditions when targeted by immigration enforcement, according to a report by the Black Alliance for Just Immigration. Another study found that Black immigrants are six times more likely to experience solitary confinement.

An IRC report released this summer revealed that over 20 percent of the population detained in ICE facilities was testing positive for COVID-19. Immigrants held by ICE are forced to live in unsanitary and overcrowded conditions, while the agency dramatically under-reports COVID-19 cases by a factor of fifteen on average. Here is what Philip had to say about the situation:

ICE does not respect any COVID public health measures—they don’t pay attention to the rules. Here at Eden [Detention Center] I am in a room with over 100 people—like being in a crowded market. We are given soap and masks, but ICE agents do not wear masks, and do not respect quarantine—which is especially bad since we share so many spaces and materials. I have never seen them measure a single person’s temperature.

As if interstate transfers during a pandemic weren’t cruel enough, advocates received news of ICE officials using force against detainees like Philip. A familiar story—use of government force against Black bodies.

I met Philip in May 2020 through the IRC in Dallas’sSafety and Fairness for Everyone (SAFE) program, part of a network spearheaded by the Vera Institute to provide universal representation for people facing deportation. By the time I became his attorney, Phillip already had an active removal order against him—even though his  only error was being unable to pay for school. I advocated for months for his release from ICE detention, emphasizing his pristine record and COVID-19 vulnerability. Still, ICE refused to release him.

To exhaust every option, I filed a habeas corpus petition in federal court challenging Phillip’s continued detention. Before the ink even dried, Philip was removed in a mass deportation on October 14, along with almost 100 other Black migrants. Even though I was his attorney on record, ICE did not give me advance notice, nor an opportunity to speak with Philip before his removal. Shortly after, reports suggested that the Trump Administration was ramping up the abuse and deportation of Black asylum seekers during its last days in office. (More recently, with hopes of rebuilding and restoring a fair, humane and credible asylum system, the Biden Administration has encountered some initial challenges. You can find more information on recent deportations and other policies that impact Black asylum seekers here.)

I often wonder what would have happened if Philip had been appointed a lawyer back in 2012, whether he would have won his asylum claim and would never have had to endure this needlessly punitive system. His story leaves me frustrated that ICE operates so callously and has further convinced me that the U.S. government should provide all immigrants facing deportation with free legal representation.

Real change will only come when every immigrant is able to access the representation they need.

The SAFE Network comprises organizations across 11 states and 21 jurisdictions, including the IRC in Dallas. But real change will only come when every immigrant is able to access the representation they need, just as all defendants in criminal proceedings have the right to a public defender. On a national scale, the Biden Administration can act by investing in universal representation models that respect the dignity of every person facing deportation and safeguard justice for all.

To get involved, find an organization advocating for universal representation in your community or support the work of the IRC and the SAFE Network. To learn more about racism in immigration enforcement, explore the work of the Black Alliance for Just Immigration. You can follow them on Twitter here.

The right to counsel is a foundation of the U.S. criminal legal system—if a defendant in criminal court in the U.S. cannot afford a lawyer, the government will appoint them one. But that right does not currently extend to immigrants in removal proceedings. In addition to providing direct legal support, the IRC is calling for changes the Biden Administration and other lawmakers can make to ensure asylum seekers like Philip are treated fairly. We have joined advocates and legal service providers around the country to call for universal representation: a public defender model in which all noncitizens have the legal representation they need in immigration court.