COVID-19 is surging across war-torn Yemen, even as an ongoing cholera outbreak worsens, food and water shortages increase, and civilians continue to be hit by bombs dropped in the conflict between Saudi-led forces, the Houthis and others.

To make matters worse, humanitarian funding has dwindled to an alarming degree. Two-thirds of the country’s 30 million people rely on food assistance. The number of malnourished children in Yemen could increase by 20 percent.

The International Rescue Committee (IRC) is working around the clock to stop the spread of the novel coronavirus. We are providing essential protective gear, clean water and sanitation services, and lifesaving information about COVID-19’s symptoms and prevention practices.

Here are eight facts about the situation on the ground in Yemen:

COVID-19 is ripping through Yemen

The virus is spreading rapidly in Yemen, in large part due to a collapsed health system exacerbated by years of poverty and war. People forced from their homes live in cramped makeshift quarters, and the country has almost no testing capacity. Most of those who are being tested are already showing severe symptoms, resulting in a death rate that is five times higher than the global average. Health experts estimate that millions will become infected, with a worst-case scenario of 85,000 deaths. 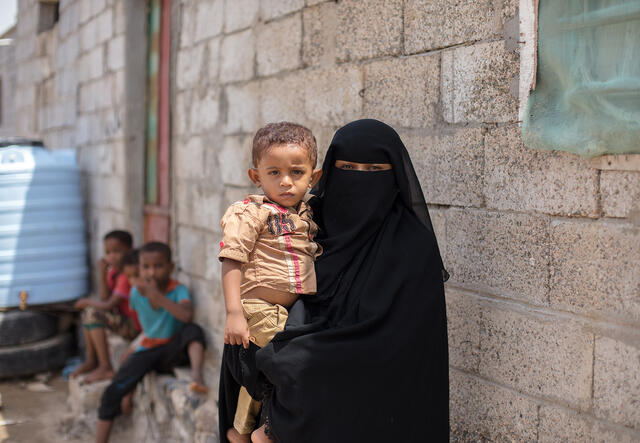 Even as COVID-19 spreads in Yemen, humanitarian aid is drying up.
Photo: Husam Ahmed/IRC

The world is turning its back on Yemen

Even as COVID-19 spreads, humanitarian aid is drying up. The United Nations was forced to slash 75 percent of its programs in Yemen. Donor nations are cutting back funding. A recent appeal for aid fell short by $1 billion. “Yemen could fall off the cliff without financial support,” warns U.N. humanitarian chief Mark Lowcock.

Yemen's economy is collapsing. In the city of Aden alone, the price of food has gone up by 35 percent.

UNICEF reports that by the end of 2020, the number of malnourished Yemeni children could increase by 20 percent, pushing 2.4 million children to the brink of starvation. Five million under age 5 will have no access to vaccines against deadly diseases. 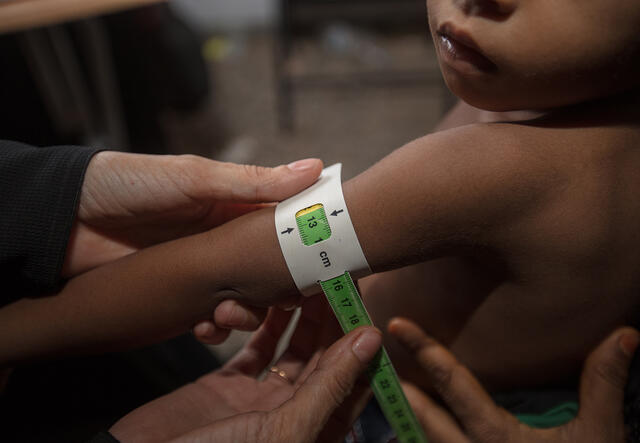 By the end of 2020, 2.4 million Yemeni children could be on the brink of starvation.
Photo: Husam Ahmed/IRC

The next few months are pivotal

This summer, 23,000 children are at risk of dying from acute malnutrition without immediate funding for health and nutritional aid. As July begins, more than 8 million people, including 3 million children, will lose access to water and sanitation services. By August, 2.5 million malnourished children will lose nutrition support.

Civilians are being bombed

In May 2020, more than half of bombings by the Saudi-led forces, who are battling the Houthis and other parties for control of the country, hit civilians or civilian infrastructure. As a result of five years of war, Yemen’s health system has collapsed: half of its health facilities are not operational; 18 percent of the country’s 333 districts have no doctors. 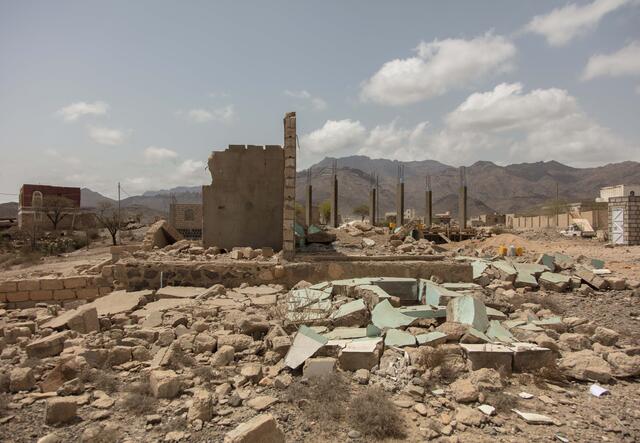 The world’s richest countries have contributed to this catastrophe

Global and regional powers, including the United States, the United Kingdom and France, are supplying weapons to warring parties, which continues to kill innocent people and devastate health facilities and schools. It is vital that these countries use their influence and resources to resolve the conflict, not fuel it—and that those responsible for violations of international law in Yemen are held to account.

The IRC is calling for an immediate nationwide ceasefire to allow a humanitarian response to the pandemic and other deadly diseases, and to prevent impending starvation. Meanwhile, individual donors, governments and humanitarian agencies around the world must unite to address this catastrophe. Funding for lifesaving programs like the IRC’s must be increased and delivered without delay.