The IRC's impact at a glance

Founded at the call of Albert Einstein in 1933, the IRC is now at work in over 40 crisis-affected countries as well as communities throughout Europe and the Americas. We deliver lasting impact by providing health care, helping children learn, and empowering individuals and communities to become self-reliant, always seeking to address the inequalities facing women and girls.

Here are highlights of our impact over a year.

people in countries affected by crisis were reached by the IRC and partners in 2021.

Our teams work around the clock to ensure families can survive, recover and regain control of their futures.

See 5 ways we make a difference.

In 2021 the IRC and our partners reached over 31.5 million people in countries affected by crisis. As part of this work, we:

... among other assistance provided around the world last year. 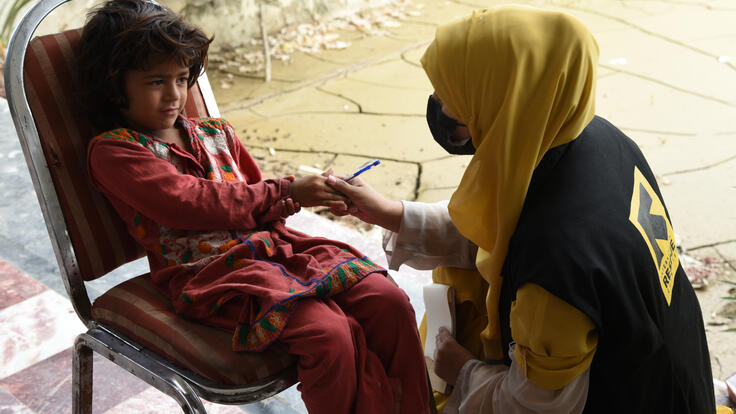 After severe flooding submerged one-third of Pakistan, the IRC quickly responded with emergency support. Above, Fozia is greeted by an IRC staff member at a medical relief center in the flood-affected Nowshera region. Photo: Saima Javaid for the IRC 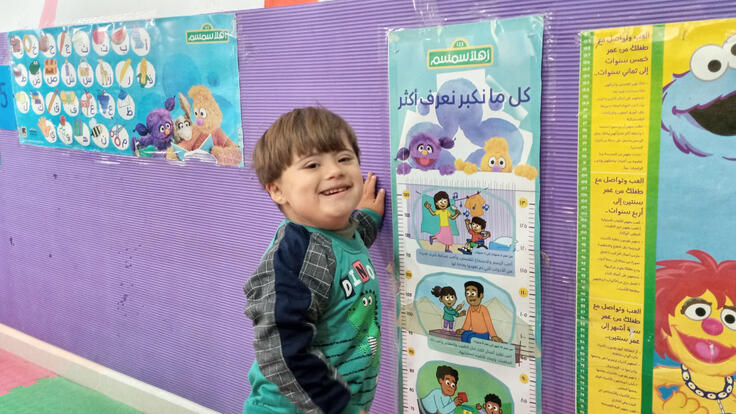 The IRC and Sesame Workshop have partnered to create the Ahlen Simsim program, which has reached millions of refugee children in Syria, Jordan, Lebanon and Iraq with in-person programs and a TV show designed to help them grow and thrive. Saeed, who was born with Down’s Syndrome and forced to flee conflict in Syria, learned important lessons, like how to manage his emotions, when his mother enrolled him in an Ahlen Simsim program. Photo: Mohammed Abara for the IRC 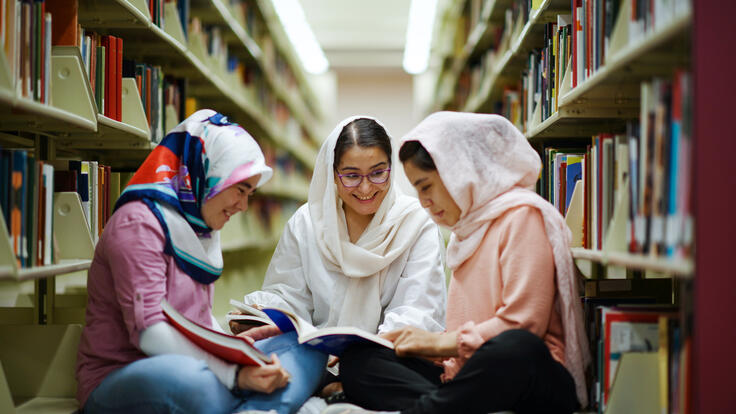 Arifa, 18, Zahra, 22, and Hadisa, 18, evacuated Afghanistan when the Emirates of Afghanistan, commonly known as the Taliban, took control of the country. With the IRC’s support, they resettled in the U.S. and were enrolled in courses at Arizona State University. “Here, there’s lots of opportunity for women,” Zahra said. “As a woman, you can achieve all your dreams here.” Photo: Nisha Datt for the IRC 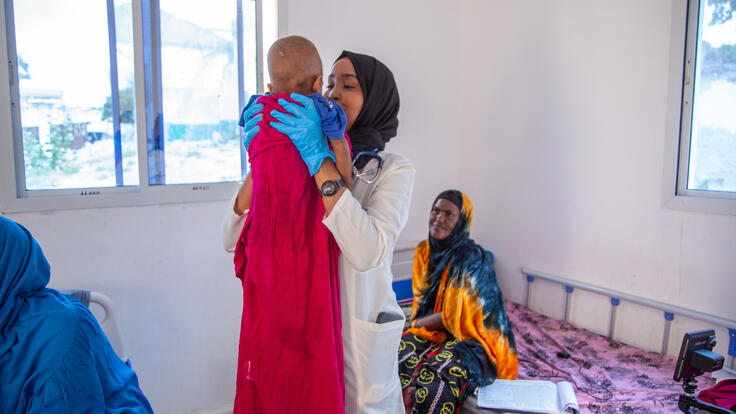 Dr. Fahmo comforts a two-year-old patient being treated for severe malnutrition at the Di Martino hospital in Mogadishu, Somalia. “I wish for Somalia to recover completely. I hope no one will struggle to find food or water,” says Dr. Fahmo. Severe drought, conflict and a lack of humanitarian support have contributed to a hunger crisis in the country. Photo: Ismail Abdihakim for the IRC 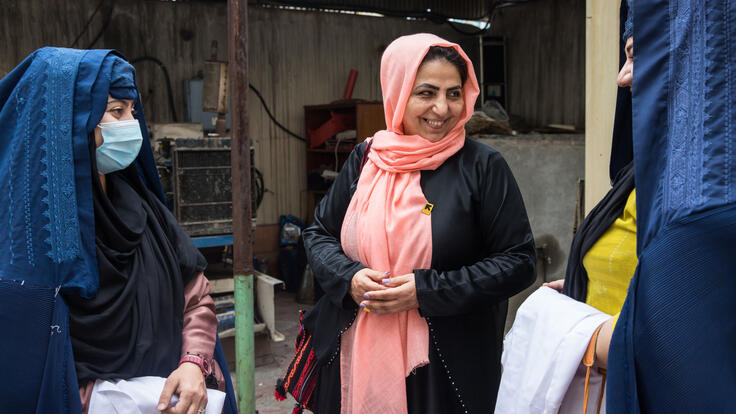 Dr. Najia (center) runs the IRC’s mobile medical units in Afghanistan which provide health care in remote areas of the country. “I am very proud of my team,” says Dr. Najia. “We have increased access to health care for women and girls.” Photo: Oriane Zerah for the IRC, funded by the European Union. 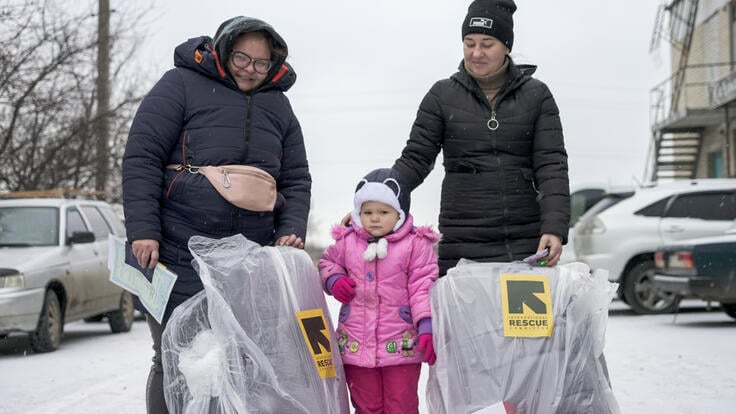 Eva stands between her mom and aunt in Kharkiv, Ukraine after the family received winter supplies and registered to receive cash assistance from the IRC. The war in Ukraine has left millions without power or access to food, and destroyed critical infrastructure like hospitals and schools. Photo: Tamara Kiptenko for the IRC

How we focus our efforts

The IRC compiles an annual list of the 20 humanitarian crises expected to deteriorate the most over the next year. For the past decade, this report has helped us determine where to focus our emergency services and lifesaving support to make the greatest impact.

Read the 2023 Emergency Watchlist report or our Watchlist at a Glance summary.