Bangui, October 14, 2016 —  The deadliest wave of violence in a year has forced the International Rescue Committee (IRC) to temporarily suspend its humanitarian program just one day after it had resumed activities in the north. The violence erupted in the northern town of Kaga-Bandoro in the early morning of October 12, 2016, as armed groups looted and burned homes, looted NGO offices, and attacked civilians indiscriminately with axes and heavy weapons, burning and killing 29 civilians (including three children and one humanitarian worker) and wounding 49. The IRC has relocated staff until security can be assured not only for them but also for civilians in Kaga-Bandoro.

Over the past few months IRC premises and staff have been attacked and violently robbed multiple times. This recent episode, marking a further escalation in violence in an already tense and insecure environment, has also resulted in the displacement of thousands of families who were already living in dire situations. More than 5,000 people are now gathered outside the MINUSCA compound seeking safety, but desperately needed humanitarian assistance has been slow to materialize due to the violence. A number of IRC staff have lost their homes and count among the newly displaced. The IRC is looking into ways of helping those affected, but cannot fully implement in these conditions.

The blatant targeting of humanitarians over the past few months in Kaga-Bandoro has now reached a boiling point and the risks our staff face each day in delivering aid are now beyond any acceptable level. This flagrant disregard for humanitarian principles has led to appallingly low levels of access to those who need it the most.

The IRC urges MINUSCA to continue to appropriately reinforce its presence in Kaga-Bandoro, restore order, and provide vital protection to civilians. The only way humanitarian workers will be able to deliver much-needed aid and services to the affected population is through improved and sustained security in Kaga-Bandoro. 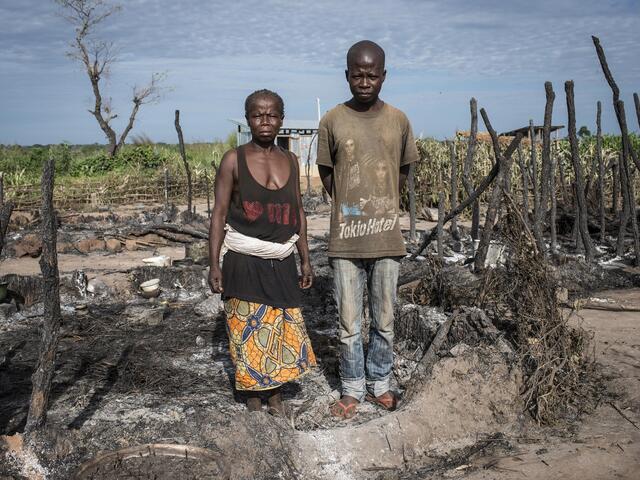 A mother and son stand amid the ashes of their hut and personal possessions after armed groups attacked a camp for internally displaced persons in Kaga Bandoro, Central African Republic. The camp, home to nearly 7,000 IDPs, was attacked by armed fighters who burned down hundreds of huts and spread panic throughout the camp as thousands fled to avoid being burned alive or cut down with machetes.
Photo: David Belluz/ International Rescue Committee 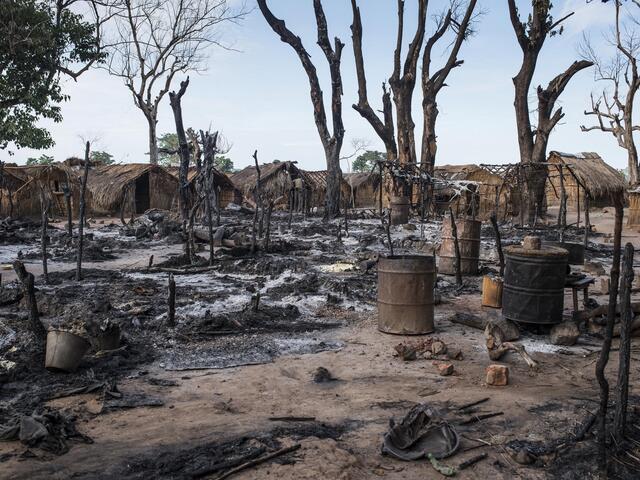 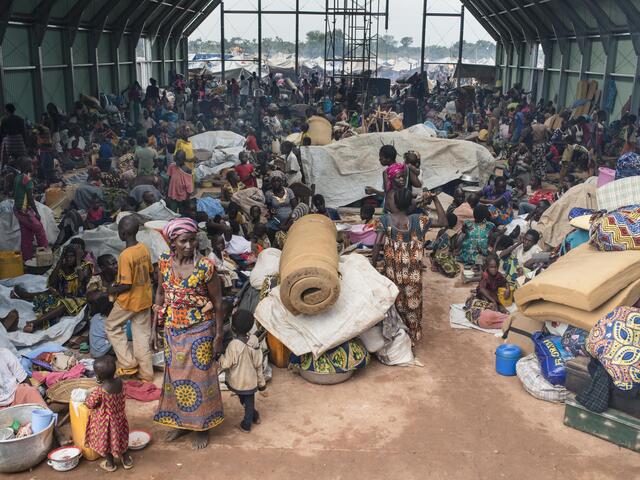 Hundreds of newly displaced are crowded in a hangar at the UN Peacekeeping base in Kaga Bandoro, Central African Republic, after attacks by armed groups plunged the city of 30,000 inhabitants into deadly bloodshed.
Photo: David Belluz/ International Rescue Committee 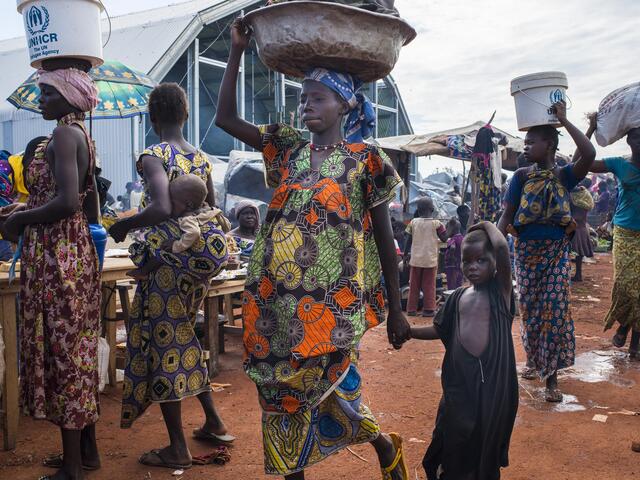