Scores of children dying from preventable and curable waterborne disease

Nairobi , June 6, 2017 —  Widespread drought, food insecurity, and conflict across East Africa and Yemen have now directly resulted in a massive and deadly cholera and acute watery diarrhea (AWD) outbreak, putting millions of children at even more immediate risk, the International Rescue Committee (IRC) said today. Immediate action is required to address it before more lives are lost unnecessarily from this highly contagious disease. The number of cases has rapidly increased in May 2017 alone – more than doubling in Yemen and almost doubling in South Sudan. There are now more than 130,000 cases of acute watery diarrhea and cholera, resulting in over 2,100 deaths across South Sudan, Somalia, Kenya, Ethiopia, and Yemen.

Cholera is caused by ingesting contaminated water or food – something that can be hard to avoid in times of drought or over-crowding. Across East Africa and Yemen, millions of people have been displaced from their homes by hunger or violence, with many living in camps and makeshift settlements that do not meet basic sanitation needs. The disease can spread quickly where groups of people gather without access to basic services such as safe water, latrines, washing facilities and rubbish disposal.

“Famines are complicated – and malnourished children are five times more likely to die from disease,” said Michelle Gayer, emergency health director at the International Rescue Committee. “Refugees are being driven from their homes and are arriving to temporary settlements en masse, creating perfect conditions for the disease to spread. Cholera will come to kick you while you are down, and can spread to disastrous levels if not addressed immediately. With inadequate humanitarian funding, aid agencies are not able to build up and deliver services quickly enough to address food insecurity and the cholera outbreak. This is a recipe for disaster.”

The main symptom of cholera is a sudden onset of acute watery diarrhea (AWD) – this can lead to death within hours unless lost fluids are replaced quickly. Cholera has the greatest impact on the most vulnerable such as children already suffering from malnutrition. There are currently around one million malnourished children across the region, described by the UN as the “largest humanitarian crisis since 1945.” 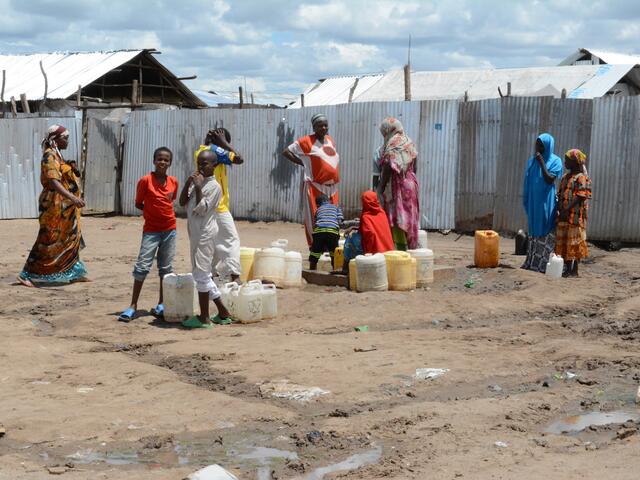 Cholera can be easily treated with urgent medical intervention, and prevented with water, sanitation and hygiene (WASH) services and vaccinations. But in places like South Sudan, Somalia and Yemen, ongoing conflict has interrupted the health care provision at a time when services are needed more than ever.

The IRC is scaling up an integrated cholera and AWD response across the region, poised to work on prevention through distributing an oral cholera vaccine in South Sudan; improving water and sanitation in Yemen, Somalia, and Ethiopia; sending medical supplies and training health staff at cholera treatment centers (CTC) in Yemen, South Sudan and northern Kenya; and educating communities on prevention of the disease. 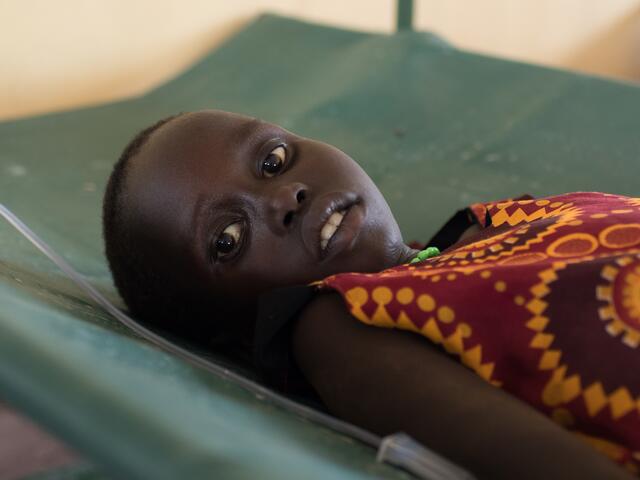 Sarah*, a young girl, is treated for cholera at the IRC's Cholera Treatment Center (CTC) in Kakuma Refugee Camp in northern Kenya. She fled with her family from South Sudan and arrived at the Kakuma Reception Center. Her uncle, who has been living in Kakuma since 2000, brought her to the CTC after she fell ill. Her family remains at the reception center waiting to be resettled in nearby Kalobeyei Settlement. Kakuma and Kalobeyei are experiencing an influx of refugees from South Sudan. The influx has led to a cholera outbreak which the IRC is working to treat and control.​
Photo: Kellie Ryan/IRC 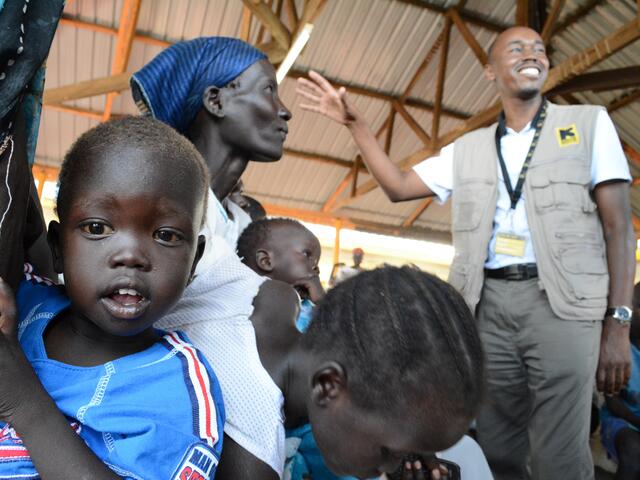 “As if fleeing from war and hunger wasn’t enough - kids are dying through no fault of their own,” said Gayer. “As the rainy season is upon us, we cannot sit here idle and watch this crisis take yet another horrific turn. It is our collective responsibility to do everything to stop this outbreak in its tracks.”

Note to editors: View IRC photos of the cholera outbreak in Kakuma.

Learn more more about the IRC’s work responding to the drought and famine crisis across Africa and Yemen.