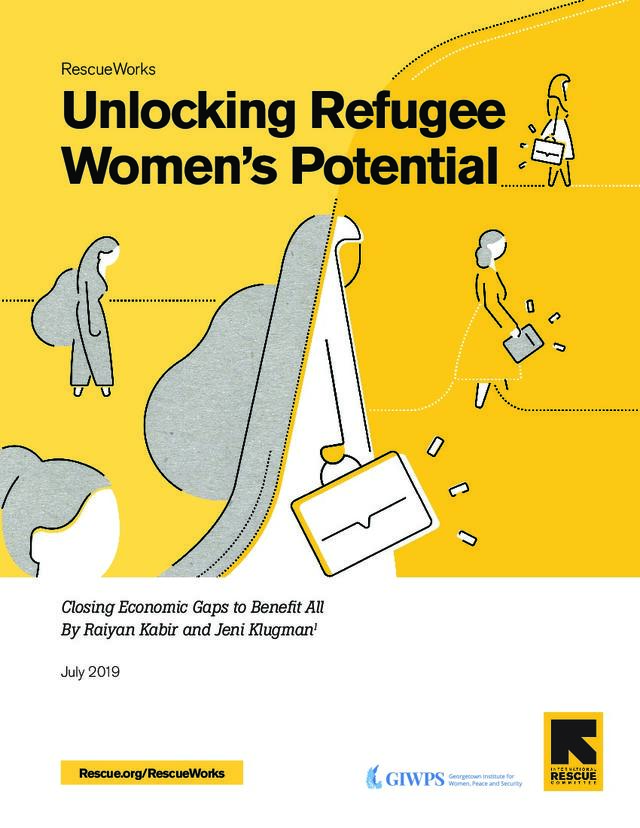 In accessing paid, decent work, refugee women face restrictive labor market laws, increased threat of violence, discrimination, as well as regulatory and administrative barriers. According to a new analysis conducted by the Georgetown Institute for Women, Peace and Security (GIWPS), in collaboration with the International Rescue Committee (IRC), refugee women could generate up to $1.4 trillion to annual global GDP if employment and wage gaps were closed.

The key takeaways from the report are below. You can also watch a video that summarizes the report's findings.

The report focuses on Turkey, Uganda, Lebanon, Jordan, Germany, and the US, and extrapolates findings to the top 30-refugee hosting countries, which collectively host approximately 18 million refugees.

×
Now more than ever, refugees need your sustained support.Become a monthly donor.