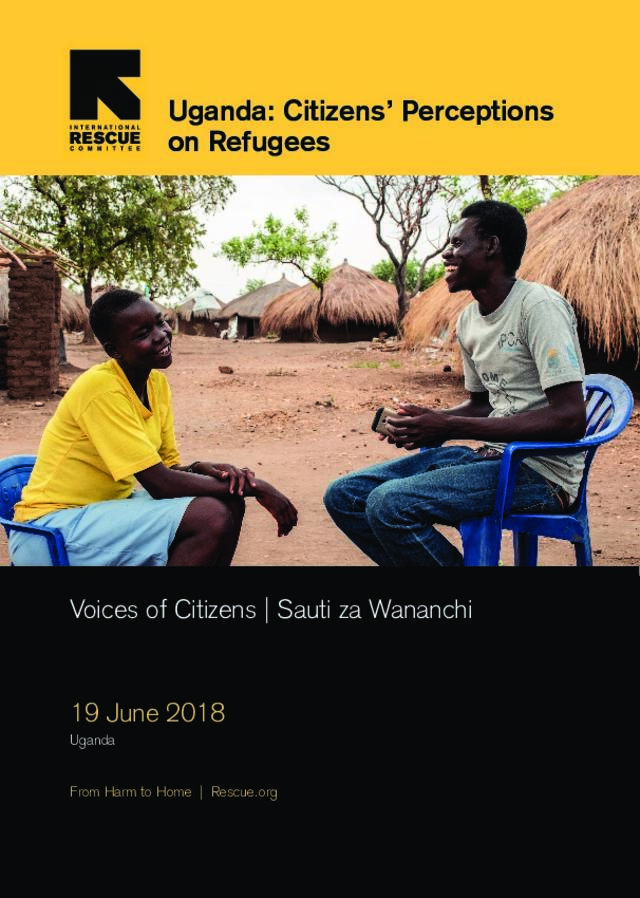 The much-anticipated Global Compact for Refugees (GCR), expected in late 2018, together with the Comprehensive Refugee Response Framework (CRRF), promise to revitalize refugee response through a multi-stakeholder “whole of society” approach. At a time when the international community is grappling with fundamental questions such as the equitable sharing of responsibility for refugees, the views and opinions of citizens in East Africa are invaluable in charting new directions.

East Africa has a long history of hosting refugee populations. Kenya, Tanzania and Uganda have experienced large influxes of displaced people from numerous conflicts around the region over the past decades. These three countries currently host more than 2.2 million refugees, with Uganda hosting 1.4 million, followed by Kenya (just under 500,000) and Tanzania (over 350,000).

Uganda is unique in that it has departed from the dominant refugee response model in East Africa; instead of housing refugees in large camps, Uganda has championed an integrated settlements approach in which refugees and host communities coexist and share common services—as exemplified by the Settlements Transformative Agenda (STA) and Refugee and Host Population Empowerment (ReHoPE) approaches that have brought citizens and refugees closer together at the local level.

The majority of Ugandan citizens still have little or no interaction with refugees, yet Ugandans play a critical role, both directly and indirectly, in determining the conditions of refugee asylum. The extent to which citizens influence asylum policies in Uganda is not well documented, and little is known about the impact of citizens’ perceptions on current policy positions.

This report attempts to illuminate key issues concerning the reception and response of the citizens of Uganda to refugees, as well as their attitudes toward the establishment of durable solutions. UNHCR defines three durable solutions for refugees:

The objective is to highlight any connection (or disconnection) that may exist between public perceptions of refugees and public policy established by national and local governments.

The report calls for more deliberate and strategic engagement of the public in the policy decision-making process in Uganda. It identifies opportunities for strategic engagement of citizens and concludes that more needs to be done to improve the quality of information available to the public, as well as opportunities for citizens to engage directly in policy formulation.