Seeking asylum at the United States border is legal—even during a pandemic. People travel to the southern U.S. border to seek refuge, including from political turmoil and rampant violence in Central America. While Trump Administration policies have left behind a broken asylum system, President Joe Biden can take bold action to create a safe, orderly and fair system. Here’s what you need to know.

Who are the people seeking safety at the U.S. border?

Many people are traveling to the U.S. southern border to escape violence in the Central American countries of Honduras, Guatemala and El Salvador. They are in urgent need of aid and protection.

Gang violence is rampant in the region. Women and girls are specific targets, with violence leveraged as a method to control families with threats, punishments and extortion. It is considered one of the most dangerous regions in the world for women and members of the LGBTQI+ community, with one woman murdered every 6 hours in 2019.

“Fleeing is a dire choice for any family," says Meghan Lopez, regional vice president of the IRC in Latin America. "They are forced to choose between facing certain death or a desperate journey north—protected by other families in the caravan. Yet we know that individuals will not stop fleeing until the root causes of violence are addressed, and military troops or scare-tactics will not dissuade them, because currently there is no place scarier than their homes.”

Why are they heading to the U.S.?

The U.S. once had a tradition of welcome that offered safety and a new start to people escaping violence and persecution. Although the Trump Administration implemented policies that chipped away at this tradition, U.S. law clearly grants these asylum seekers the right to apply for asylum.

"There’s no way to ask for a visa or any type of authorization in advance for the purpose of seeking asylum,” says the International Rescue Committee’s director of immigration, Olga Byrne. “You just have to show up."

Based on the IRC's experience in the region, the fears of persecution among those fleeing Central America are very real: Current levels of violence in the Northern Triangle are akin to those in the world’s deadliest war zones. Violence in the region goes back generations and permeates every aspect of people’s lives. In El Salvador, for example, the current gang crisis was preceded by earthquakes and a civil war, and prior to that there were repressive military dictatorships and ethnic genocide.

The danger does not end when people flee their homes; the path north is fraught with gang violence similar to what they’ve fled, which is why some asylum seekers travel in groups referred to as “caravans.” Women, girls and the LGBTQI+ community are specific targets of violence, with women and children also at risk of human trafficking.

How did the Trump Administration change the asylum system?

Rather than offering safe haven, the Trump Administration issued policies—often in violation of both U.S. and international law—that blocked people from claiming asylum and created standards that depart from decades of precedent. These new policies made obtaining asylum more difficult in certain cases. They separated families and, through a policy called the Migrant Protection Protocols (or “Remain in Mexico”), forcibly returned asylum seekers—including women and children—to Mexico to wait for their claims to be processed.

Most recently, the Trump Administration used the COVID-19 pandemic as an excuse to further block asylum seekers at the border. These policies do little to protect the public and in some cases threaten to worsen the U.S.’s public health crisis.

What can the Biden Administration do to help asylum seekers?

Through humane and competent action, the Biden Administration can end cruel policies like “Remain in Mexico,” respond to the current humanitarian crisis and address an increase in arrivals at the border—even during a pandemic.

President Biden has already issued a number of Executive Orders impacting asylum seekers at the U.S. border, including one that creates a task force to reunite separated families and others that begin to outline a vision for a humane asylum system and reversal of Trump Administration policies. The IRC has released a step-by-step roadmap to safely protect the rights of asylum seekers and recommends three critical actions in the administrations’ first 100 days:

1. Increase humanitarian assistance to the border, including for COVID-19 prevention.

2. Reverse the damages of the Trump Administration and use executive actions to restore critical protections to asylum seekers. This should include ending family separation and protecting the rights of children, as well as ending Remain in Mexico.

3. Work to help end the violence and instability in Central America that is causing people to flee. Create more pathways to safety by rebuilding refugee resettlement.

“This is a matter of political will and policy,” says Byrne, pointing out that the right policies could convince other countries to help confront humanitarian crises. “If the Biden Administration gets it right, the U.S. can credibly urge the international community to step up and share responsibility worldwide. If not, the consequences will be measured in lives lost and in regional and political instability.”

Get the latest on the Biden Administration's plans for refugees, asylum seekers and COVID-19.

The IRC provides critical support to asylum seekers on both sides of the U.S. southern border. That includes providing warm meals, clothing, transitional shelter and travel coordination to more than 8,000 asylum seekers released from U.S. government detention since June 2018. We are also working alongside partners to respond to asylum seekers’ urgent needs.

In Mexico, the IRC is working with local partners to aid migrants and asylum seekers stuck in border towns. We support programs that work with women and girls who have experienced violence. We also worked with local partners to launch a COVID-19 public health awareness campaign and, in the spring of 2020 to set up a “triage hotel” where asylum seekers can be tested for COVID-19 and can quarantine before moving into shelters.

Most recently, we launched InfoDigna, part of our Signpost project. Launched with partners like Mercy Corps, Google, Microsoft, Twilio, Cisco, Tripadvisor and Box, the digital platform includes an interactive map that connects asylum seekers and migrants in Mexico to shelters, health care providers and other services.

Donate: Support our work helping families caught in crisis around the world.

Speak out: Join our movement and tell lawmakers that we must reunite families and repair the damage of the last four years. 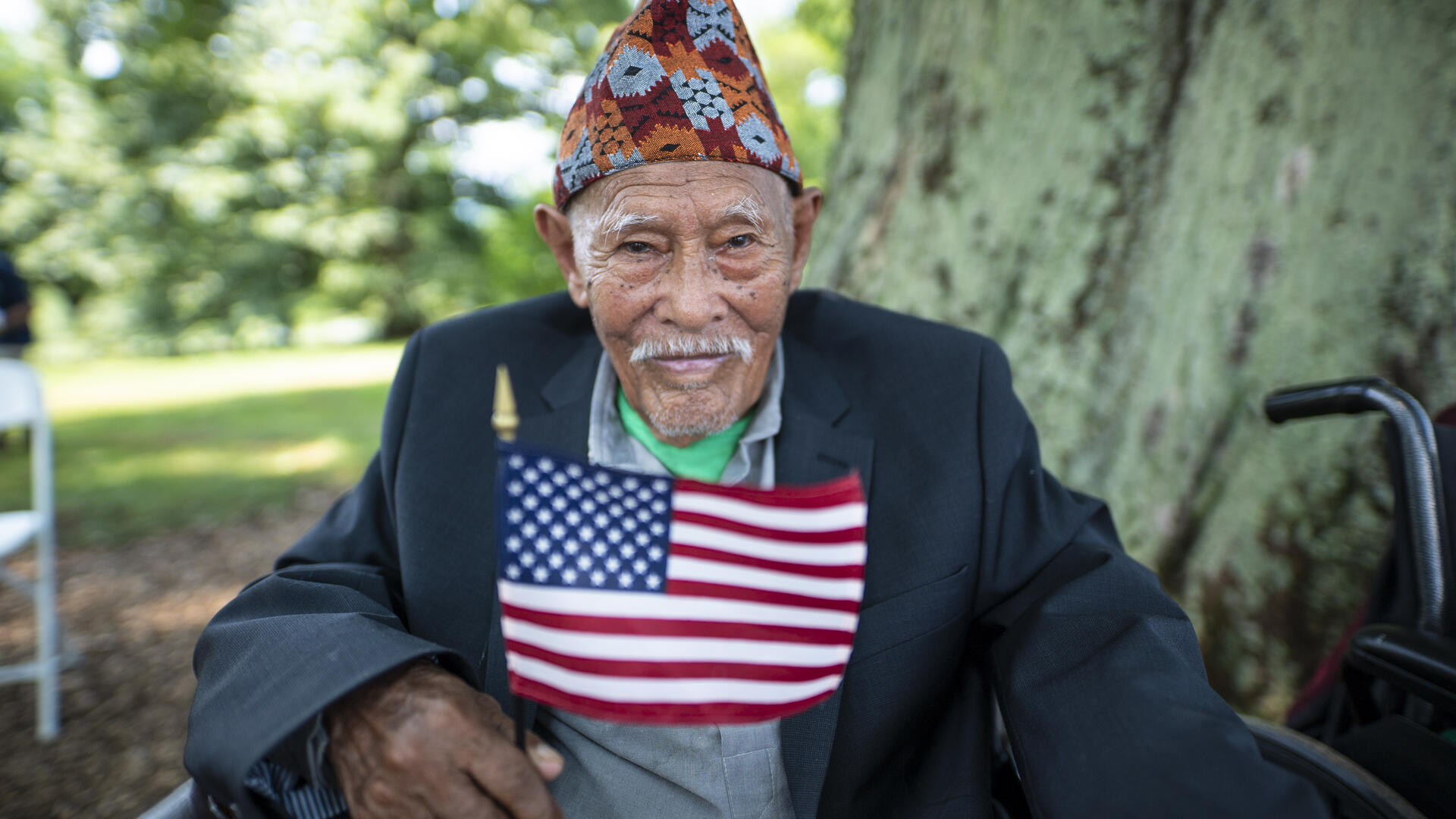 The first 100 days: How President Biden can support refugees and asylum seekers 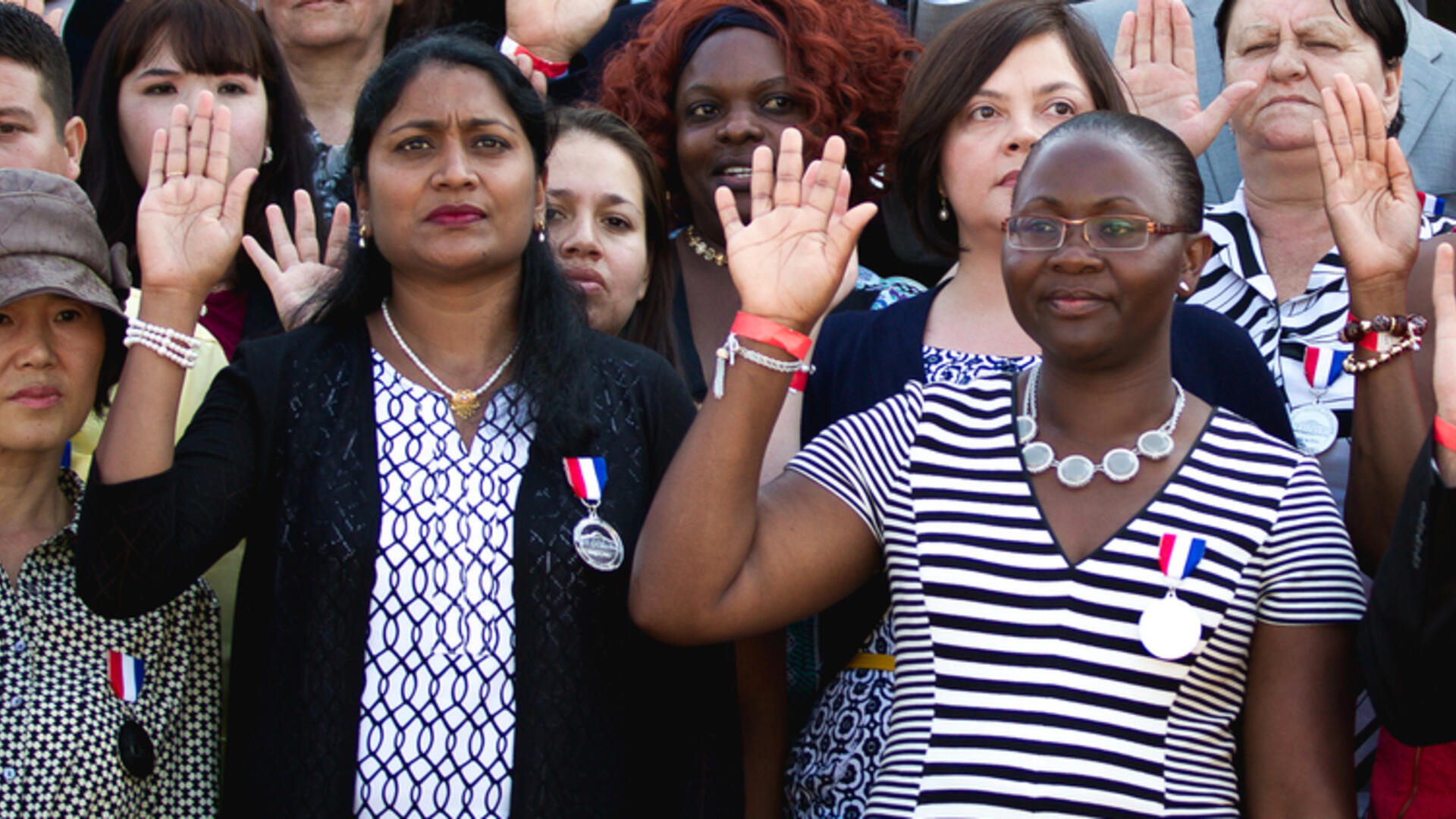 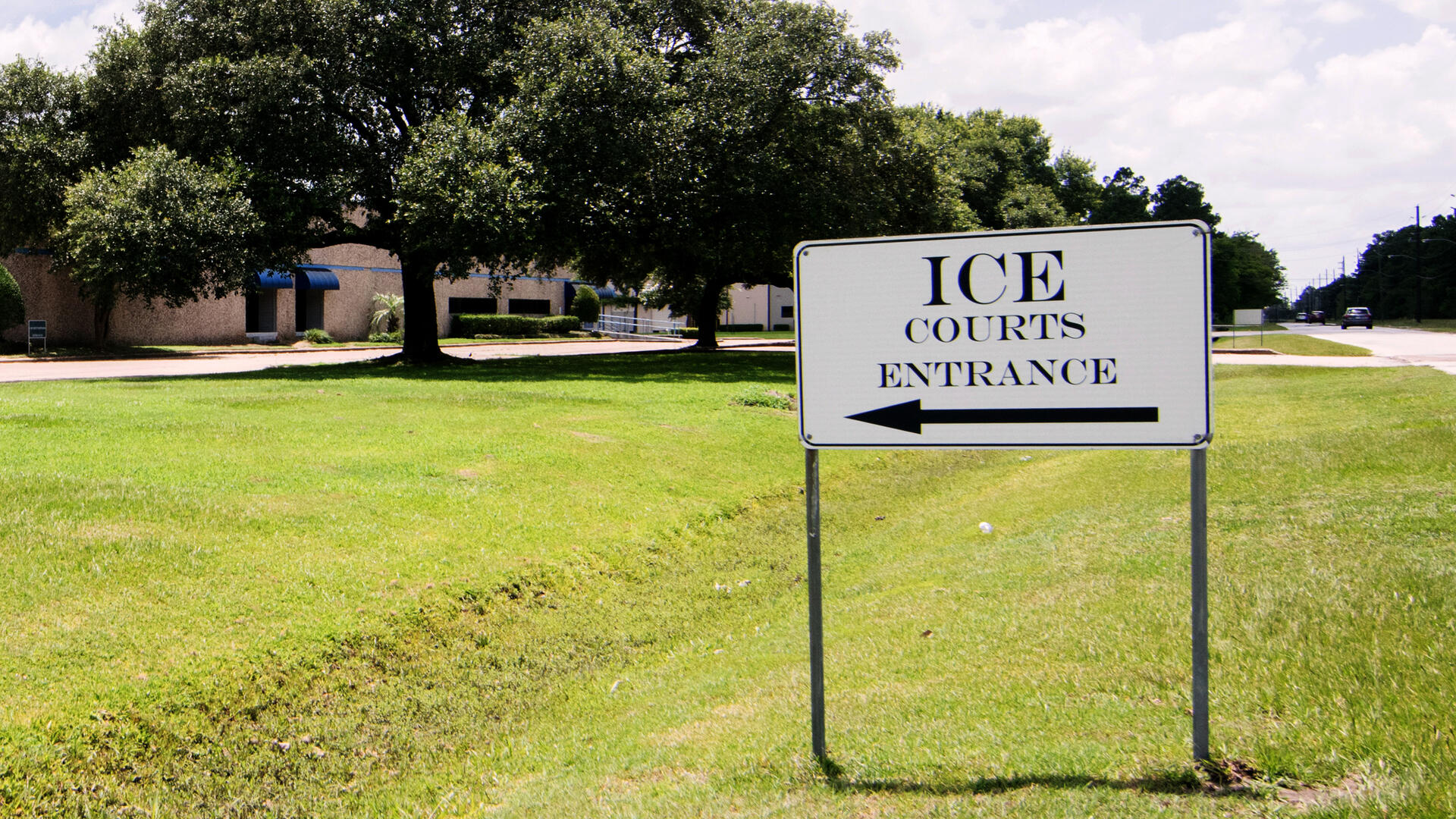 What happens when asylum seekers face deportation without a lawyer? 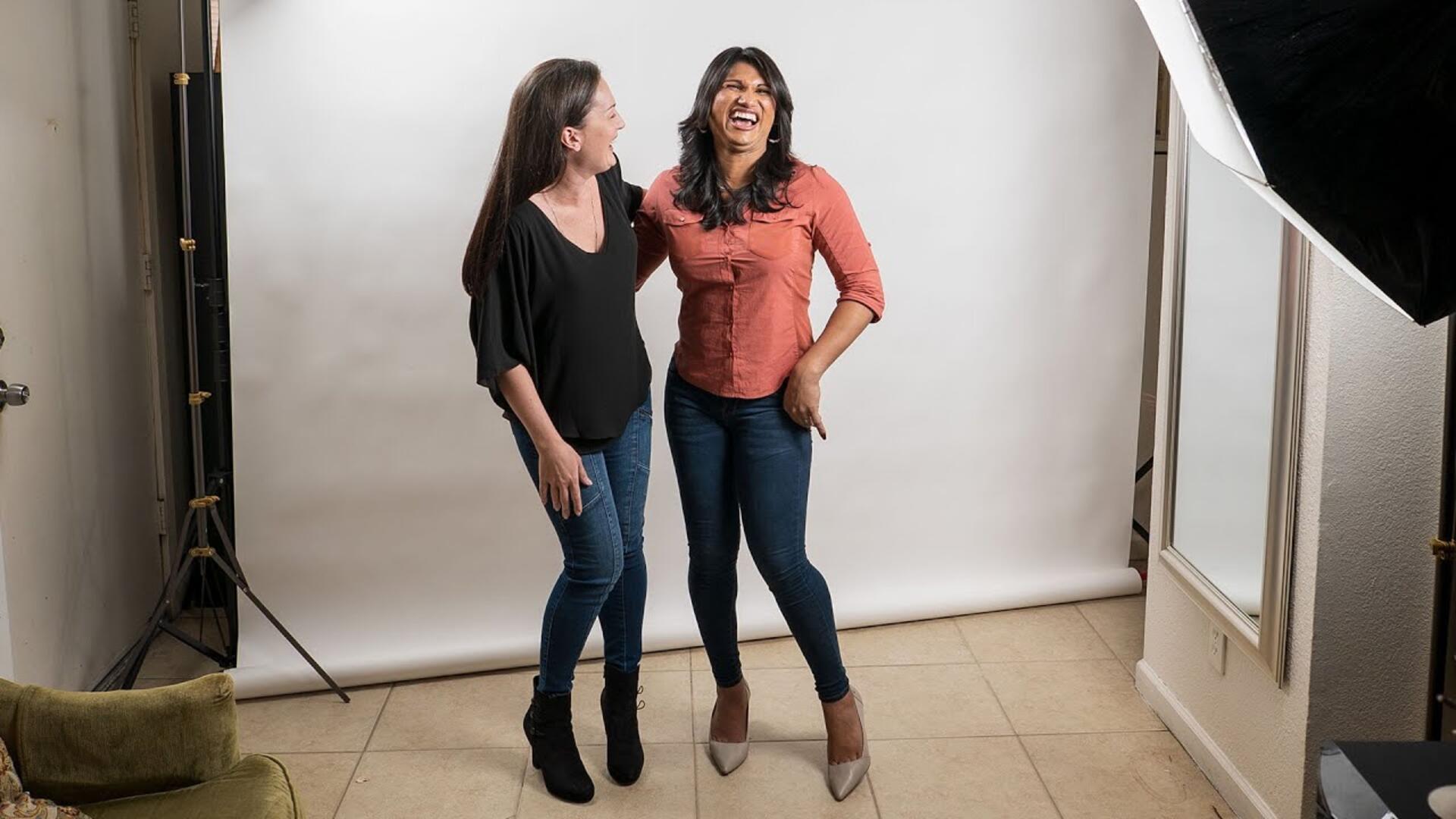 Stories of Welcome: From first client to closest friend