A displaced Yazidi family struggles to survive after ISIS persecution

The tent in Newroz, a refugee camp in northern Syria, looks homey, its span of canvas divided into small “rooms” for living and sleeping. A soft-spoken Yazidi couple, Suleiman Khalf Kajo and his wife, Khabshe, have lived here with their family since fleeing ISIS in August 2014.

Family and visitors remove their shoes as they enter the tent, sitting down on cushions arranged around a gas stove. Khabshe, headscarf draped loosely about her face, offers coffee in blue plastic cups while the couple’s younger daughter tends to her three-year-old son, a baby when they were forced from Sinjar in northwest Iraq.

“Before the conflict, the city was safe and people were living good lives,” says Suleiman, who earned money drilling wells and generating electricity. Then ISIS arrived and immediately targeted Yazidis, a religious minority of ethnic Kurds. Suleiman and his family escaped with their neighbors to the remote flanks of Mt. Sinjar. His son and elder daughter remained behind to fight back. 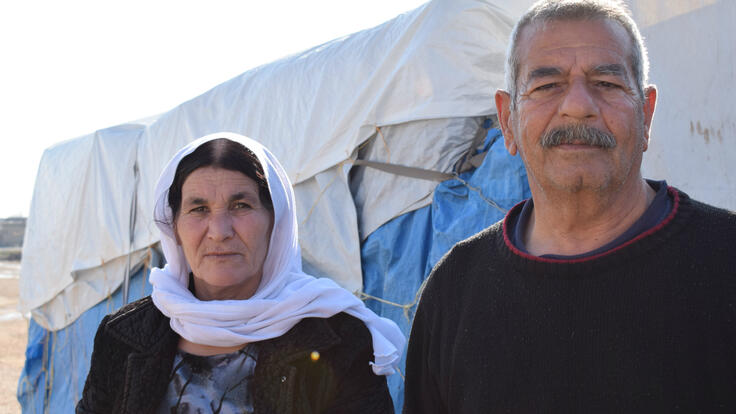 Suleiman Khalf Kajo and his wife, Khabshe. When ISIS targeted the Yazidi minority in Sinjar, Iraq, the family escaped to the mountains, eventually finding shelter in a refugee camp in Syria.
Photo: IRC

“We left with the knowledge that we had lost everything—our homes, our way of life—but the only thing we cared about was getting our children to safety,” Suleiman says, pausing a moment to collect himself before continuing his story. He told of their harrowing week, the adults foregoing food and water in favor of the children.

We left with the knowledge that we had lost everything—our homes, our way of life—but the only thing we cared about was getting our children to safety.

“We would hike for 15 to 30 kilometers just to find a cup of water to bring back to them,” he says, his voice choked with emotion. “We would search for sheep to take milk from them, even though we knew that the sheep belonged to someone and that it was wrong to take the milk.”

By the time coalition forces liberated the Yazidis hiding on the mountain, many were exhausted and starving. “People who were coming down were collapsing from hunger and thirst,” Suleiman recalls. “Thankfully our whole family escaped alive.” 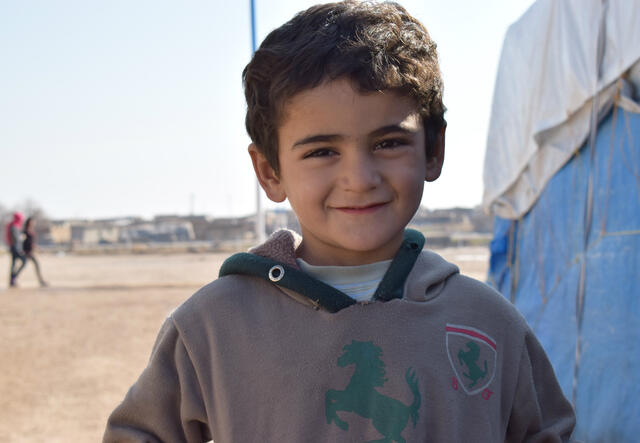 Suleiman finds life as a refugee challenging but calls Newroz “a light of hope.” He and his family are among 4,000 displaced Iraqis receiving food and other emergency relief from the International Rescue Committee and other aid groups. When Suleiman suffered a heart attack as a result of a blood clot, the IRC’s mobile clinic treated him and continues to provide free medication and checkups. The IRC also offered Suleiman a job as a security guard to help his family make ends meet.

Sinjar is no longer under ISIS control, but the battle to retake the city was devastating. Houses, shops, and schools are largely destroyed. And Suleiman is not yet ready to return home to the rest of his family and rebuild. “Though we miss our homeland, the horror we faced there prevents us from going back now,” he says. “The IRC has done its best to help us, and we have a better life in the camp as a result of their support.”

Learn more about the IRC's work inside Syria.