Over a million Iraqis living in Mosul have had their lives turned upside down since ISIS took control of the city in June 2014. Another 200,000 have fled their homes in the last four months as the battle to retake Mosul wages on. It is predicted that the fighting will continue well into 2017, but even when the last of ISIS is driven from the city, the crisis will be far from over.

Once home to over 2 million citizens, Mosul, as well as much of the surrounding area, has suffered under ISIS’s harsh rule. Men are forced to grow beards, women must be fully covered (including eyes), and mobile phones and non-ISIS radio and TV are banned. In East Mosul, children reportedly were taught math by counting weapons.

There is almost nothing left in shops. Prices are skyrocketing.

Although East Mosul has been retaken, some 750,000 people remain trapped in the west of the city with almost no communication with the world outside. Aid organizations lack full information about conditions there, but one thing is clear: The needs of those who remain are immediate and great. Residents have no access to aid, an estimated 40 percent lack clean drinking water, and with supply routes cut, food and fuel prices are escalating. No one knows how long they will have to endure these conditions.

We spoke to Ali*, who lives in East Mosul but has family and friends in West Mosul. “They do not have money to buy what they need,” he told us. “There is almost nothing left in shops. Prices are skyrocketing. ISIS has kicked some people out of their homes, especially those living near the [Tigris] river. ISIS are still executing people in the street."

While East Mosul no longer has to live under ISIS control, the challenges for the half a million residents remain vast. “I felt like a bird escaping from its cage,” Ali said, “like we have been born again.” But “the destruction is huge,” he added. Although people are beginning to leave camps and return to their homes and neighbourhoods, life in retaken areas is full of dangers. 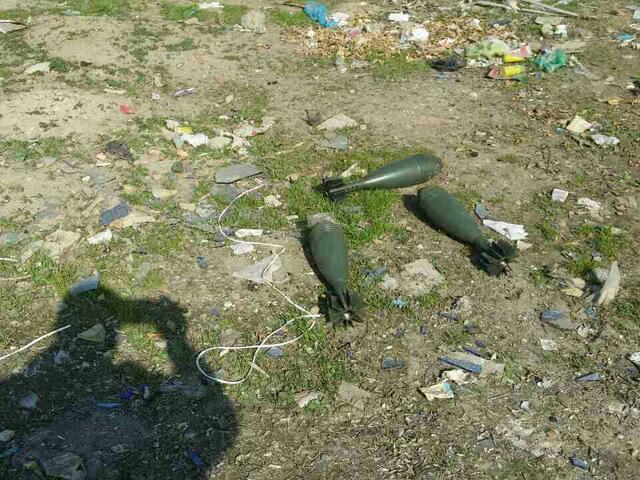 Although ISIS is gone from eastern Mosul, these neighborhoods are far from safe. Civilians face risks from explosives left behind during the fighting.
Photo: IRC

The IRC has received reports of a family living in a building with a live mine—they simply avoid that room—and a first-aid kit was found to be booby-trapped by ISIS with explosives. In the retaken village of Khorsebat, to the north of Mosul, IRC teams were warned not to leave the road, as the village remained contaminated with explosives.

ISIS are still executing people in the street.

Access to food and supplies are limited. “Most of the basic items are available now, but people do not have money to buy them,” said Ali. “Salaries stopped for over a year now and there is no work.”

With time and effort, mines will be cleared. Power and clean water will be restored. Markets will open and jobs will be created. But rebuilding trust among the Mosul community will take years. 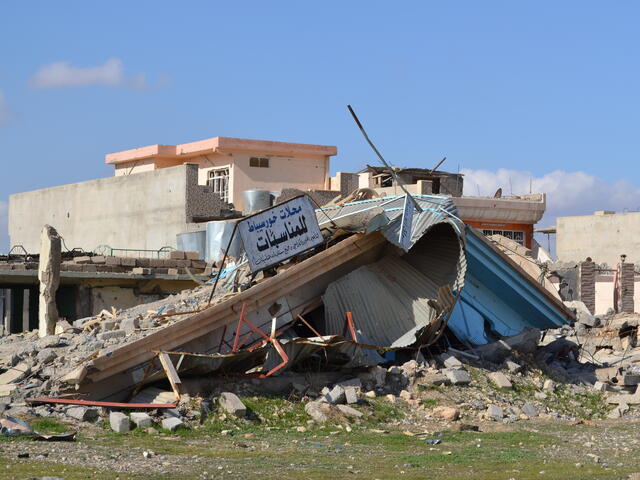 A heavily damaged shop in Khorsebat, a village near Mosul that was retaken from ISIS in late 2016. The village is still contaminated with explosives left behind by ISIS.
Photo: Jess Wanless/IRC

Mosul was once a diverse city, home to numerous ethnic minorities including Armenians, Yazidis and Turkmen, all of whom lived alongside the Sunni majority. “Before, we lived together—Christians, Yazidis, Muslims, everyone—but then ISIS came and they separated us,” explained Nasim*, a Mosul resident now living in the Khazir camp. ISIS sowed suspicion between peoples; that ditrust lingers. Many people are afraid that ISIS’s ideology will continue to influence some of their neighbors even as the city recovers.

Everyone suffered under ISIS rule. For the city to rebuild, the people of Mosul must be willing, and be supported, to live side-by-side again. Re-establishment of  rule of law, as well as a concerted effort toward social cohesion and reconciliation will be critical to allow them to feel safe, but currently, the future is unclear. As Ali put it, “We are afraid that the city will not be back as it was.”