From Victor Moses to Luka Modrić, refugee footballers, past and present, have thrilled soccer fans around the globe.

Refugees bring many skills and talents to their communities—and to the playing fields of soccer, the most popular sport in the world. At both club and national level, refugee footballers have left their mark on the pitch and in fans’ hearts.

Ahead of the FIFA World Cup 2022, we celebrate the diversity of teams around the world and learn more about some of the footballing legends who have fled war and conflict before beginning their illustrious careers

Alphonso Davies was born in a refugee camp

Alphonso Davies’ parents traded the civil war in Liberia for a refugee camp in Ghana. When Davies was 5, the family immigrated to Canada. There, the precocious athlete joined an after-school football league called Free Footie, created to help inner-city elementary-school students who couldn’t afford registration fees and equipment, or who lacked transportation to games.

In June 2017, a week after securing his citizenship, Davies became the youngest player ever to make an appearance for Canada. He was 16 years old.

Now the world-renowned star plays for Bayern Munich. He is also the first Canadian football player to become an ambassador for the U.N. Refugee Agency (UNHCR). Earlier this year, he announced that he will be donating his World Cup earnings to charity. 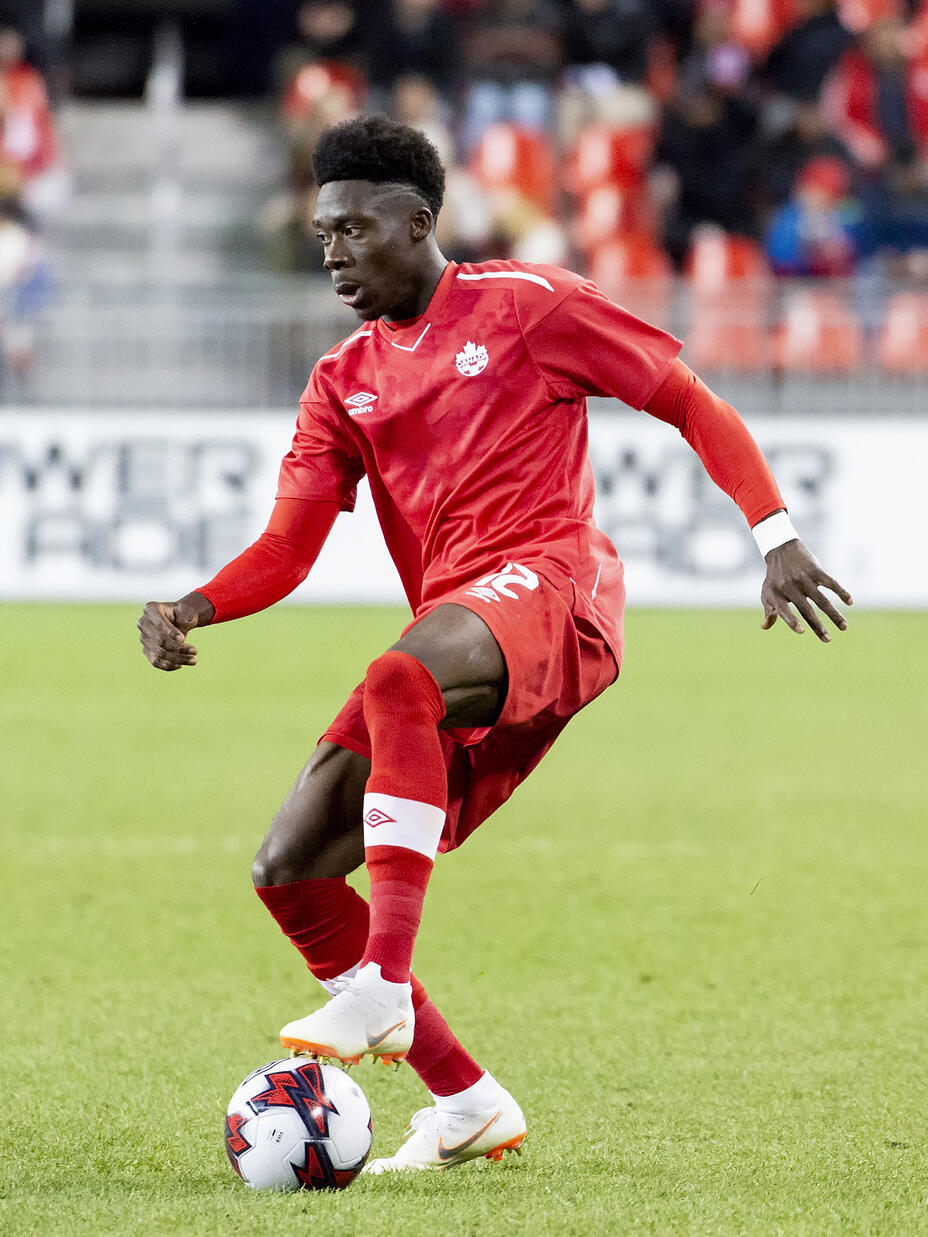 One of the best defenders of his generation, Alphonso Davies is a star player on the Canadian national team.

Luka Modrić was born in Croatia in 1985 and grew up with his grandparents in a village called Modrici. During the Croatian war of independence, Serb rebels executed Modrić’s grandfather and his family was forced to flee their home, which later was burned to the ground.

Modrić spent years living in hotels in the city of Zadar. It was in the adjacent carparks that he honed his soccer skills .

Modrić went on to play for some of the top clubs in the world and win the FIFA award for Best Men's Player.

In the 2018 World Cup, Modrić took Croatia to the finals, after which he received the Ballon d’Or award for best player of the year. He was the first player in a decade, other than the great Lionel Messi and Cristiano Ronaldo, to claim the award. 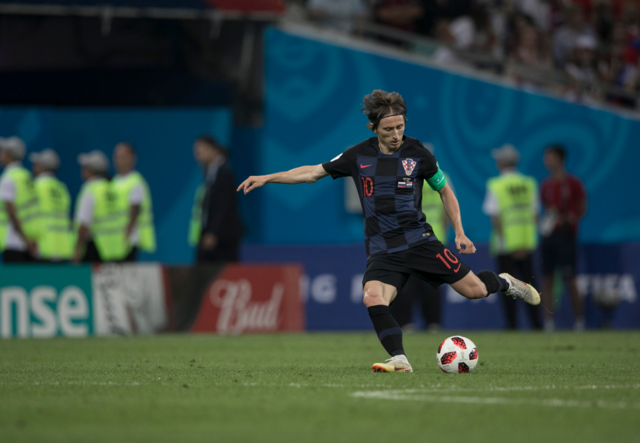 Croatia's Luka Modrić looks to pick out a teammate with a well timed pass.

When his family immigrated to Australia in 2006, Mabil’s natural talent got him noticed. Soon he was playing for Adelaide United, before debuting with the national team in 2018.

It was Mabil’s winning goal that secured Australia’s place in the 2022 World Cup. At the time, he said it was “the only way to say thank you to Australia on behalf of my family." 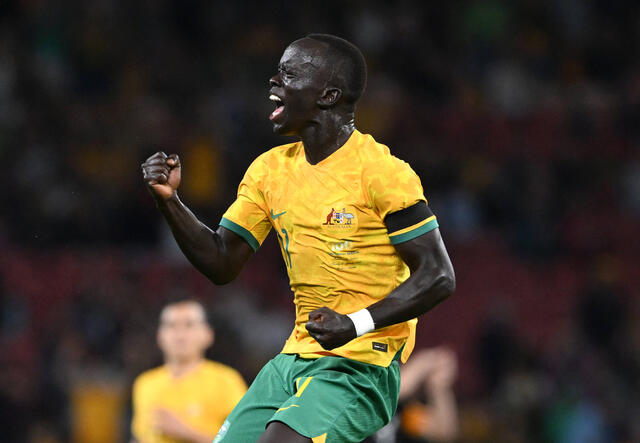 Eduardo Camavinga is France's youngest goalscorer in over a century

Camavinga was born in a refugee camp in Cabinda, Angola, in 2002. His parents, who were originally from the Democratic Republic of Congo, moved the family to France when Camavinga was 2 years old.

While training at summer football camps, he caught the eye of European scouts. At 17, Camavinga became France’s youngest goalscorer in over a century. Now 20, he is hoping to help France win its second World Cup in a row.

“I’m grateful to play and proud to do so as a former refugee,” he says. “I hope the millions of refugees around the world who also love football know that we stand together.” 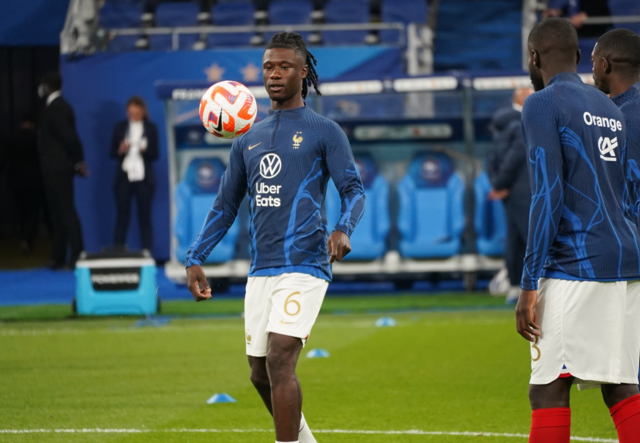 Eduardo Camavinga warms up with his teammates before a home match with the French national team.

Victor Moses lost his parents to riots that rocked Nigeria

Born in Kaduna, Nigeria, in 1990, Moses was 11 years old when his parents were killed in their home during an infamous month of religious riots in 2002. Moses was playing football when he learned of their deaths. He hid with friends until he was able to escape to the U.K., where he claimed asylum.

Moses was fostered by a family in south London and continued to play soccer. He started his professional career with Crystal Palace F.C., eventually joining Chelsea, where he made 34 appearances in the club’s 2017 Premier League winning season. Although Nigeria failed to qualify for the 2022 World Cup, Moses continues to amaze fans with his skill.

At the 2022 World Cup, some of these refugee superstars will play for their country of birth while others will represent the nations where they have resettled. But all of these footballers will play for, and inspire, the more than 89 million refugee and displaced people around the world.

We celebrate these players’ accomplishments and the many contributions of the world’s refugees.