Hospitable, generous and welcoming: That is what makes America great—not closing our doors

The United States remains a beacon of hope and hospitality to refugees around the world, and many who arrive can’t wait to help others who come after them.

“I tell refugee families that, regardless of where they are from, they can and will overcome any barriers,” says Qais Nayab, a caseworker with the International Rescue Committee in Seattle. “It’s not going to be easy but they’re not alone.”

Qais, a refugee himself, received a special immigrant visa for locals in Afghanistan who worked with the United States government. Qais underwent extensive background checks, hours-long security interviews and lie detector tests. It took many years before he was approved to be resettled in the U.S. in 2017.

“Leaving your home is not a luxury, it’s a necessity for refugees,” he says. “No one wants to leave their country unless they have to. It’s your house, your home, your memories. Why would you say goodbye to all of that for no reason?”

Qais is all too familiar with what it’s like to be a newcomer. Below, he shares his story of why he was inspired to help refugees in America:

“A chance to start a new life with my family”

I only remember Afghanistan as a teenager. When I was 5 years old, my family was forced to flee our home in Kandahar to neighboring Pakistan for 11 years during the Afghan civil war.

When we did return, we lived a simple life—together as a family, not afraid that we may be killed tomorrow.

We came back at a time of reconstruction, when people were motivated and inspired to rebuild our beautiful country after the collapse of the Taliban regime. I, too, was inspired and wanted to contribute to my country. This is why I decided to help the United States with its mission in Afghanistan with my language skills as an interpreter.

At the beginning, I didn’t know this would be a dangerous job. I was very hopeful. But my father told me I shouldn’t tell other people what I did for a living. That’s when I started to feel scared, but I knew how important this work was, so I continued.

No one wants to leave their country unless they have to. It’s your house, your home, your memories. Why would you say goodbye to all of that for no reason.

I worked as a linguist for 11 years and readily accepted assignments in the most dangerous areas of Afghanistan. I remained at constant risk for hostile threats such as kidnapping and even sudden death due to the nature of my job duties.

When I finally received my visa .. .I have no words to describe how I felt. Relief, maybe? I had a chance to start a new life with my family, my kids. I left for the U.S. first in 2017, and then less than a year later, my wife and three daughters joined me.

“My way of giving back to a country that welcomed me”

I tell my story to refugees who I help in America, so they have someone to relate to. When I first arrived, I was overwhelmed and intimidated. Although I knew English, I didn’t know anyone, and there were many cultural differences even though I [had some familiarity] with American culture. I could only imagine how it would feel for others. 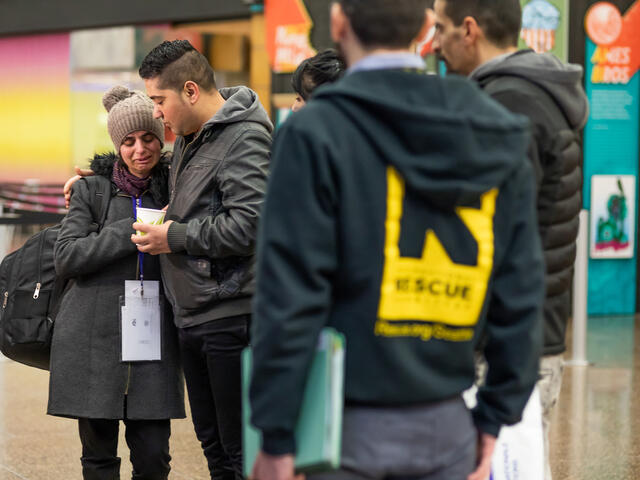 That’s when I decided to become a caseworker with the International Rescue Committee. It was my caseworker and the resettlement agency that helped me adapt and feel like I belonged here. This is my way of giving back to a country that welcomed me.

I’ve been so inspired by Sirvan and his aunt Saltanat Moradi [newly arrived refugees from Iran who were resettled by the IRC]. Their arrival was definitely one of the more emotional experiences for me because of what the family have gone through and are still going through.

Four years ago, the Moradi family fled to Turkey after receiving death threats. After a dozen interviews, background checks and medical visits, the family was approved for resettlement in Seattle on June 12, 2017. But because of the U.S. travel ban, the family’s flights were canceled three times. 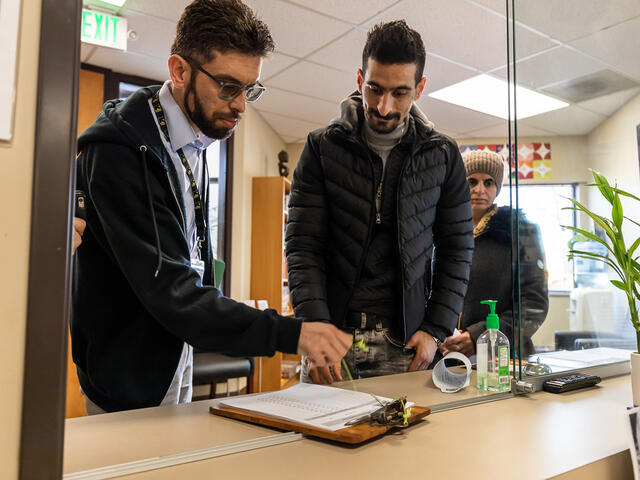 IRC caseworker Qais Nayab (left) takes the Moradi family to visit the IRC's office in Seattle to learn more about the services and support they will receive.
Photo: Cameron Karsten/IRC

Sirvan’s father, Seid, who was 54 years old, needed surgery for a blood vessel by his heart. Our team in Seattle had a specialist ready to see Seid. But sadly, before he could make it to the U.S., the blood vessel burst, triggering a fatal heart attack.

Sirvan and Saltanat arrived at Seattle-Tacoma International Airport on Feb. 6 without their father. Sirvan loved his father so much, he brought some of his clothes with him.

We provided immediate aid and housing for them and we’re helping them reunite with the rest of their relatives. Sirvan’s mother, Fanoos, and his two siblings, Saman and Delnia, remain in Turkey, where they need to restart the resettlement process from scratch.

Sirvan’s mom is very ill, and he worries what happened to his father, might happen to her. It’s a very stressful time for them.

But despite the trauma they have endured, they are incredibly resilient and want to become productive members of society. They attend English classes…they’re so proud when they learn new words and phrases. Sirvan is looking to join a local soccer club to make new friends and practice his English. He is eager to start working and go back to school.

Sirvan has big dreams—he wants to buy a house for the rest of the family when they arrive, so they can live together. He and Saltanat are very hopeful of a bright life in America. 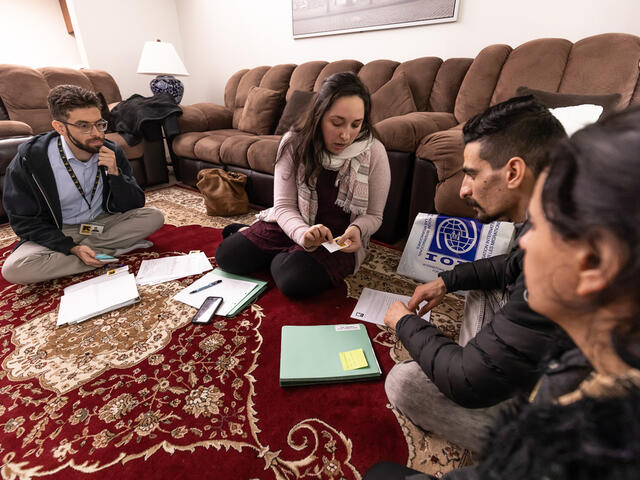 IRC caseworkers Qais Nayab and Sarah Conklin guide the Moradi family through initial paperwork as newcomers in America before they are taken to their apartment.
Photo: Cameron Karsten/IRC

The IRC is a family, a home, a support system for those who come to this country with almost nothing and start life from scratch. Our resettlement work is important to help refugees overcome the challenges and barriers they face when they come here, and to survive, thrive and integrate into their new environments.

Because of America’s history and its founding principle of being a safe haven, people around the world who are trying to avoid persecution in their countries for various unjust reasons look at America as a sanctuary and a last hope for survival.

And the notion that the American people are hospitable, generous and welcoming is what makes America great—not closing our doors and shutting the borders. 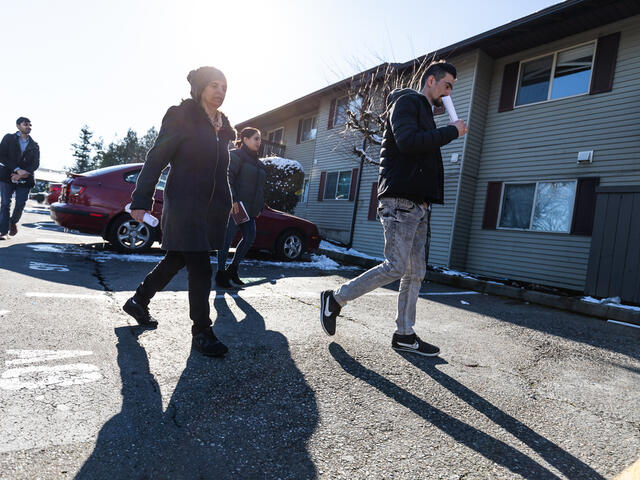 The IRC helped the Moradi family move into their new apartment, visit a bank and go shopping in a nearby grocery store.

Refugees like Sirvan and Saltanat bring a piece of their world with them when they come here. They bring their culture, their language, their art, music, history, new perspectives, innovative solutions, and a stronger sense of community.

It’s upsetting to see how the number of refugees accepted into the U.S. has drastically dropped over the years, but it gives me hope to see how more and more people are coming together to stand with refugees.