The civil war in Syria – now in its sixth year – has sparked the largest global displacement of people since World War II. Nearly one in four people in Lebanon is a Syrian refugee. Half of those are children. Most of the 1.5 million Syrians in this country roughly the size of New Jersey struggle to lead a normal life without a home, a proper job, or a chance at education.

We sat down with IRC executive producer Cathe Neukum to discuss how virtual reality is changing the way we tell stories. 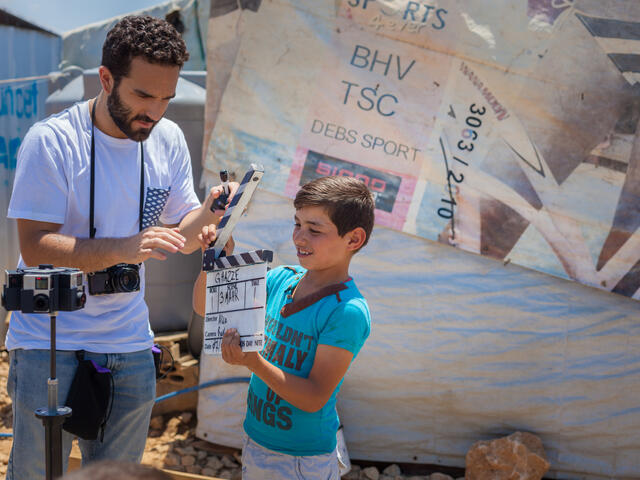 Nine-year-old Maher, featured in the IRC's first virtual reality film, has been living in a makeshift camp in Lebanon with his family for three years.
Photo: Alexander Pedigo/IRC

Q: How did virtual reality come about at the IRC?

Technology is always growing; it’s not static, so neither should be our storytelling approach. VR is one of the best mediums out there to evoke genuine empathy and action for a mission like the IRC’s: responding to the world’s worst humanitarian crises.

When you’re watching a traditional video, you’re able to multi-task. But once you don the virtual-reality goggles, the rest of the world around you disappears and you’ve entered into a completely simulated experience. Even watching without a VR headset is a powerful experience.

Such intuitive technology has a real potential to tell real-life stories in more compelling ways, building awareness for our donors and supporters.

We partnered with one of the leading virtual reality companies–YouVisit, here in New York–to produce our film on Syrian refugees in Lebanon. We were impressed by their willingness, excitement and energy to help us tell this important story in an immersive way.  It’s critical to have the right creative partner–especially when experimenting with such a new medium–and YouVisit knew we wanted to get into this space.

Q: Why did the IRC decide to focus its first virtual reality film on Syrian refugees in Lebanon with Rashida Jones? What makes your story different from others?

Rashida Jones has been a longtime supporter of the IRC and she expressed interest in doing another trip with us and visiting Syrian families in Lebanon. She becomes a voice and persona people can relate to–and we are taking this journey with her, which becomes such an amazing experience.

What does that mean?

Most refugees make their ways to the cities, which can present more opportunities to live a normal life again.

But in cities, refugees face extremely harsh conditions and are confronted with various challenges: they’re denied access to basic services such as education or health and are exposed to harassment, intimidation and discrimination.

They also have trouble finding affordable housing, as it’s illegal for Syrian refugees to work in Lebanon without a permit, which can be difficult to obtain.

Many live in cramped apartments, abandoned buildings and partially constructed buildings. And while some still shelter in tents, this traditional image no longer paints a true picture of how refugees live in the 21st century.

So we asked ourselves: how can we illustrate the living situation for Syrian refugees in a way that is impactful and resonates with audiences, and makes it clear to them that refugees do not live well? Virtual reality.

When you watch Four Walls, you’ll see three different living environments: tented settlements, abandoned buildings and partially finished buildings. It’s a really 360° experience. You can get an accurate picture of this environment. You can’t physically touch anything, but it’s your own experience.

The film provides a stark perspective on the dire conditions people live in and our viewers are placed within a crisis that isn’t going away anytime soon.

We have to reach people we haven’t reached before and while they might not care about the refugee crisis in the Middle East at first, virtual reality may be the medium to get them to engage and take action. 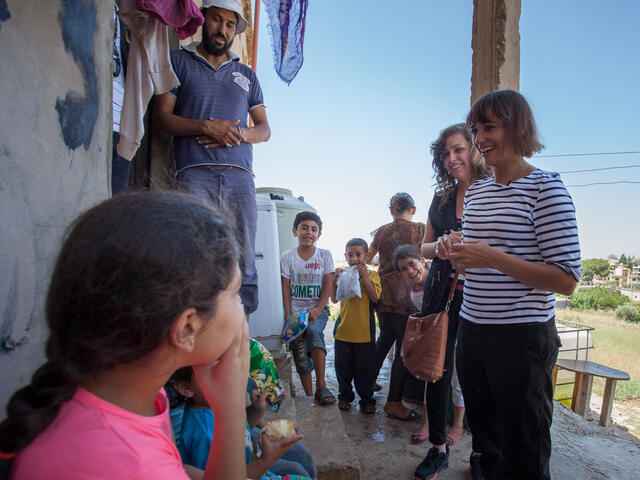 Q: At what point during filming did you have a moment where you thought, “Wow, this is why a virtual reality story works to build awareness of the plight of refugees?”

You wouldn’t really get this sort of experience with a traditional video or still imagery. This is what VR is meant to do–not only provide an immersive experience, but an emotional one as well.

Q: What are some of the stories people will experience?

You’ll experience the daily trials Syrians face from a point of view you’ve never seen before. Expect to be moved, and experience a life different from your own, but at times almost the same.

You’ll experience every nook and cranny of where refugees live from an abandoned palace to small one-room apartments, where exposed wires hang in almost every corner.

You’ll meet a group of street children who gather at an IRC center after working long hours on the streets to be kids again. They were the toughest to film from an IRC perspective, since it’s important to protect their identities.

You’ll experience the hunger for knowledge and curiosity of children attending school in northern Lebanon. We’ve all been in a classroom, but this space is what these children cherish the most. It’s the normalcy they crave. 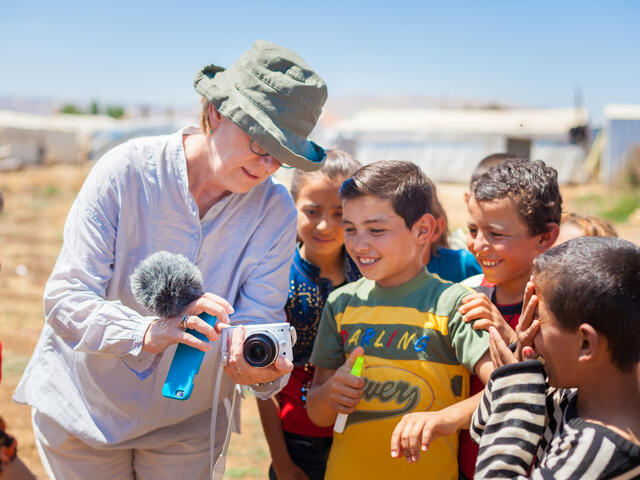 Q: What is the future of VR at the IRC?

VR is still an experiment for the IRC, but it will be a revolutionary tool for our ongoing narrative about the world’s worst humanitarian crises.

The technology is also new and will continue to improve and expand and our storytelling will evolve with it. Our experience with VR was overwhelmingly positive and we plan to do many more since we see how effective it is.

We want to shake it up–from subjects that people tend not to think about such as the current situation with Boko Haram in Nigeria to the drought in Ethiopia.

We can’t bring people to the field to bear witness to countless tragedies throughout the world, but we will do our best to raise awareness through VR.

The IRC's work in Lebanon