Meet Wilmot Collins, the refugee who was just elected mayor

On Nov. 7, 2017 Wilmot Collins, a refugee from Liberia, was elected mayor of Helena, Mont. He will become the first black mayor of the capital city, unseating 16-year-incumbent Jim Smith.

In 1990, Collins and his wife, Maddie, fled to Ghana to escape the brutal civil war in Liberia. They both weighed 90 pounds and were dying of starvation when they arrived. After regaining their health, they set their sights on Helena, where Maddie had lived as a high-school exchange student. While a pregnant Maddie was able to return to the U.S. and attend college on a student visa, Collins had to wait through the grueling refugee vetting process. 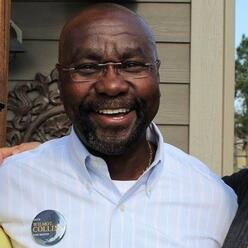 "We’ve worked hard, we contribute to our communities, and we are doing very well,” says Wilmot Collins of refugees who are rebuilding their lives in the U.S.
Photo: Wilmot Collins/Facebook

“I was a refugee, so I registered with the United Nations High Commissioner for Refugees,” Collins says. “The entire process took two years and seven months. When I saw my daughter for the first time, she was one month away from being two years old.”

His daughter is now in the Navy, his son attends the University of Montana and his wife is a registered nurse in the Army Reserve. Collins himself is a child protection specialist with the Montana Department of Health and Human Services, a member of the Navy Reserve, and an adjunct professor at the University of Montana-Helena as well as a Ph.D. student in forensic psychology.

Now, he can add civic leader to his list of accomplishments.

“It was really exciting and heartwarming to see Wilmot elected mayor of Helena,” says Jen Barile, resettlement director of the International Rescue Committee office in Missoula. “He is such a great example of how refugees give back to their communities.”

Collins decided to run for office because he felt certain local issues remained unaddressed. Teenage homelessness was on the rise, and police and fire departments were understaffed, leaving emergency calls unanswered. His fellow citizens “were ready for a new face, new ideas and fresh perspectives,” Collins notes.

When you come to America as a refugee, all eyes are on you ... All we’re asking for is that second chance, and then we’ll prove ourselves.

Collins has been lauded as an example of how refugees can rebuild their lives in America and contribute to their societies. But he wants people to know he’s not the only success story. “There are so many others that are doing just what I’m doing and even more,” he says.

He points to Bertine Bahige, a refugee and former child solider, now principal of an elementary school in Wyoming, the only state without a refugee office.

“Don’t put us in a box—we’re humans like you,” Collins says to critics of refugee resettlement. “Some of us will make mistakes. Some of us will excel. But the majority of us are honorable people. We’ve worked hard, we contribute to our communities, and we are doing very well.” 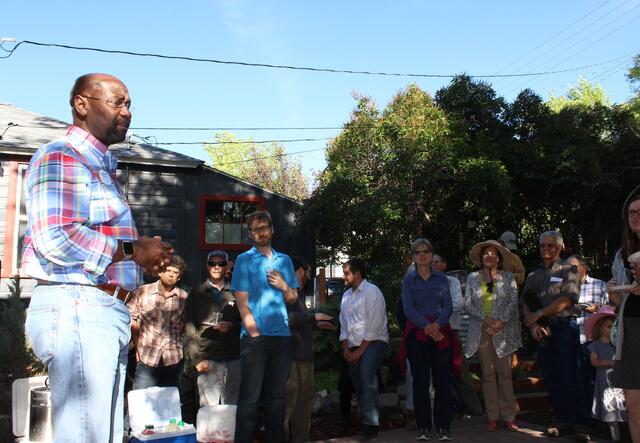 Wilmot Collins says he decided to run for office in Helena because issues such as teenage homelessness and understaffed police and fire departments were not being addressed.
Photo: Wilmot Collins/Facebook

Collins speaks with authority because he’s on the advisory council of the Refugee Congress, an independent, nonprofit refugee advocacy group that meets annually in Washington, D.C. In 2015, he and his wife also helped a Cuban refugee family rebuild their lives in Helena.

We’ve worked hard, we contribute to our communities, and we are doing very well.

It’s because of those negatives that Collins urges new refugees to have a thick skin and remember that they have an opportunity to determine their own futures.

“When you come to America as a refugee, all eyes are on you,” Collins said. “I just had that sheer determination to make it and to show that this is not who we are. All we’re asking for is that second chance, and then we’ll prove ourselves.”