On Nov. 7, 2017 Kathy Tran, a refugee from Vietnam, became one of the first Asian-American women elected to the Virginia House of Delegates. Her experience as a refugee fleeing violence and persecution inspired her to run for office and build a more welcoming culture for immigrants in America.

“I came to the U.S. as a refugee from Vietnam in the early ’80s when I was almost two years old,” Tran says. “The International Rescue Committee in Los Angeles resettled my family.”

Tran’s family had been offered asylum to other countries because her mother worked as an interpreter for consulate offices in a Malaysian refugee camp. But her parents had their eyes set on America. 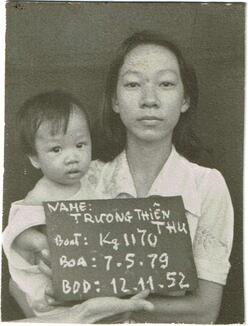 “For my parents, America has always embodied hope, opportunity and freedom,” Tran says. “That's why they decided to come here even though they had the choice to go elsewhere. They waited more than 13 months for the U.S. to finish processing our application.”

Like many other refugees, the family came to the States with empty pockets but full aspirations for the future. “Knowing that we had support through the IRC’s refugee resettlement office and program helped us get on our feet,” she says.

Forever grateful for these opportunities, Tran would go on to forge a career helping other immigrants and refugees rebuild their lives in America. She interned with the Lutheran Immigration Refugee Service, taught English at the Elizabeth Detention Facility, and worked at the National Immigration Forum on policies to help immigrants and refugees reach their potential. She also interned with the IRC in Boston, where she helped Vietnamese and Kosovo Albanian refugees learn English, draft resumes, and complete mock interviews as they prepared to enter the workforce.

For my parents, America has always embodied hope, opportunity and freedom. That's why they decided to come here even though they had the choice to go elsewhere.

“My experience living as part of the Vietnamese diaspora, and our family experience of escape and resettlement, really shaped my interest in public service, and also my experience working in different immigrant and refugee communities across the U.S.,” Tran explains.

Tran eventually married and settled in Virginia, where she has worked at the U.S. Department of Labor for the past 12 years. She decided to run for office after her fourth child was born—the baby’s due date, as it happened, was Jan. 20, Inauguration Day. 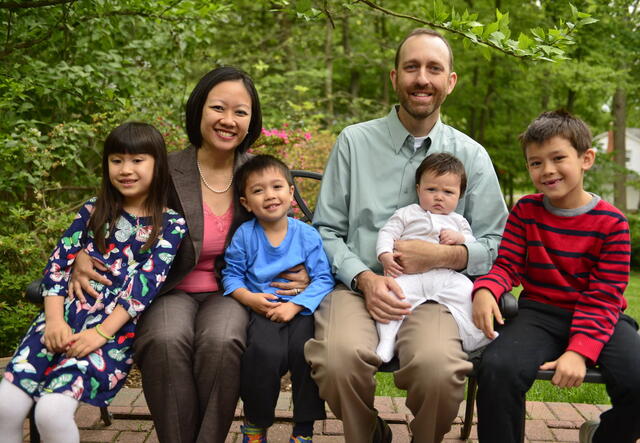 Kathy Tran with her family. Tran decided to run for a seat in the Virginia House of Delegates when her youngest child was a month old.
Photo: Kathy Tran for Delegate

“After the election, my husband and I were really concerned about the direction our country was taking,” Tran says. “And so we wanted to give our baby a name that reflected our values.”

They named their daughter Elise Minh Khanh. “Elise” was inspired by Ellis Island, where her husband’s family came to escape anti-Semitism at the turn of the 20th century. “Minh Khanh,” Vietnamese for “bright bell,” was inspired by the Liberty Bell.

“To us, our daughter’s name means ‘ring the bells of liberty and champion opportunity for all,’” Tran says. “So I made the decision to run for office when she was just a month old.… I couldn’t rest upon her shoulders the responsibility of fighting for the future, for herself and her generation.”

What we need to do is open our arms and our hearts to people who want to work hard and to create bright futures for themselves and their families, and to give back to their new homeland.

A large part of that future, says Tran, is building a more welcoming and supportive American culture for immigrants and refugees. “Welcoming refugees and people who are fleeing violence and terror is central to America,” she explains. “What we need to do is open our arms and our hearts to people who want to work hard and to create bright futures for themselves and their families, and to give back to their new homeland. And we really need to understand how our country and our economy is fueled by their contributions.”

"I ran because I couldn’t sit on the sidelines" - Kathy Tran, first Asian-American woman elected to Va. State House https://t.co/o7Z10WjYvP

For young refugees coming to America, Tran encourages them to dream big. “America truly is still the land of opportunity, and we need all of our youth—including our refugees and new Americans—to get engaged and to participate civically. I want to make sure that our refugee youth understand that so many people here in America welcome them and want to support and help them achieve the American Dream.”