Meet Lilian Dawa, a South Sudanese social worker in a refugee settlement in Uganda who works tirelessly to protect women and girls from violence.

One brutal day in 2014, Lilian Dawa’s husband was taken from their home in the town of Yei, South Sudan. Weeks later, Lilian found his body tied to a tree. He had been shot in the chest.

Amid her grief, the 31-year-old social worker pressed on with her work aiding families like hers who were caught in South Sudan’s civil war. But as the fighting intensified, Lilian lost her job and feared that she might also lose her children.

Lilian fled to neighboring Uganda in September 2016 with her six-year-old son, Harmony, and three-year-old daughter, Destiny. She now lives in the Bidi Bidi refugee settlement—home to some 270,000 South Sudanese refugees—where she helps other women as an International Rescue Committee community volunteer. 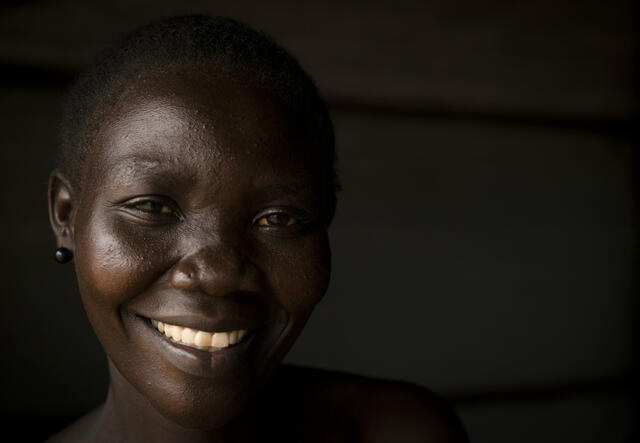 After losing her husband to the civil war in South Sudan, social worker Lilian Dawa fled with her two young children to a refugee settlement in Uganda where she helps other women as an IRC community volunteer.
Photo: Adriane Ohanesian/IRC

I saw so many things in South Sudan: massive killing, cold bloodshed, death without reason. I was scared for my children to go to school. Students would run from their classrooms if they heard gunshots.

People were panicking. You could go to the market in the morning, but by midday people would disappear: If they saw someone dressed like a soldier, they would run away. People couldn’t sleep because of the gunshots. Life was a misery.

My job as a social worker ended because the local nonprofit organization that employed me had to close as a result of the insecurity. I managed to earn some money doing manual labor—digging—but as a widow with two children it was hard for me to raise enough for safe transportation to Uganda. 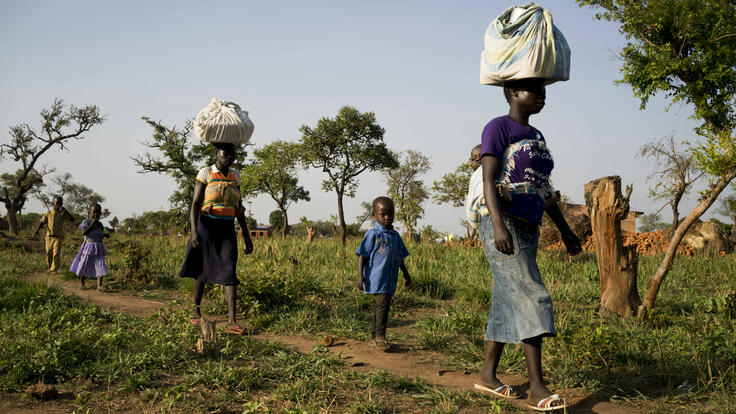 Women and their children arrive on foot from Yei, South Sudan, into the border town of Bosia, where they will be bused to refugee settlements in Uganda. Many faced hunger and violence along the way.
Photo: Adriane Ohanesian/IRC

As a result, we had to walk for ten days to reach the border, joining other people who were also fleeing. I brought water in my five-liter container and some boiled cassava for us to eat.

There were many threats on the journey: If you left the road for a little distance to look for food, you were are attacked by the rebels and taken into the bush to be given “awareness” of their cause. If you came back to the roadside, you were questioned by government soldiers about who you met on the way.

It was also hard for us to find food: You didn’t see any markets. And many of the houses along the road were abandoned. Only if you could reach the home of a Samaritan, maybe that person would give you something small to eat. But we never dared to hope. 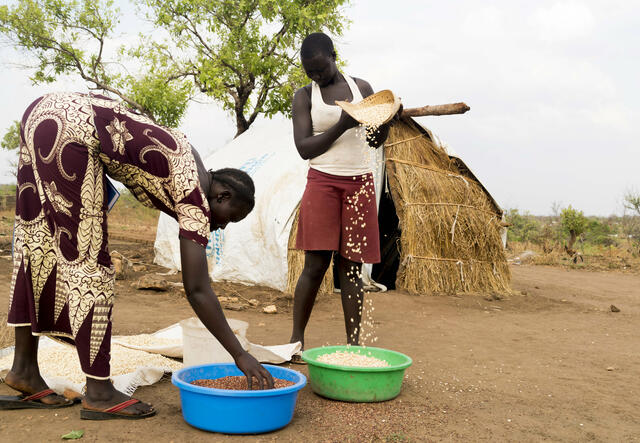 Lilian stops to help 17-year-old Jane Noka (center) sift maize outside her home in Bidi Bidi. "It’s the young generation that will change the future of South Sudan,” she says.
Photo: Adriane Ohanesian/IRC

One day, suddenly, we reached a place where the government soldiers collided with the rebels. My son went missing in the chaos. I was out of my senses because I didn’t know where my child was. I was thinking, “He’s dead.”

I thought that was the end of my life.

When I reached Uganda, I was still out of my senses missing my boy. My friends had to force me to go to the refugee settlement and register. I stayed in the camp for one month. It was later that I found my child (he’d joined another group of refugees and eventually ended up in the sprawling camp) and started to feel like myself again.

I saw to it that my son went back to school, because he is my future. But I myself was struggling. Not until I became a volunteer for the IRC, working with the women in the community, did my mind start to settle.

I work with the IRC team that protects women and girls from violence and abuse and educates people about ways to prevent violence. I love my work—it’s my talent. 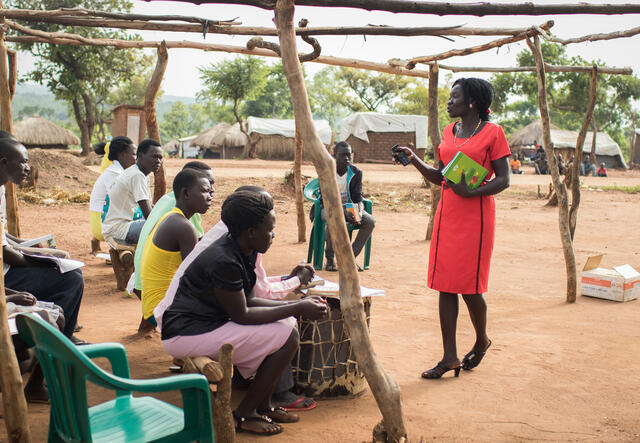 Lilian stands before a church congregation in Bidi Bidi during a service. "I pray for peace in South Sudan," she says. "I pray that the next generation—my children—will see peace."
Photo: Kellie Ryan/IRC

The biggest challenge that women here face is self-doubt. Many of them are single, widowed or divorced and they don’t believe they can stand on their own without support. The women who come to the IRC women’s center for counseling and to share their experiences tell us what they need to rebuild their lives—such as literacy classes and ways to earn an income.

As for my family, I don’t know what the future will be. South Sudan is unsafe because what seems like a permanent hatred has developed between people: They feel like killing each other. And people are hungry: They are unable to farm due to the fighting and have to scavenge crops left behind by those who fled.

I thank the government of Uganda for the warm welcome, the tireless welcome, to us South Sudanese. And I pray for peace in South Sudan. I pray that the next generation—my children—will see peace. I don’t wish them to see the life of a refugee again.

I want them to have a bright future.