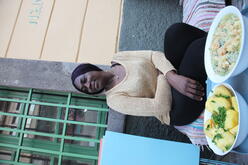 Last year the International Rescue Committee (IRC) in Greece hosted cooking workshops for refugees and local women living on the island of Lesbos. Some of the women who took part talked to us about their experience and shared the recipe of the dish they shared with the group. Elisabeth, who is originally from Cameroon, shares her mouth-watering spinach stew with beef and shrimp recipe.

35-year-old Elisabeth has been living in Greece for two and a half years. Elisabeth has a strong work ethic, “Back in Cameroon I was a secretary and had a small shop where I sold cosmetics and other stuff for women.”

“My life was harsh,” Elisabeth told us. “I had many problems with my husband, he was violent with me.”

When she arrived in Greece in 2019, Elisabeth was forced to live in the Moria refugee camp, which has since burnt down in September 2020. “I was shocked with the living conditions,” Elisabeth told us. “My life in Cameroon was harsh, but it was a normal life; I had my house, my hygiene. Moria was like chaos.”

Despite the difficulty of living in the camp, Elisabeth was determined to make a new life for herself. “I stood on my feet and I said to myself: “If you fall now, you made that journey, you came all the way here for nothing”. 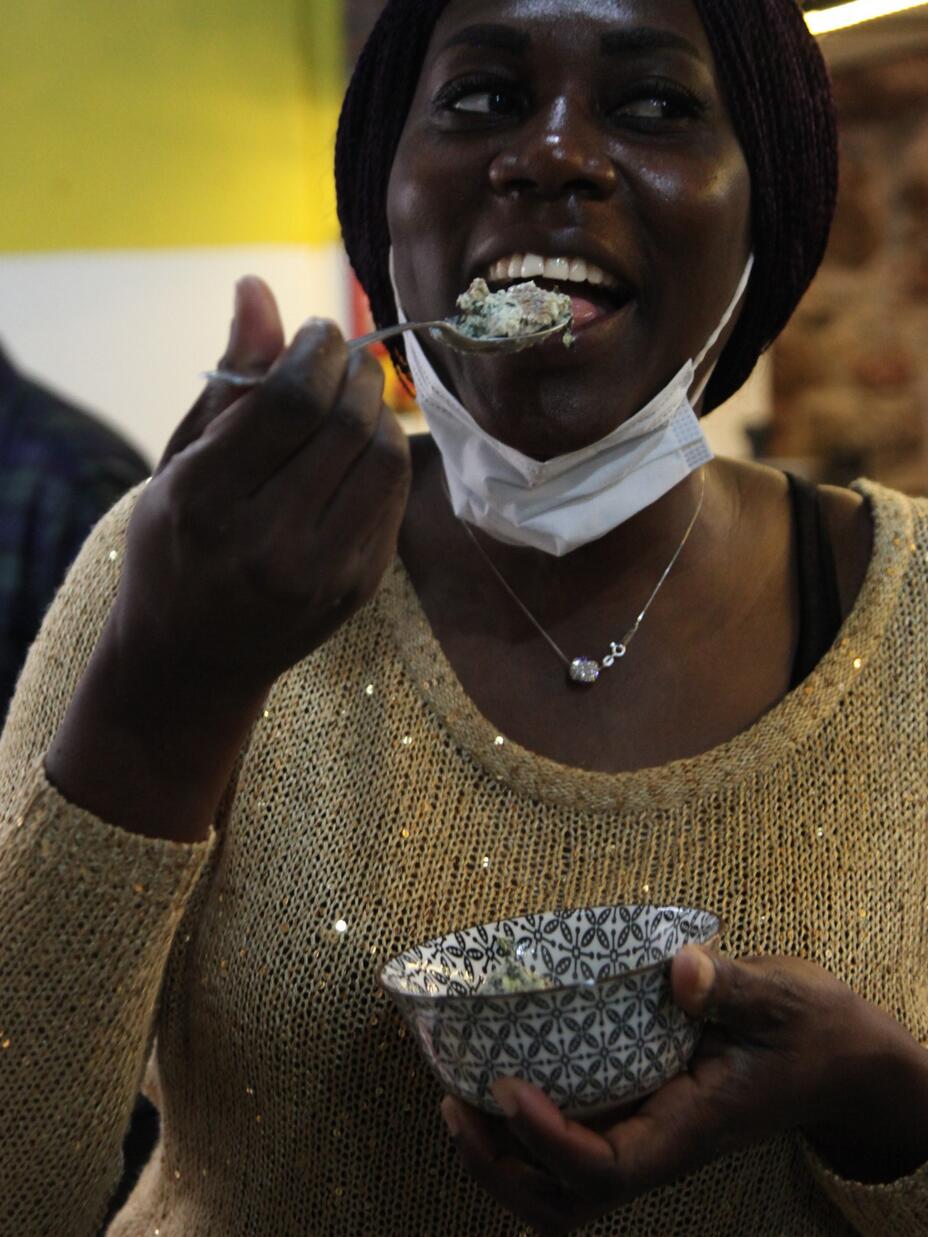 “I know that I am in a better and stronger place right now, and I won’t be afraid anymore.”
Photo: Stefania Mizara/IRC

Elisabeth received her refugee status in November 2019 and currently works for the IRC as a Cultural Mediator. “My dream is to return to Cameroon in 10 years, when I will be ready to make an NGO for women and children’s rights,” Elisabeth told us.

“I am not the same person I was before leaving Cameroon. I want to go back and fight, with all the knowledge I have now– and support other women that passed or pass through the same things.”

Elizabeth has chosen to share a recipe called Ndolé which she says is ‘“a heavy food for the stomach.” 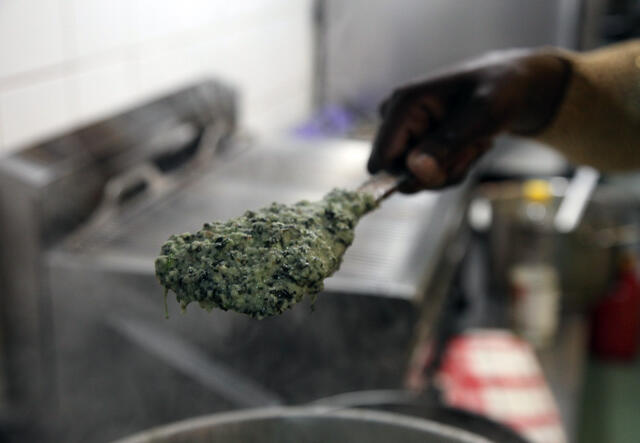 “I would like to open a restaurant here in Mytilini with Cameroonian food and recipes.”
Photo: Stefania Mizara/IRC

Follow the recipe to learn how to make spinach stew with beef and shrimp. 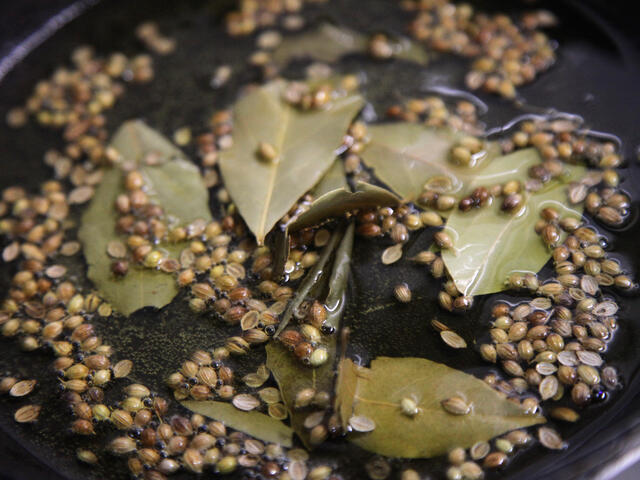 “I chose to make Ndolé today, a recipe that comes from Dual”
Photo: Stefania Mizara/IRC 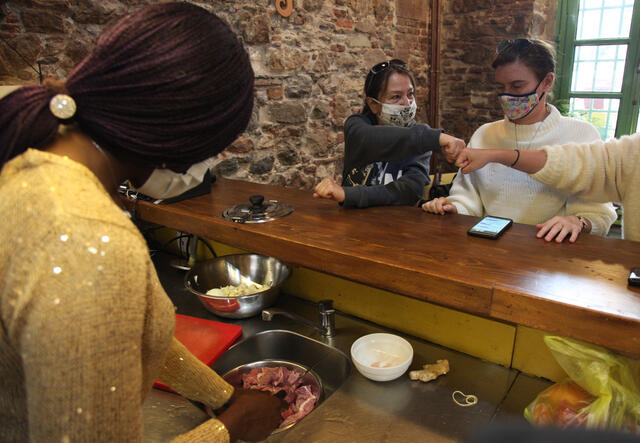 “I am confident that you are going to love it!”  Says Elisabeth.
Photo: Stefania Mizara/IRC