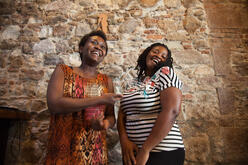 Koteu, a refugee from Cameroon who has been supported by the IRC’s mental health center in Greece for the past year, shared her recipe for spinach and tuna with African fufu. Fufu is a dough made from boiled plantains, cassava or malanga, but for this recipe Koteu used semolina. She chose this dish because she ate it often growing up in Cameroon.

Koteu cooked with the help of Sandra, an interpreter who works with the IRC on Lesbos.

Spinach and Tuna with African Fufu 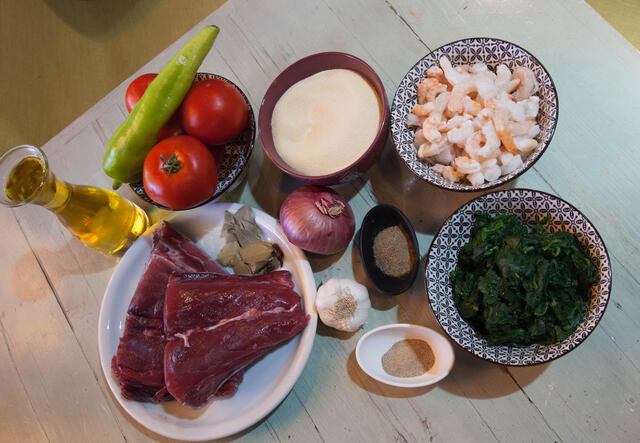 "Food has always brought people together." IRC's Senior Advocacy Manager Martha Roussou helped to organise the cooking workshops. "The spices, the smells and the memories that cooking brings create bonds. Cooking is intimate." 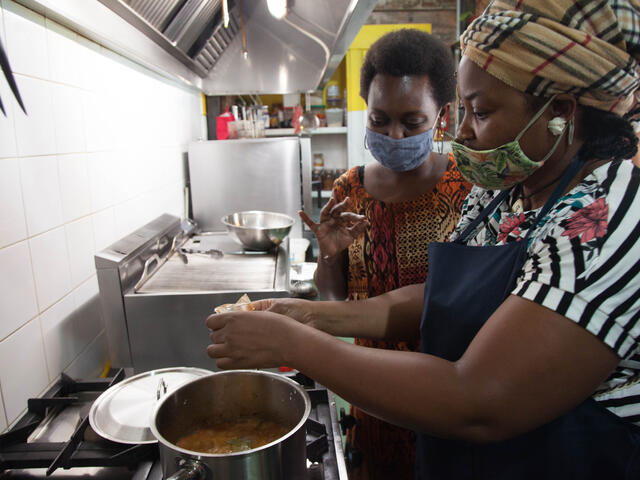 "I was really touched by the amazing pair who joined forces to cook together," said Martha Roussou about Koteu and Sandra. “Seeing the bond the two had created, as well as hearing from Koteu how much the IRC has helped her, warmed my heart.”
Photo: Stefania Mizara/IRC

To make the fufu 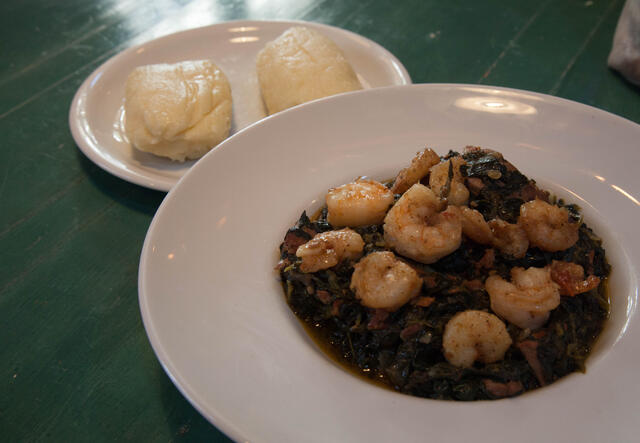 “I can cook for many people and I feel good,” Koteu told us. “When I cook I feel better because I don’t think about anything, only cooking.”
Photo: Stefania Mizara/IRC

The Recipes from Home series presents dishes lovingly prepared by refugee and local women who attended the IRC cooking workshops held at Nan, a restaurant on the island of Lesbos. The aim of the workshops is to bring together people to promote common experiences and mutual understanding through the universal language of food.

The workshops were supported by the Western Union Foundation.