Earlier this year the International Rescue Committee (IRC) in Greece hosted cooking workshops for refugee and local women living on the Greek island of Lesbos. Some of the women who took part talked to us about their experience and shared the recipe of the dish they shared with the group. Hafeza shares her recipe for Afghan Bolani. 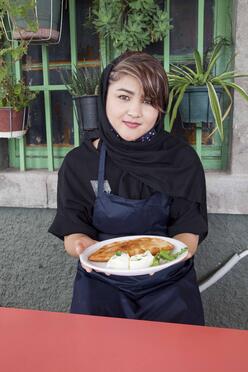 Hafeza, 26, has been living in Greece for four years after fleeing Afghanistan. Hafeza lives with her two children in Mytilini on the island of Lesbos. Sixty-three percent of the refugees and asylum seekers on Lesbos are from Afghanistan, which is experiencing an escalating political and humanitarian crisis.

“My mother taught me the recipe. When she was in the kitchen I went to check what she was doing. I asked her what she was cooking, and she told me 'Bolani' and then she taught me how to make it.” Hafeza says. 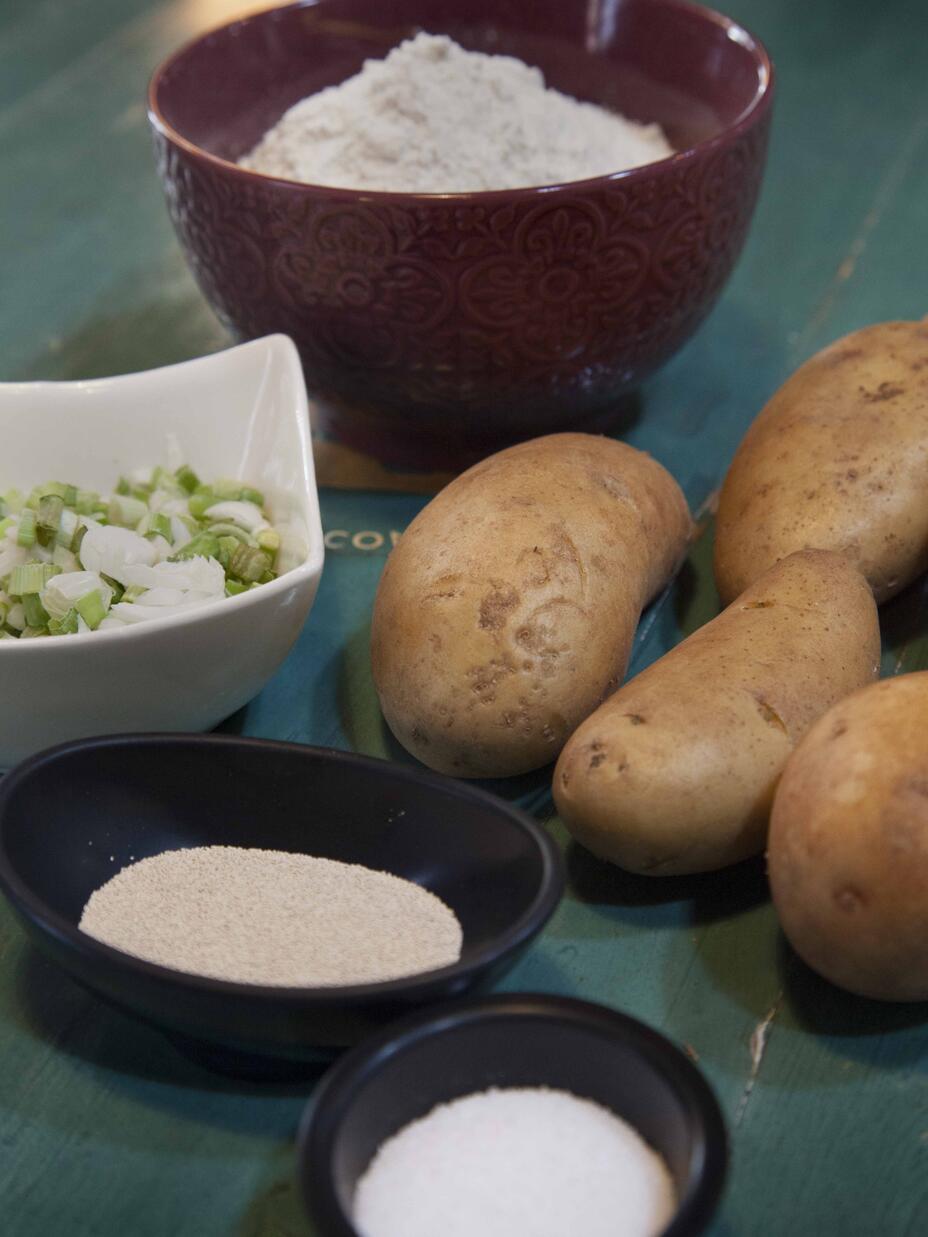 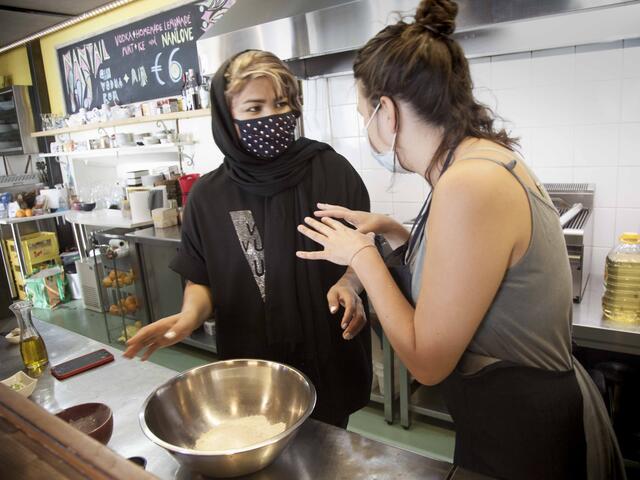 The workshops were held in Nan restaurant in Mytilini on the island of Lesbos.
Photo: Stefania Mizara/IRC 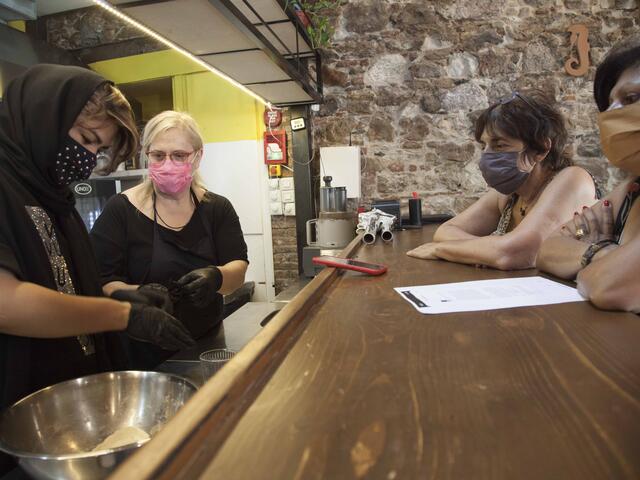 "The refugee women were excited to have a proper kitchen with all the utensils to cook in and learning about Greek ingredients and food. The local women were also impressed by the combination of spices, intricate techniques and flavours from the refugee women’s cooking." Said Martha Roussou, Senior Advocacy Manage for the IRC. 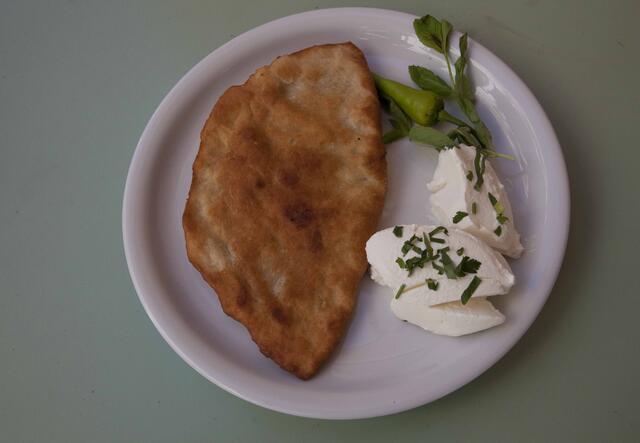