What is causing the growing humanitarian crisis along the U.S.-Mexico border?

The increase of families seeking asylum in the United States, recent changes in U.S. policies, and the lack of available resources and services at the U.S.-Mexico border are putting thousands of people—especially women and children—at increased risk of danger and exploitation.

U.S. Customs and Border officials have noted a serious uptick in families seeking asylum—many of these families were apprehended along the southern border and others were turned away at official ports of entry.

Update, March 30, 2021: The escalating crisis in Central America is the key reason that more people are seeking asylum in the U.S. Like other asylum seekers, unaccompanied children are crossing the southern border to escape violence and persecution. The Biden Administration faces the challenge of unwinding the Trump Administration’s disastrous immigration policy decisions. Find out what is happening now at the U.S.-Mexico border.

Why the increase in border crossings and asylum requests?

The majority of asylum-seeking families journeying to the U.S. are from Honduras, Guatemala and El Salvador. Many of them are escaping gang violence, persecution and domestic violence, and traveling in caravans for safety.

“The hardest part about living in El Salvador is the violence,” says 23-year-old Valentina, who fled to the U.S. after her family was threatened by gangs. “This is what makes life hard, because you leave your house and you don’t know if you’ll return. 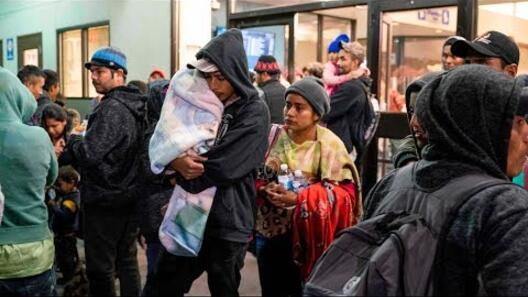 Video
What happens to asylum seekers at the border?

How have changes in U.S. immigration policy contributed to the crisis?

Recent changes in U.S. policy, including “metering” and “Remain in Mexico,” have resulted in long waiting times for migrants to present themselves at one of the more than 20 ports of entry along the border.

“Metering” restricts the number of people allowed to present themselves at a border point on a given day. “Remain in Mexico” forces asylum seekers to return to Mexico, despite risks they might face, to await consideration of their asylum claim.

What have been the consequences of these policy changes?

There are widespread reports, both in the media and anecdotally from migrants living in shelters along the border, that organized criminals and corrupt Mexican officials are using the new U.S. policies to extort and victimize migrants forced to remain in border towns. The risk of kidnapping and deportation are constant; ransom demands and bribes reportedly range from $500 to $10,000.

In March, the International Rescue Committee (IRC) conducted a needs assessment in Nogales, Juarez and Nuevo Laredo, surveying approximately 200 families (representing 600 people) staying in shelters. “It’s clear from our findings that services in towns on the U.S.-Mexico border are simply overwhelmed by the need,” says Bob Kitchen, the IRC’s vice president for emergencies. “Shelters are often operating at three times their capacity, and supporting people for well over a month, when they were designed to house people for just three days.” 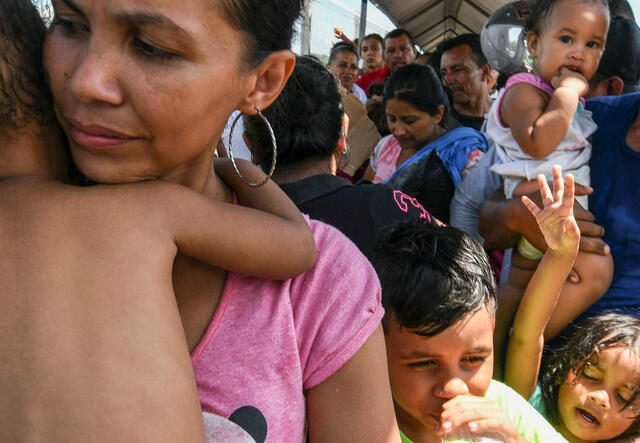 Who is most at risk, and what are their greatest needs?

Children are reported to be at the greatest risk, including the potential of sexual abuse, gang recruitment, and targeted violence. Additionally, women are vulnerable targets of criminal gangs engaging in human trafficking, volence and other forms of persecution. The IRC survey found an unusually high number of families (about 20 percent) citing safety and protection from violence and targeted gang violence as priority concerns, neither of which rank so prominently in similar assessments around the world.

“Our survey found that people report being most in need of food, money and medicine,” says Kitchen. “While access to health care varied across survey locations, no comprehensive reproductive health services were available and two focus groups noted xenophobia or denial of services by Mexican health providers.”

In particular, asylum-seeking families mentioned the need for diapers, baby formula, sanitary pads, shoes, clothing and blankets. A third of the families surveyed said they were buying their own water because they did not have access to safe, clean drinking water.

How is the IRC advocating for change?

As the White House continues to pursue its policy to close the U.S. southern border and push asylum-seeking families into Mexico, the IRC is urging the Administration to uphold asylum protections for desperate asylum-seeking families. The IRC also is calling on the Administration to support Central American countries in their efforts to reduce the violence that is driving people from their homes.

In addition, the IRC is calling for the U.S. to provide funding for humanitarian aid to Honduras, Guatemala and El Salvador. The Administration’s threats to end aid to Central America only undermine efforts to address the root causes, not the symptoms, of this crisis. 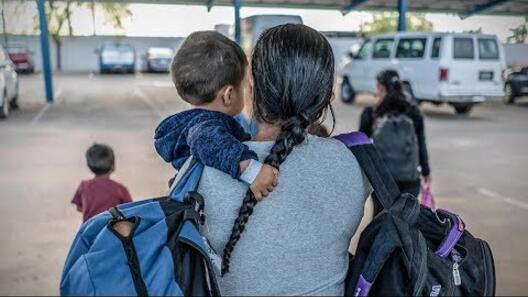 Video
Inside the IRC's center for families seeking asylum

What is the IRC doing to help on the ground?

The IRC is launching programs in northern Mexico to aid migrants and asylum seeking families stuck in border towns. We have started by working to improve assistance to women and girls who are survivors of violence, including providing access to urgent medical care, counseling and other support.

In El Salvador, the IRC is providing emergency assistance to those most at risk to find shelter and safety, as well as cash assistance to people struggling to rebuild their lives. We also launched CuéntaNos, an interactive service that provides trustworthy, up-to-date information for people affected by crisis.

In the U.S., the IRC will continue to help meet asylum seekers’ basic needs, facilitate family reunifications,and  connect people to critical legal services and help them access psychosocial support. In Arizona, for example, we and our local partners provide food, water, medical assistance, legal counseling, clothing and emergency shelter for hundreds each week. Many children who have experienced emotional and psychological trauma can recuperate in a safe space in a day center where they can play and enjoy other activities.

How can you help?

Donate: The IRC helps families and children seeking refuge in the U.S. to find safety and stability as they await their asylum hearings. Donate now to support our efforts.