What happens to children who are separated from their parents?

More than 2,300 children have been separated from their parents at the U.S.-Mexico border since early April as the result of a “zero-tolerance” immigration policy. Families seeking refuge from persecution and violence in Central America have been ripped apart, with parents being sent to federal prison and their children being placed in government detention facilities. Now the government is under court order to reunify them as quickly as possible—but the psychological damage has already been done.

These children have experienced emotional and psychological trauma from being separated from their families, growing up amid violence, and fleeing their homes. This policy is inflicting wounds that may never heal and that may change these children forever.

Even though President Trump signed an Executive Order on June 20 to address this issue, irreparable damage has been done to young lives—and some family separation will continue. The new order may also be short-lived, as a spokeswoman for the Justice Department said the “zero-tolerance” policy remains in effect.

Meanwhile detention centers are filling up and are poorly equipped to handle the young children who are forced to stay there.

“Children are held in what are essentially human cages in customs and border protection facilities, and their parents held in other cages in the same facilities,” said Olga Byrne, director of immigration with the International Rescue Committee. “Then after a few days, the children will be put on a plane to a shelter anywhere in the country which could be Miami, New York, or California, and they will go there on their own without their parents.”

These children are at risk of toxic stress, which disrupts brain development during the most critical times of their lives, and can have short- and long-term effects on their health, behavior and ability to learn.

“I recently heard from a legal service provider in Arizona that as they were inundated by children who had been forcibly separated from their parents, they were talking to a six-year-old blind boy who could only cry and say he wanted his mom,” said Byrne. “They are working with toddlers who can barely speak and are just laying on the floor, screaming, in physical and emotional pain.”

This is also not the first time these children have experienced trauma. Many have been forced to flee their homes in El Salvador, Guatemala or Honduras to escape life-threatening gang violence and persecution. They are constantly in fight-or-flight mode, and are faced with decisions no young person should have to face. 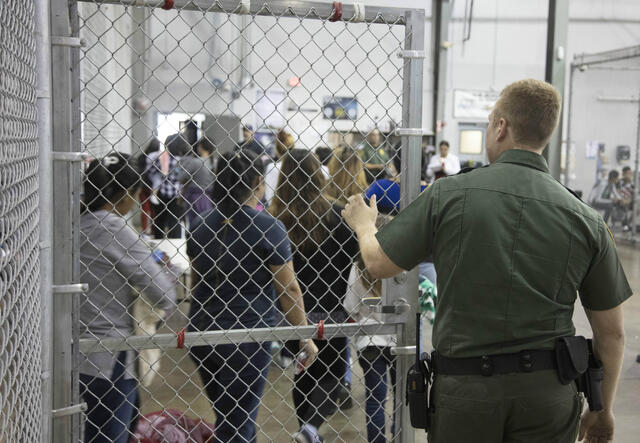 “I think you are going to see very young children faced with a difficult decision: Do I remain in the United States by myself, potentially in the care of a foster family or with an aunt I have never met so I can pursue asylum, because otherwise I might be killed in my own country, or do I take a voluntary deportation to reunite with my parent, who may have already been deported?” said Byrne.

While these children have experienced trauma, it is not too late to help them. Toxic stress can be reduced or reversed by the presence of a protective, nurturing caregiver. This is why children must be urgently reunited with their parents. Once they are reunited, it is critical that they have access to secure and structured environment where they can learn and grow.

In the U.S., the IRC is working with unaccompanied children who are going to be released to families here. It provides suitability assessments to make sure that the homes the children are going to will be safe for them, and then it provides ongoing services, including connecting children with lawyers who can help them with their legal case. The IRC has also, in response to the ongoing violence, reopened its services in El Salvador by providing assistance to families in need.